We already have wireless chargers but both the device and the charger must be in close contact to transmit power. uBeam, a tech startup founded by Meredith Perry, has demoed true wireless charging. 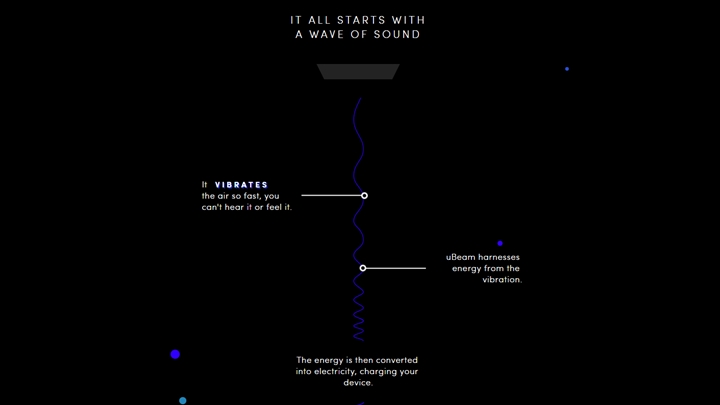 As written in a USA Today article, uBeam was able to prove their concept of wirelessly charging devices through the use of sound waves. How far is the device from the charger? About four feet away.

With the use of a transmitter encased in a large white box sitting in a middle of a room, they utilize high-frequency sound waves that aren’t detectable by the human ear. Those waves are converted into power once it reaches the device using a uBeam receiver case.

This technology is not with limitations. First, the device must be in the direct path of the sound wave. Second, it cannot penetrate walls, people, and other objects. Even a pair of jeans will block the sonic beam. Although, the goal is to be able to charge a phone while it’s in a pocket.

Another transmitter was demoed this time though it uses optical lasers and can charge up to five phones at once. That’s as long as the devices are held at a perfect 45-degree angle.

They are still a lot to work on with this prototype by uBeam before it can become an accessory you can instantly buy at nearby tech store. But, the demo brushes off the skepticism the startup received for quite some time.