How much are you willing to pay for a smartwatch?

How much are you willing to pay for a smartwatch?

This week, wearable technology became huge with Google’s announcement of Android Wear, the operating system that will run wearables; however, for now, lights are on the smartwatch. Along with that, Motorola unveiled the Moto 360 and LG silently did so too with the G Watch. 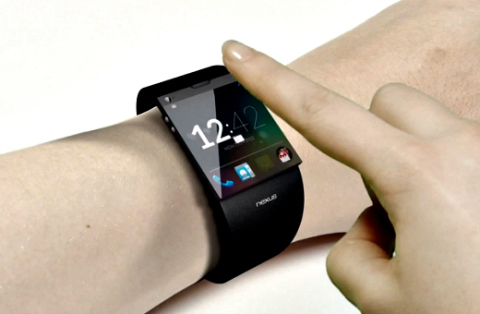 Smartwatches have been slowly gaining traction for a few months now; Razer jumped in with the Nabu wristband, Samsung caught our attentions with the Gear Fit, Pebble has already sold 400,000 smartwatches and there’s a lot more. So far, in the Philippines, we’re not yet getting a good idea of the smartwatch’s market potential; some of the popular ones found locally are the first Galaxy Gear and the Sony Smartwatch – both of which are devices people are still hesitant to buy. Then there’s the Cherry Mobile G1 watchphone that caught a lot of Filipino’s eyes because of its functions and price, but that’s not really a smartwatch.

When you are presented with a beautiful device that wraps around your wrist, acts as an extension of your smartphone, gets your notifications and gives you the information that you need without looking weird (plus a few new features, waterproofing or whatnot), how much would you pay for it? Pebble’s smartwatches are selling for $149 to $249 in the US while Samsung’s Gear Fit and Gear 2 are at around $199 and $299; that’s playing in the range of Php6,500 to Php13,500; with that said, there’s a great possibility that this year’s upcoming smartwatches will be priced similarly when launched.

When the storm comes, are you willing to pay that price? Feel free to leave your answers, comments and opinions in the section down below.