The Cherry Mobile G1 Watch Phone is the local brand’s first venture into the wearable technology. For those who are reading about it for the first time, it’s a dual-SIM-capable feature phone that you can wear like a watch. Let’s find out if the G1 Watch Phone is worth your money by reading our full review. 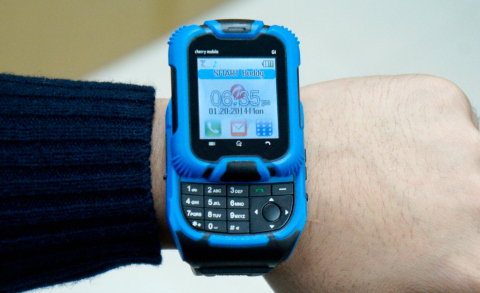 We suggest reading our first impressions of the device first to get you set for our full review.

The 1.44″ TFT LCD Screen has a resolution of 128×128, it’s a very modest display and nothing dazzling about it. It’s fairly decent when used indoors but quite hard to read outdoors. Although you can crank up the brightness, it’s still not enough to combat strong sunlight.

Navigation wise, you can use the resistive touchscreen panels or the keypad to navigate. If you’re used to using capacitive touch screens then this might take some getting used to. On the bright side, the resistive screen is accurate especially if you let your nails to do the pressing. You might want to press a bit harder than usual though as there seems to be a small gap between the plastic screen and the touch screen panel. While the slide-to-unlock feature is pretty nifty, it can sometimes be a problem. If you leave the G1 idle in phone mode for a short time the display auto-lock will kick in and you will need slide down then slide back up just to unlock it which is annoying.

The G1 Watch Phone is dual-SIM capable and accepts regular-sized SIM cards. You can pair up the bundled Bluetooth headset for calls or use the earpiece on top, which is awkward since the phone is strapped to your wrist. But if the situation calls for it, it’s much better to unstrap it first and use the G1 like a regular phone. 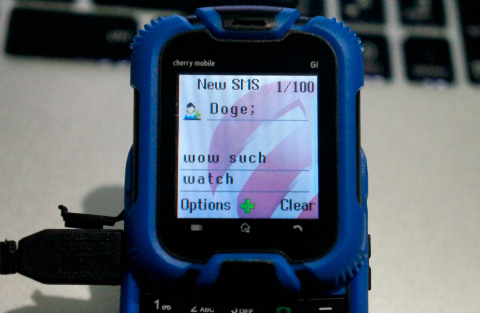 We noticed that the G1’s sound profile doesn’t allow vibration + ringtone for calls. We decided to use vibrate instead which is more helpful than the external speaker whenever we’re outside.

Call quality via Bluetooth headset is clear and very audible. So signs of muffling or distortion. The headset earpiece is good as well but lacks in loudness. This can be an issue if you’re making a call in a loud environment. Texting will obviously involves using the cramped physical keypad. You can type using one finger while the watch is on your wrist but doing so isn’t exactly efficient and comfortable. This can be a learning curve to some but you might find yourself unstrapping it every now and then just so you can text. 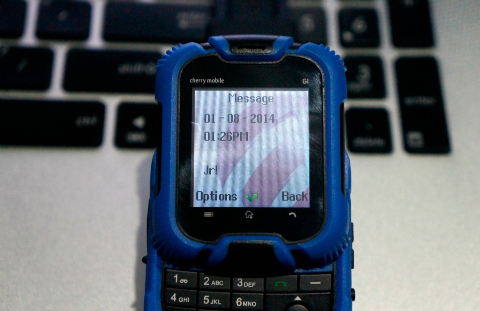 Reading SMS on the G1 is very much similar to old feature phones. You only have two lines to read SMS which is cumbersome when it comes to long messages. You will really need to press that down button to scroll.

Before you can use the camera, music player and other multimedia applications, you need to put a microSD for storage as the phone itself has no usable memory. The G1 can hand up to 8GB microSD cards.

The G1 can play mp3 files with up to 256kbps bitrate, which is quite good for a feature phone. Unfortunately, there is no 3.5mm audio jack to enjoy stereo music on your favourite earphones. We tried paring it to our Bluetooth speakers but unfortunately it doesn’t have A2DP (Advance Audio Distribution Profile) for stereo streaming; ergo, we’re limited to low-quality mono. This is a bit disappointing as the G1 could have been a really good music player. 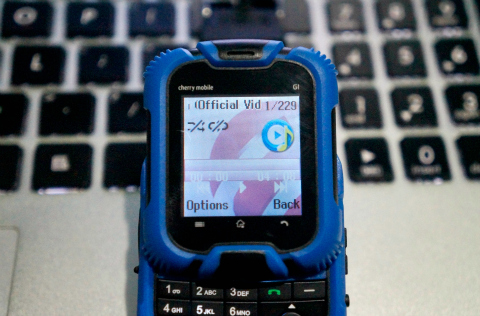 Video playback is also available for .3gp and .mp4 files, but it’s going to be really difficult to appreciate given the 320 x 240 resolution. As for the speakers, it can be utilized both for calls and music playback, however it’s too weak and not exactly enjoyable. A friend even asked if there was a mouse squeaking nearby when we we’re playing some video.

The G1 Watch Phone is equipped with a VGA camera. Image resolutions are at 1280 x 960 which is higher compared to the 640 x 480 pixels found in old feature phones. Still, they’re not exactly worthy for uploads but should suffice when doing “spy shots”. 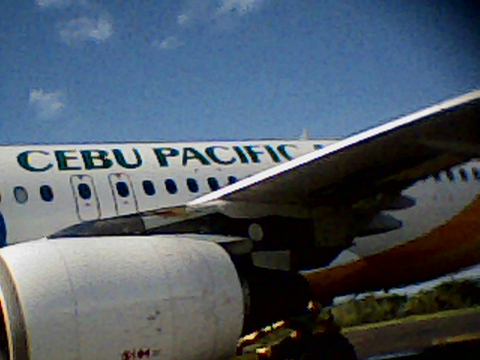 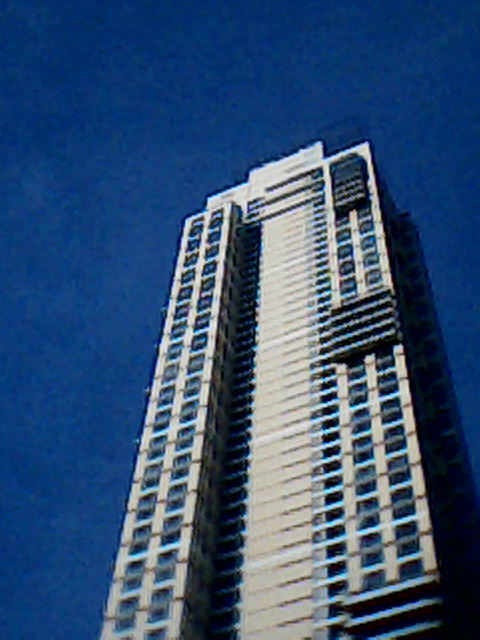 Video recording is also possible with a resolution of 320 x 240 at .3gp format. Details are very low but beats having no video recording at all. Orientation in taking photos and videos can be challenging as well as all photos are normally in portrait mode. So you need to position the watch in a vertical position in order to shoot in landscape. Watch the sample video below:

While the G1 have some learning curve, our biggest challenge was how to transfer files. Due to its thick body, the metal end of regular microUSB cables aren’t long enough to reach the port. To make matters worse, the G1 doesn’t come with its own microUSB cable that fits it so we have to improvise by stripping a standard microUSB cable.

The G1 has a Lithium-Ion battery of 400mAh. It’s underwhelming but in our use we managed to get a good 3 – 4 days of battery life. That is inclusive of average calls (5-10 minutes a day), text usage (15 texts) and usual opening of applications like calculator, calendar and alarm clock. But when paired with the bundled Bluetooth headset, the G1 can last for around 2 – 3 days which still good.

To conclude, the Cherry mobile G1 Watch Phone is a good secondary phone. It can be easily accessed for your casual personal calls or even texts. Being a wearable device, we applaud Cherry Mobile for introducing something different yet affordable enough to be considered by anyone who’s looking for a dual-SIM phone. Surely, there are shortcomings like the weak speakers, absence of Bluetooth A2DP, and the lack of a 3.5mm headset jack and its own microUSB cable, but given the price range I think we can give the G1 a break.

What we didn’t like about it:
* Need a Dedicated microUSB Cable (Not included in the package)
* Need to slide the phone in order to unlock
* No Bluetooth A2DP Support for stereo music
* Weak speakers