This is officially how Android smartwatches will be like

Google has just released a video on how Android wearables would work, specifically smartwatches. They also released the details in their blog and included a developer preview, giving us a glimpse into Android’s near future. 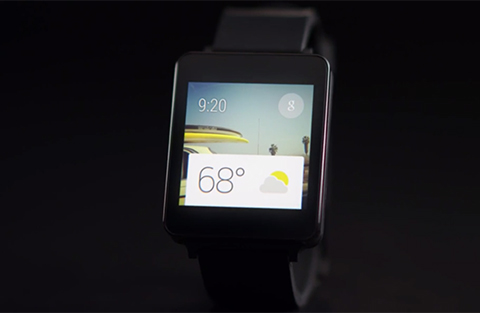 Android Wear is what Google calls it, and it will start with watches being extensions to Android devices. The whole idea is that all the information moves along with you through Google Now. The interface is full of Google Now design elements and the Cards UI, being operated by voice and by touch. As seen in the video, it gives you access to your time, weather, meetings, sports team updates, Hangouts messages, music and a lot more.

Google has been reported to be working on a smartwatch with LG already and the specs have been leaked here. The potential is there as we can all see, but we still have a lot to uncover as the smartwatch race rages on. Stay tuned!

Vera Baker is said to be currently residing on the Caribbean island of Martinique.

He also tells Annie that Theo has been working undercover
within ALC, the same terrorist group that suspected of carrying out the attack.
Louis Blues Enterprises; and James Weddle, managing partner of Edward Jones.

The rounded version is a perfect one. Android should not sabbotage the physical design of a watch.

Sony Smartwatch 2 is now available in the PH, check out my blog.

It is fucking ugly.

hi Sam, I see your point regarding the trend in functions and I too am favoring this when it comes to smartphones(specially the bigger screens and waterproofing)but when it comes to wearables, parang hindi mangyayari yung mass adoption pag hindi appealing ang itsura. But the moto360 (the rounded one) looks very good to me (subjective) summer 2014 US release has been set, I really hope the reviews are good

now this is fugly.. when it comes to watches it should be form vs function

Maybe true for a dumb watch as an accessory but once you insert the word “smart”, functions take precedence over form. There was a time when the mobile phone trend is to become smaller. Right now they are getting larger to support the functionalities.