Trains that will be used for the LRT-1 Cavite extension is set to arrive in July from Spain. 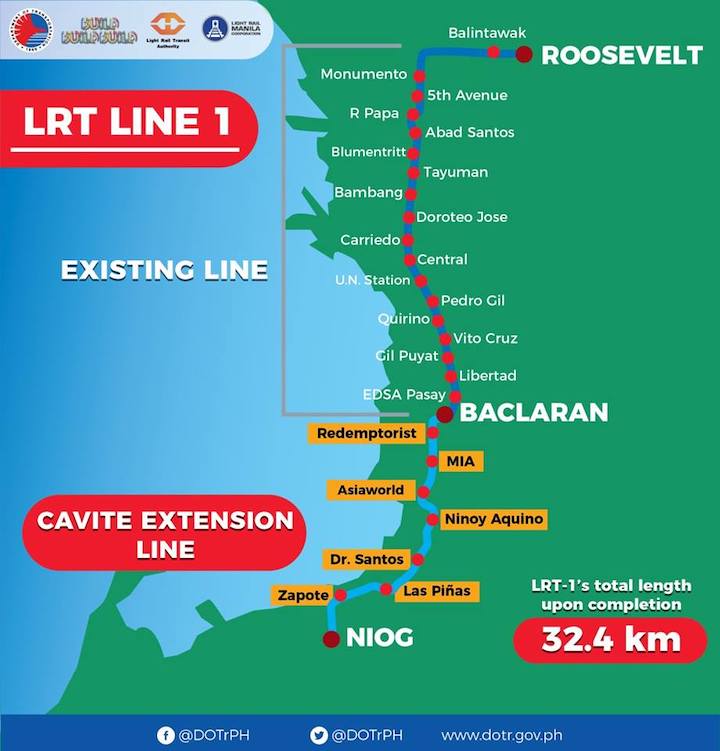 In a report by BusinessWorld, four light rail vehicles of the LRT-1 will be delivered by Mitsubishi Corp. and its technical partner Construcciones y Auxiliar de Ferrocarriles.

The extension will add an 11.7 km segment consisting of eight stations that will connect Baclaran, Pasay, and Bacoor, Cavite.

Transportation Assistant Secretary Goddes Hope Oliveros-Libiran told BusinessWorld that 91% of the right of way for the first phase of the extension project had been acquired.

Libiran also said that the first phase of the extension with five stations between the Redemptorist Church in Baclaran and Dr. Santos Avenue in Parañaque City will start operating in Q4 2021, while the remaining stations between Las Piñas and Niog in Bacoor, Cavite will be completed in 2022.