As good and as feature-packed Google Chrome might be, it still has its fair share of flaws. So if you’re tired of Chrome’s shortcomings, or if you’re just looking for a decent alternative for the search giant’s browser, then here are some of our suggestions. 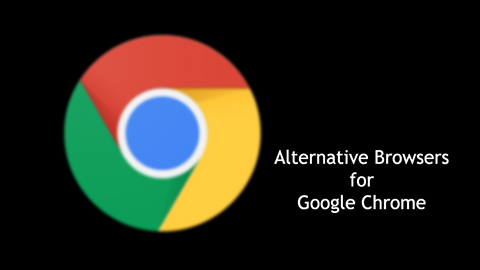 Before we go to our actual list, it’s worth noting that we tried to veer away from the popular Chrome alternatives such as Internet Explorer, Mozilla Firefox and Opera.

This is not to say that these browsers aren’t viable replacements to Google Chrome, but we tried to diversify the selection by providing other alternative browsers that some of our readers might not know about.

We’ve talked to a few people who contemplated on jumping (or has already done so) on to a different web browser. Our main takeaway from these conversations is that they don’t hate Chrome per se, but were irked by some of its aspects or shortcomings.

In a nutshell, they like the idea of Google Chrome, but they want to add/remove some features to tailor-fit it to their browsing needs.

Luckily, there are other browsers that looks and feels like Google Chrome, but are actually not. Confused? Let us elaborate a little bit.

Chrome was built on an open-source browser project called Chromium. This means that other companies can build their own web browser using the same source code or adopt the tool to their existing browser, just like what Opera Software did on Opera browser.

Technicalities aside, users will get the best of what Chromium has to offer and take advantage of the extra features that third-party developers have injected on the browser.

Case in point is Torch Browser, one of the most famous Chromium-based web browser that’s developed with media junkies in mind. It has a built-in media player that can play songs and videos straight from the browser.

Now if security is more important to you than online media consumption or easily getting stuff from the internet, then Chromium derivatives like Epicand Comodo Dragon might be better suited for you.

These Chromium-based web browsers put privacy and security on top of the list by implementing ton of security measures to protect users from malicious websites and data tracking schemes. In fact, Comodo even went as far as removing/disabling some Google Chrome features such as user tracking and Google Updater that sends out information to the search giant.

Another Chromium-based web browser that’s slowly making a name for itself is Vivaldi. The browser was conceived by Opera Software’s co-founder and ex-CEO Jon Stephenson von Tetzchner after Opera browser transitioned to a new layout engine, putting an end to some of its core components in the process.

Now in its third technical preview, Vivaldi aims to provide users the best of what Opera and Chrome has to offer with a ton of unique features on the side for a more seamless browsing experience.

More information about Vivaldi can be found on this link.

If Google Chrome is really not your thing and none of the aforementioned Chromium-based browsers impressed you one bit, then you should take a closer look at Maxthon.

From its humble beginning as an Internet Explorer mod, Maxthon has evolved to be a formidable web browser that sports a plethora of features that rivals and even surpasses the ones found on other browsers.

Some of its notable features include built-in RSS feed reader and note pad, nifty tricks like “Super Drag-and-Drop” (cue lighting and thunder) and split-screen mode, and pre-installed AdBlock Plus that handles annoying pop-up ads.

The 4th iteration of Maxthon saw the addition of the Cloud-based features to the browsers arsenal which can be enabled by signing up for a free Maxthon Passport account.

For some online users, privacy and anonymity are of utmost importance. Whether it’s just for anonymity’s sake or they don’t want their dubious online transaction to be traced back to them, their weapon of choice is usually Tor.

Tor anonymizes communication between two entities by encrypting the data multiple times and directing it through a network of volunteer-operated servers. This method makes it difficult to pin point where the information originated, making the online interaction secured and anonymous.

Illicit purposes aside, Tor has been a popular choice for people who are in the field of work where their true identity and current location are mission critical. Slower loading time is the tradeoff of using Tor, but then again people are willing to put up with this in exchange of anonymity.

Although not as developed compared to other browsers that we listed here, we feel that Microsoft really has good thing going with their new browser called Edge.

At the moment we can’t definitively say that the Edge has what it takes to be a viable Google Chrome alternative (or give PC users reasons not to install Chrome at all) since we still don’t have an idea of how the final build will look and perform. However, judging by the feedback that we received from users who’ve already tried the technical preview, they are willing to give Microsoft Edge a shot.

Microsoft Edge will be part of Windows 10 which is due to make its debut later this month.