AT&T Unite LTE Pocket WiFi while roaming in the US

Since I have a back to back event coverage here in the US (CES in Las Vegas and NAIAS in Detroit) my initial plan was to subscribe to the Globe-AT&T roaming promo which is $15 a day. However, I will be here for 10 days so that’s going to be $150 at the very least. So I went to hunt for an alternative. 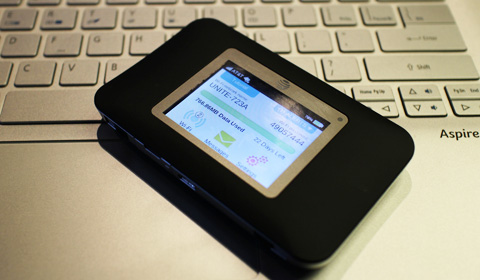 When I was gadget shopping over at Fry’s here in LV, I discovered this prepaid pocket WiFi from AT&T and asked about it. The LTE device costs $99, including the prepaid SIM card. I can then load it with any amount which I can use to subscribe to a data plan.

I was looking for alternatives that would give me unlimited data but found none so I got the device (a Netgear LTE pocket WiFi) and loaded it with $100. 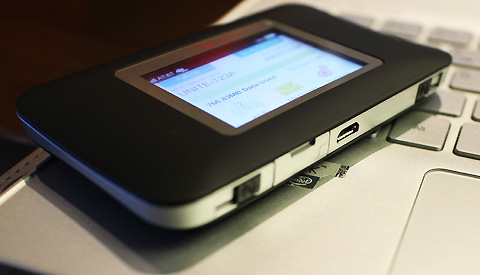 Here’s the data plan offered with the device:

While 5GB might not be enough, I thought I could at least use it whenever I am mobile or in transit and just use the hotel WiFi whenever possible. That way, I could save on the bandwidth consumption.

(Yes, it’s very strange to be restricted with data caps when in the Philippines, we can enjoy unlimited bandwidth for much lower fees!)

The unit is pretty straightforward to use after activating it and subscribing to an AT&T data plan on their website.

Whenever I get an LTE signal I try to test for the speeds and go these.

Not bad for mobile internet although I’ve seen much faster speeds back home.

What’s actually impressive with the device was that it offered up to 10 hours battery life and indeed after actively using it for about 9 hours, I still have around 13% left on the battery.

The SIM card expires in a year so I can still use it whenever I go back to the US in future trips/coverage.

Article Under:data roaming in the us