Why Apple is playing catch up with iOS 7

Why Apple is playing catch up with iOS 7

Apple recently unveiled their newest mobile operating system, iOS 7. It’s slated to leave beta somewhere near September, and it does pack in a lot of tempting new features – but somehow, I still find myself hesitant. 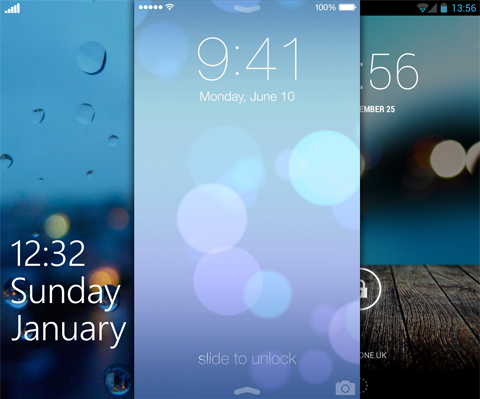 The iOS 7 lockscreen looks like a marriage between Windows Phone’s and Android’s.

The moment I saw iOS 7’s design, I was immediately impressed. My thoughts are set on getting a Windows 8 laptop soon, but now I found myself thinking if I want to reconsider getting an iPad instead – because through that I can have access to a great app store without having the same stale design that people already knew throughout the years.

But the more I thought about it, the more I wanted to stay away from it. When I look at most of the new design elements implemented by Apple, I realize that these things are actually found on present OSes already. 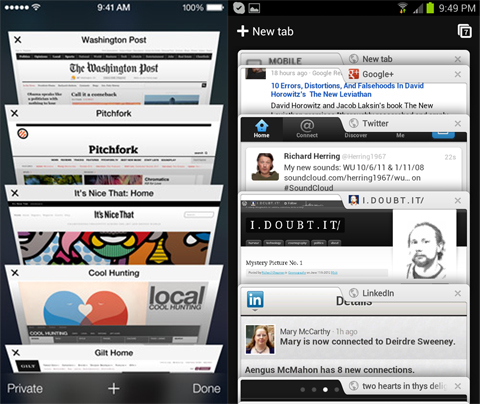 iOS 7 Safari on the left, Chrome on the right 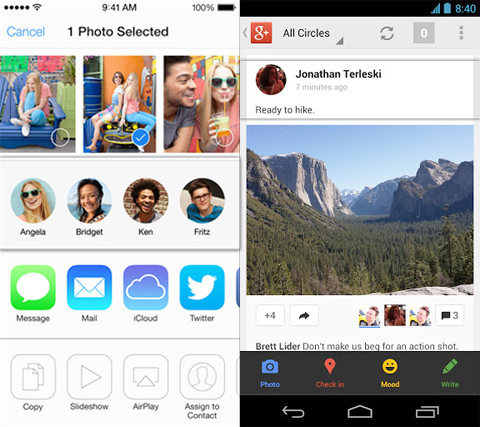 iOS 7 contacts on the left, Google Plus users on the right

Now, I’m sure there are a lot more. For example, some iOS 7 buttons host a similar circular design to those of Windows Phone. Swiping messages and e-mails to show options to delete and more is also a combination of Android & Windows Phone. Not to mention, all the gaussian blur reminds me of Sailfish OS. 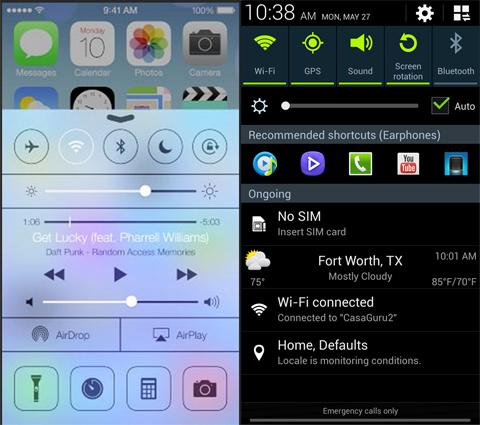 The iOS 7 control bar is like a prettier TouchWiz notification bar coming from the bottom.

Amidst all of these things done by the company, I wouldn’t say iOS 7 is bad. In fact, I think it’s amazing – all because it takes the strengths and weaknesses of other platforms and improves upon it.

I guess what I’m trying to say is, Apple did good – but not good enough. It’s still the well-controlled & closed-sourced OS-ecosystem that we know, only wearing a different shirt. 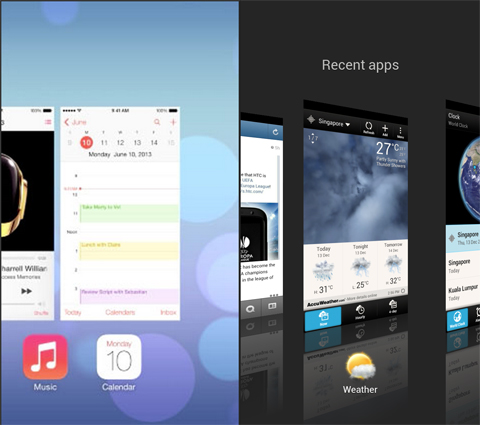 That’s iOS 7 for you folks; the playing ground with big platform players is equal now when it comes to design & functionality, but we’re forgetting something, aren’t we?

The next versions of Android & Windows Phone aren’t out, Windows 8.1 is on the way and rising players such as FireFox, BlackBerry & Sailfish aren’t on the loose yet. All that Apple has left in the pipeline is hardware (iPad 5, iPad Mini 2, the next iPhone).

As much as I feel like I want to board the iOS ship, I won’t just yet.