Is World of Warcraft coming to the iPhone and iPad?

Is World of Warcraft coming to the iPhone and iPad?

World of Warcraft â€“ the MMORPG that most young and grown gamers have prioritized over having a bath or changing an underwear, the bane of all mothers and girlfriends for the increase in their Meralco bill and less frequent dates, is now coming to the iPhone and the iPad. Well, that’s the plan as of the moment.

Senior WoW producer John Lagrave, explained that Blizzard is still determined to port the game to the iOS platform but also admitted that doing so is a very difficult feat. 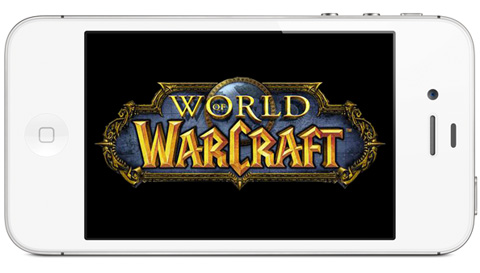 â€œHere’s your platform, you’ve got to put an interface, what do you do? So, yes we have [looked into mobile] and we always are. Maybe we’ll stumble on the great way to put WOW on the phone – maybe we won’t, but we’re certainly looking into it.”

However, it’s good to know that Blizzard will be putting their best efforts into it, not wanting to release a mobile version that no one will use.

â€œWe won’t do it until we think it’s decent. But it’s interesting and the world is evolving towards that little handheld device – I’d have fun on it, that’s absolutely the case. It would be foolish for any game developer to not be looking at that and we’re not – we don’t think – we’re foolish!â€

So when can we expect the iOS version of WoW?

“When we have an epiphany, everyone will know,” Lagrave said. “But for now, no epiphany!”

For our dear readers and gamers, do you think porting WoW to mobile devices is a good idea? With how fast mobile hardware is evolving, the idea seems plausible.