Flydigi is a popular brand in China known for its gaming accessories for mobile, like controllers, gaming thumb sleeves, cooling fans, and headphones. For TWS earbuds, they have the Cyberfox T1. As its name suggests, it’s a TWS earbuds designed for gaming. Check out our hands-on below 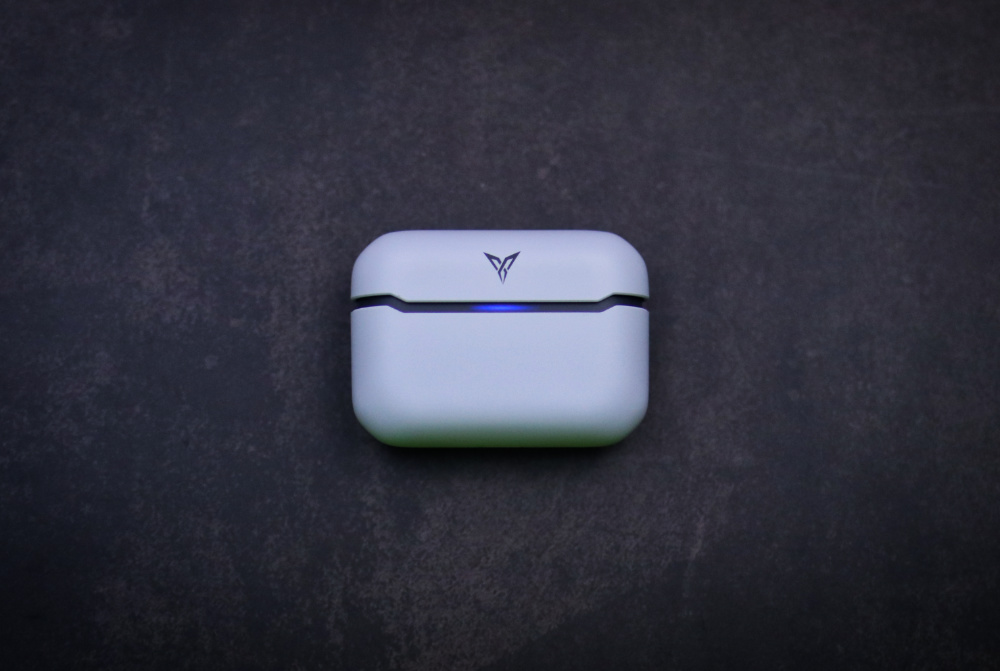 The Cyberfox T1 features a different design compared to the usual TWS earbuds you see in the market. Looking at the case, its most distinct feature is the groove in the middle that separates the top cover from the bottom. The Flydigi logo is also printed on it. 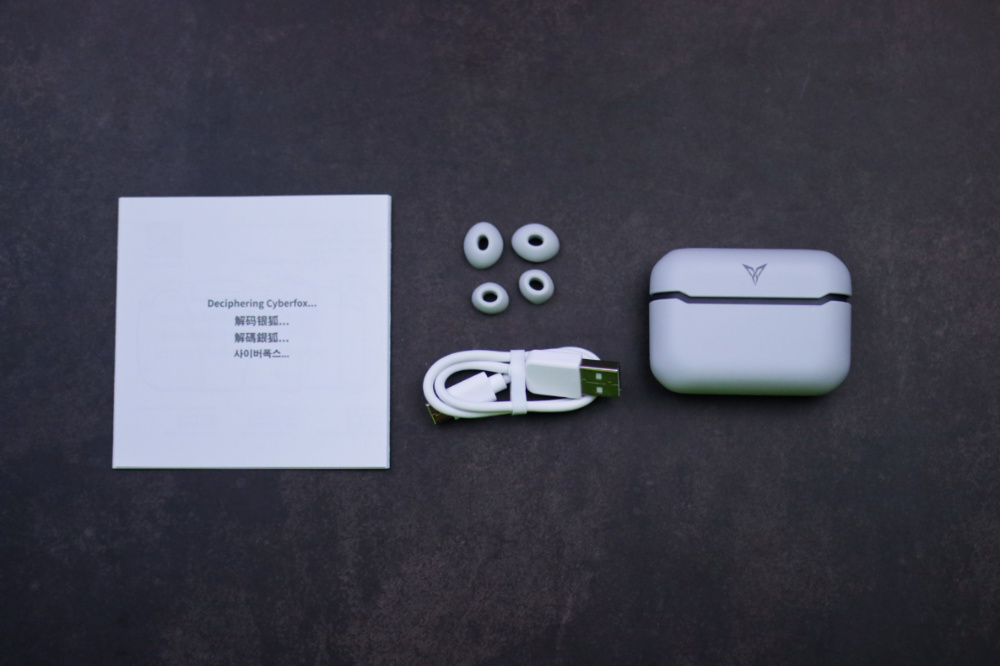 That space in the middle also hides an LED that shines red or blue depending on the battery level. It also makes the Cyberfox T1 look like a “gaming” TWS whenever it lights up. 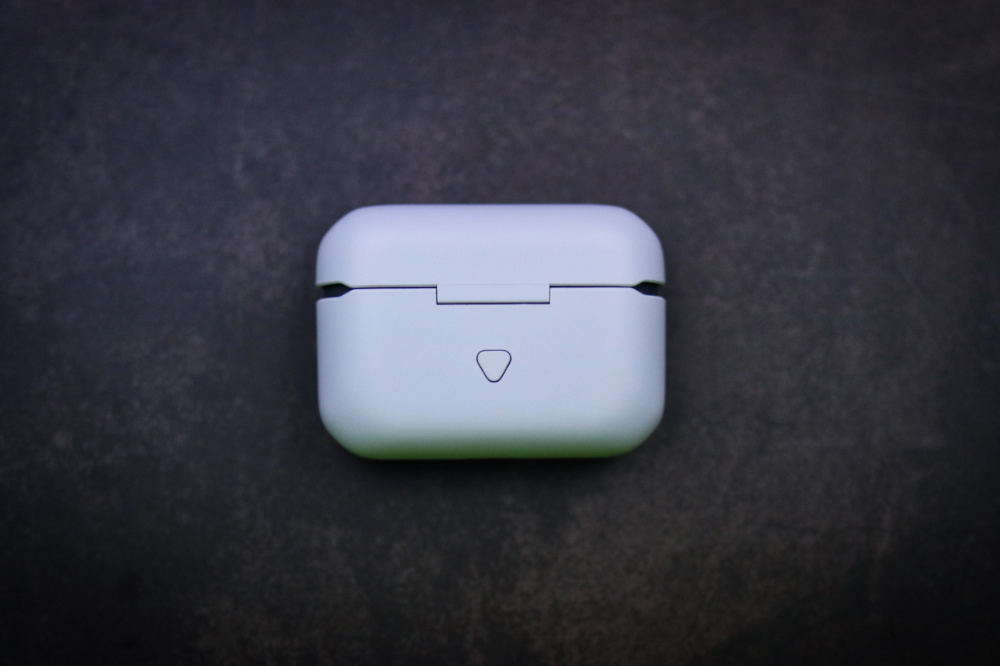 Found at the back is the pairing button. If you need to pair the Cyberfox T1 to another device, just press and hold it for three seconds. The LED will then flash red and blue. 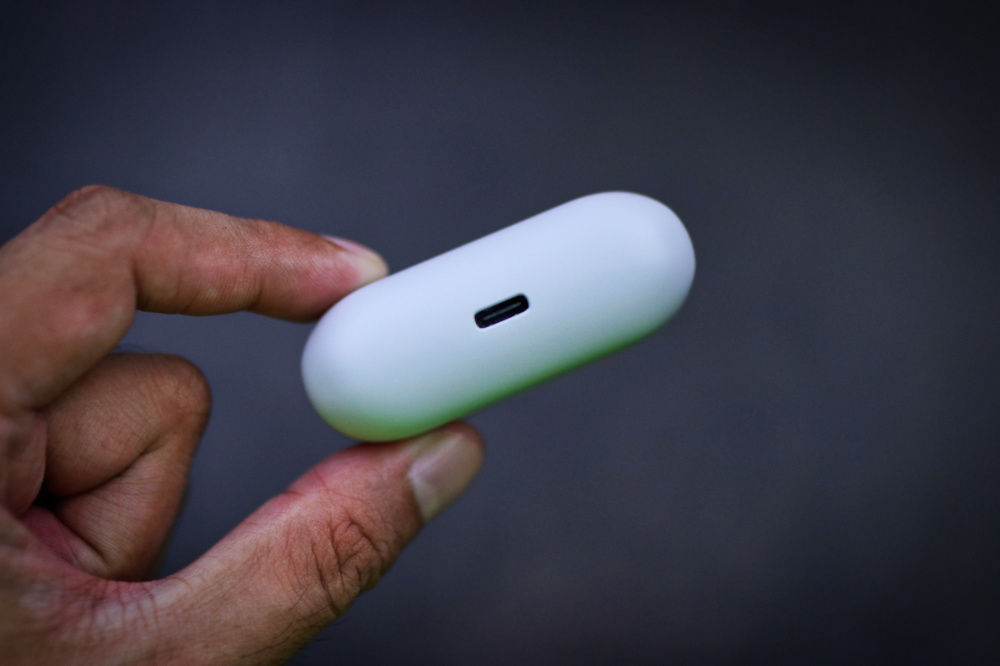 Down at the bottom of the case is the USB-C charging port. 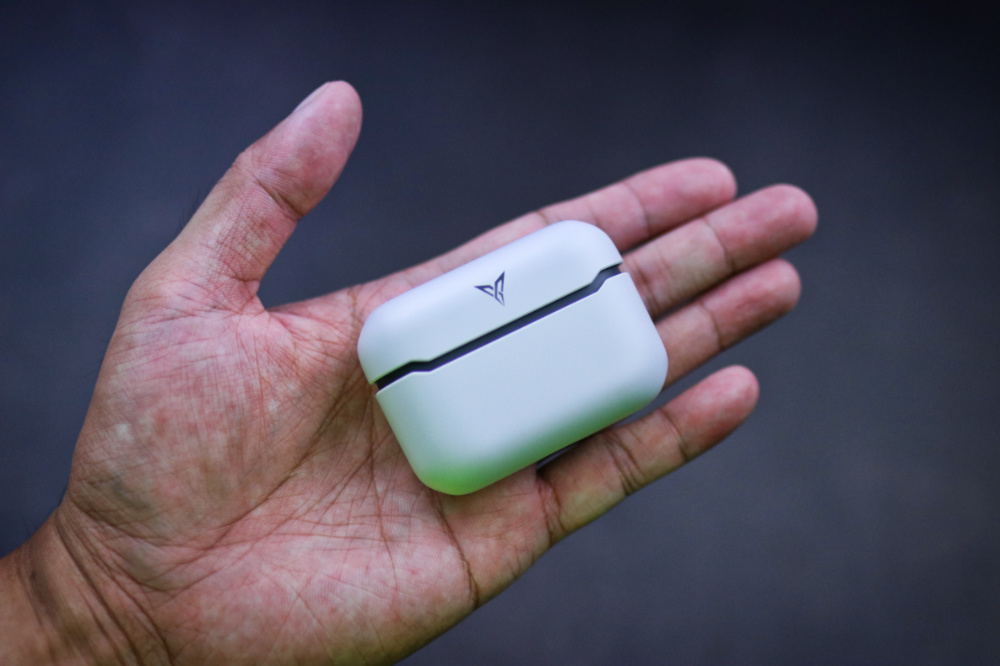 Although plastic, the case feels great in the hands, thanks to the matte finish and slim build. The hinge, though, is not as solid as we prefer as it flexes a bit when tightly gripped. It’s not a big downer though and we think that some users wouldn’t mind it.

Open the case and the LED will light up to let you know that it’s ready for pairing. At this point, you can open your device’s Bluetooth settings and tap on the Cyberfox T1 name. It will automatically pair with your device via Bluetooth 5.0 the next time you open it. 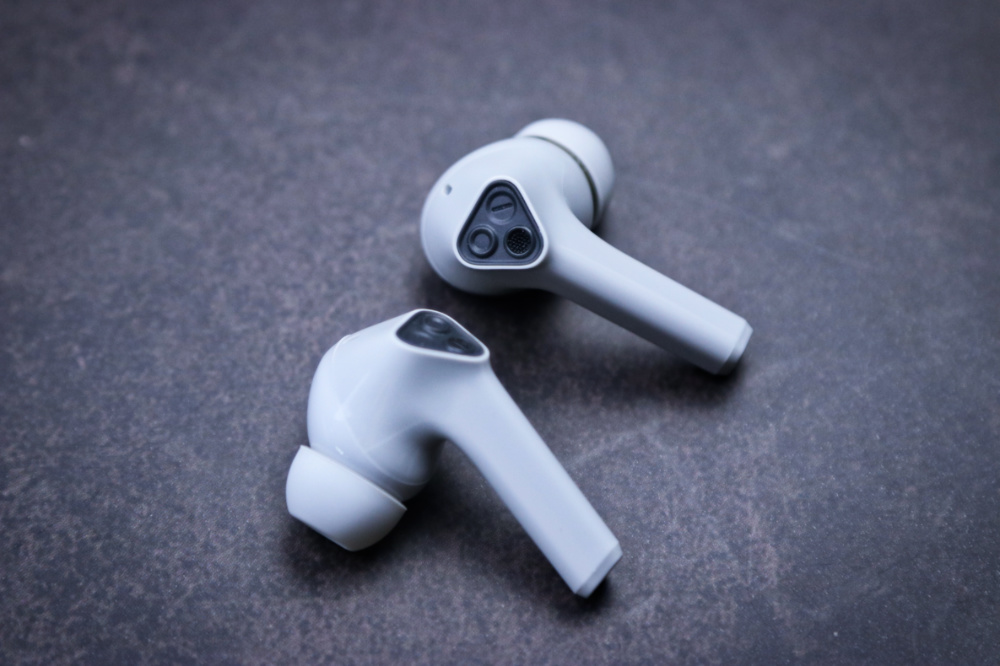 The earbuds themselves also have a different design. Unlike other TWS earbuds with rounded stems, this one is triangular. The area for the touch controls also features a triangular design with intricate details to make it look like it’s for gaming. Check out the touch controls below: 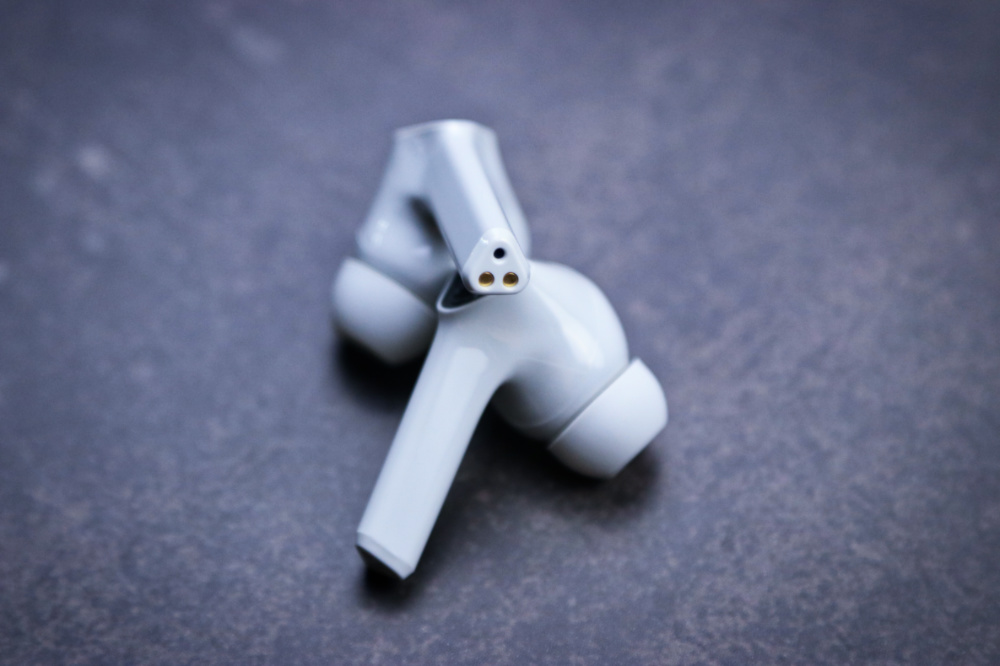 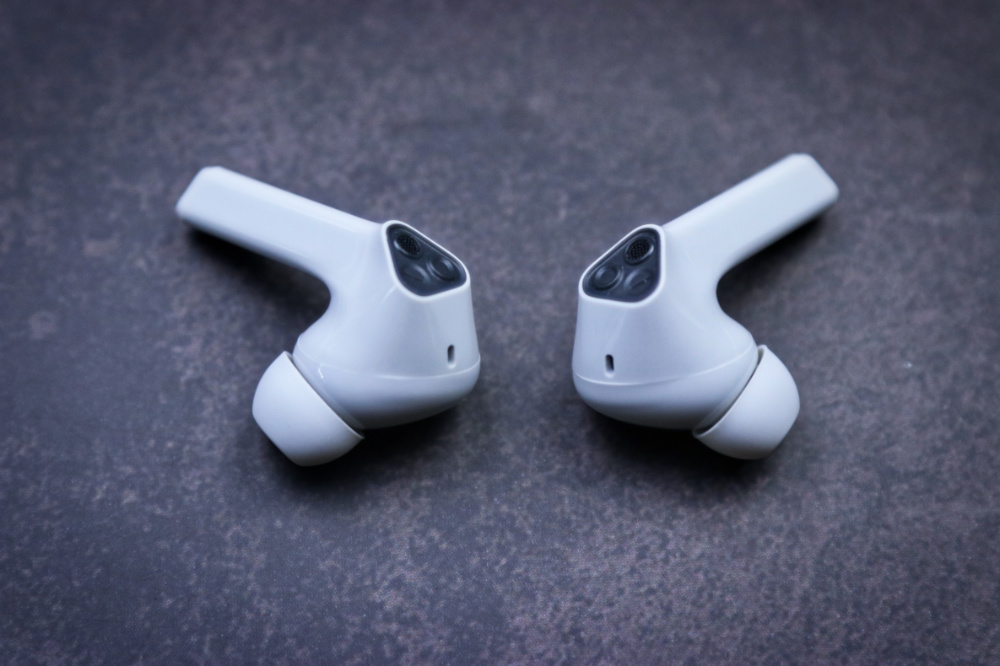 Found at the bottom of the stems are the charging contacts and microphones for calls. Another set of microphones are placed above the buds for environmental noise cancellation (ENC) during calls, which means, it can block out external noises for clearer voice calls. 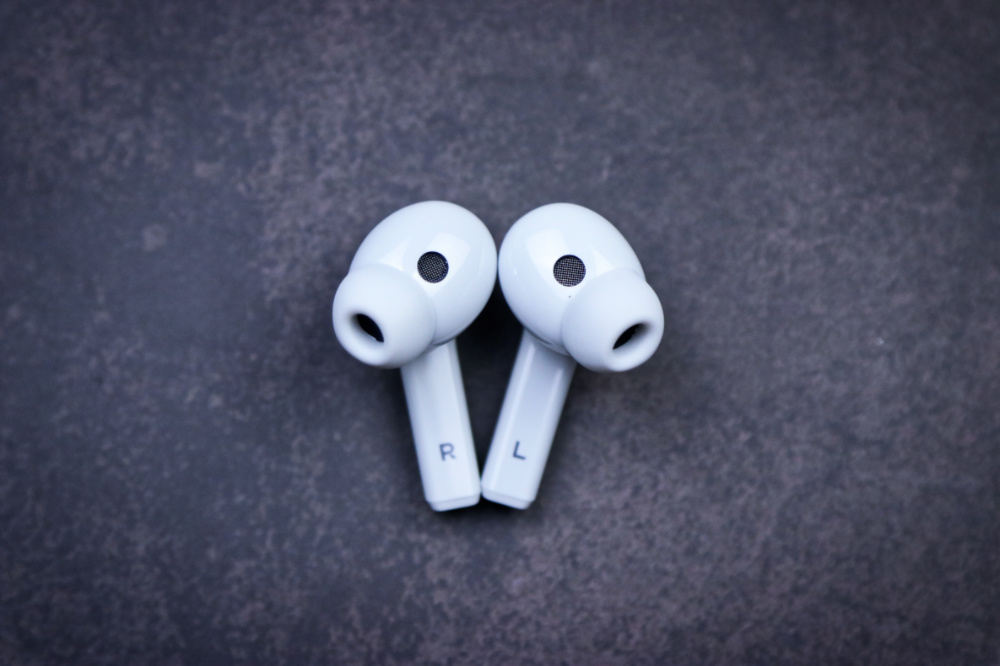 The Cyberfox T1 feels comfortable in the ears and fills the concha well for a secure and snug fit. The triangular stem comes in handy when holding and readjusting the earbuds. The silicone tips provided come in three sizes, so make sure to pick the one that provides the perfect seal. It’s also IP54 certified, meaning it’s dust and water/sweat resistant. 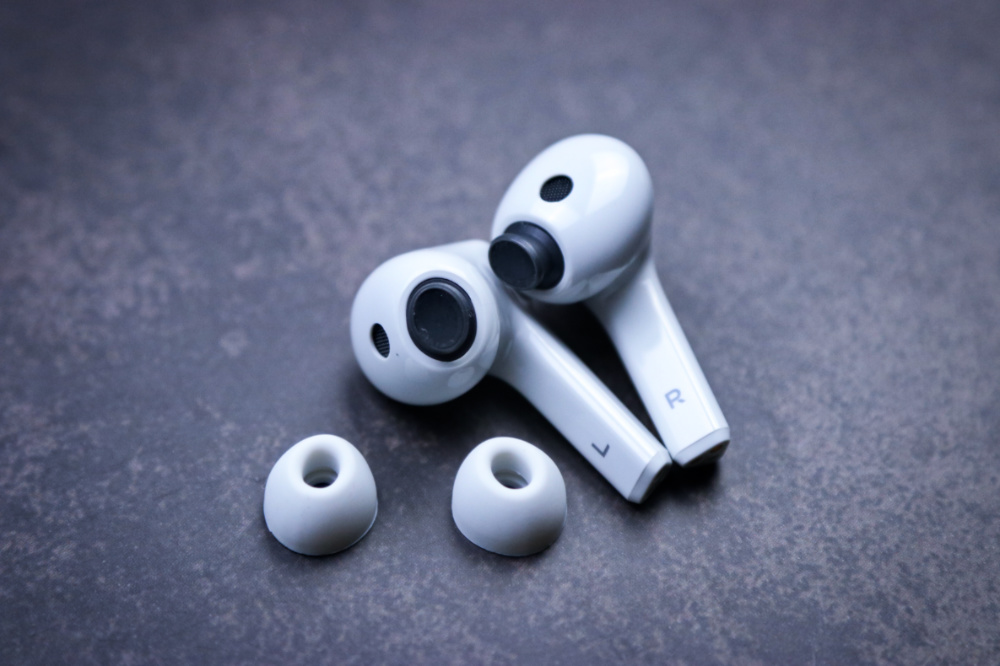 When it comes to audio quality, the Cyberfox T1 is pretty dynamic and loud, thanks to the 12mm drivers. It can be bassy when playing hip-hop music or when there’s an action-packed scene in a game or movie. There are times where it overpowers the mids, but The mids are also delivered well which is important when taking calls, attending online meetings, or watching a series that’s full of dialogue. The trebles, on the other hand, are clear and crisp without becoming sibilant. When it comes to call quality, there’s a noticeable distance from our voice, but still audible and clear enough for voice calls or online meetings. 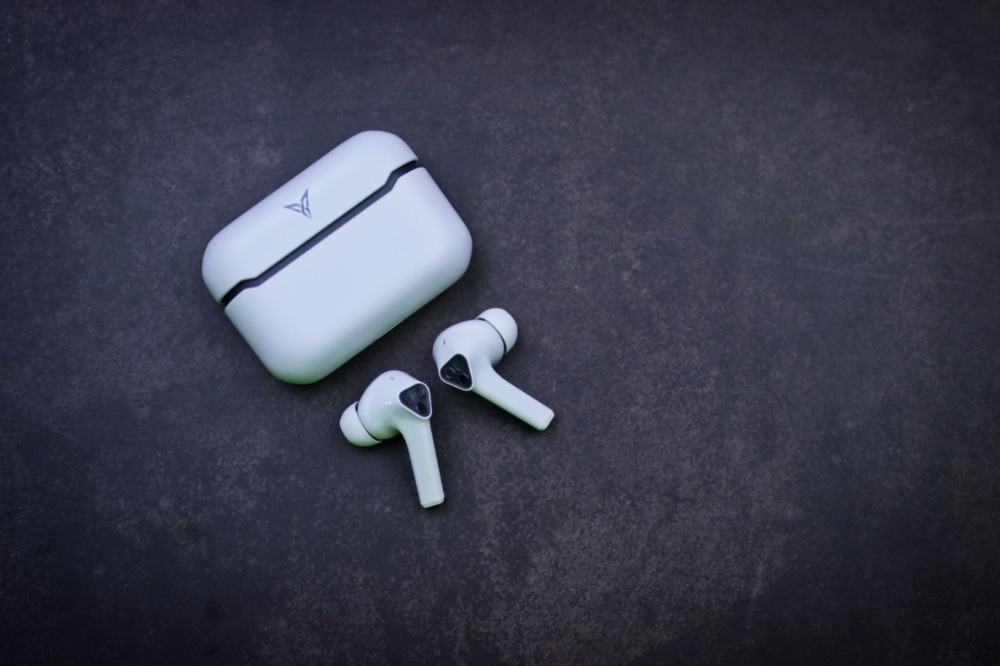 One of the main features of the Cyberfox T1 is the 60ms Low Latency mode for mobile gaming. Typical Bluetooth earbuds have a latency of 100-300ms. A higher latency means you will notice a delay between what you see and what you hear, which is distracting. In a game, you might see the gunfire first then hear the sound a moment later. In a movie, the character’s mouth movement is out of sync with the audio. Manufacturers eliminate that by lowering the latency. In the case of the Cyberfox T1, you’re getting 60ms, so you won’t notice the delay.

When it comes to battery life, the Cyberfox T1 can provide up to 4 hours of playback. You’ll get an extra 20 hours from the charging case, for a total playback time of 24 hours. 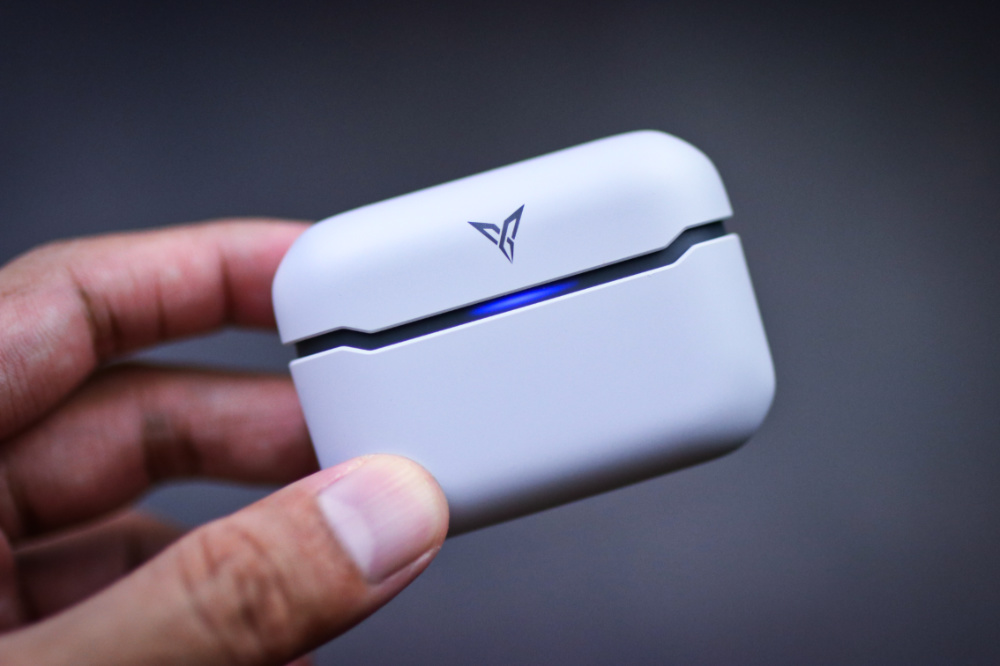 The Flydigi Cyberfox T1 is priced at PHP 3,290. If you’re a mobile gamer and looking for a TWS earbuds with a cool design, low latency, and punchy audio for that budget, make sure to put this on your list.

The FlyDigi Cyberfox T1 is available at the Digital Walker stores.