Samsung latest flagship phablets, the Galaxy Note10 series, are now official and that bids the question — “What’s the difference between the new models?”. We’re here to answer that so read on below to find out! 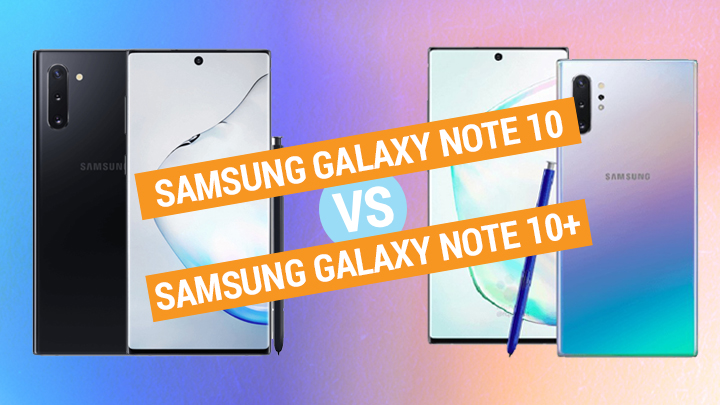 So what’s different between the two Galaxy Note10 variants?

The Galaxy Note10+ is definitely the more powerful model than the Note10; however, some people would prefer a smaller screen size that perfectly fits their hands that makes the Note10 a good option. For viewing experience, though, the former is the better pick since you’ll see more thanks to its size and higher resolution while you can also share what you’re watching with your friends.

Powering both devices is the Samsung Exynos 9825 and the Snapdragon 855 which still depends on the region. Usually, the Philippines gets the former while the latter is available in the US. Samsung’s newest chipset is better performing than its last year’s 9820. We’ll know more about its benchmark scores when we get our hands on the devices. An advantage of the Note10+ here is that it comes with a larger 12GB of RAM while the Note10 has 8GB. Right now, even 6GB of RAM is more than enough for a smartphone to run multiple apps at the same time. Going above this is just overkill but it’s also future-proof so it’s still okay that they have that large capacity.

Storage-wise, the Note10 series now use the UFS 3.0 storage which is great given that this gives the fastest file transfer speed in the market as of writing. One bummer; however, is that the Note10 doesn’t have expandable storage while the Note10+ has it. Although, with storage above 128GB, you won’t really need to have one given that you can store a lot of movies, videos, music, documents, and even games here.

For cameras, both models sport almost the same configuration except for one critical component. The Note10+ comes with a Time-of-Flight technology which analyzes depth information of a subject which amplifies your 3D imaging, AR experiences, gesture recognition, and even background blurring. As for the front shooter, they both have the same 10MP F2.2 sensor which we have yet to see how it performs.

Feature-wise, the Note10, and Note10+ are identical — IP68 resistance, AKG speakers with Dolby Atmos, Heatpipe cooling, and the improved S-Pen. In the previous generation, Samsung introduced the camera snapping capable of the S-Pen while in the new version, it now has an improved pressure level with gesture navigations which is neat.

Last, but definitely not the least, is the Note10 series’ battery performance. The Note10 comes with a 3,500mAh capacity with a 25W fast charging technology and 12W wireless charging capability. The Note10+, on the other hand, has a larger 4,300mAh which can be attributed to its larger screen size, a faster 45W fast charging, and 20W wireless charging.

Given the price, it’s definitely up to you if you want to get a beefier screen size with TOF technology and expandable microSD card slot. However, if you’re not fond of carrying big smartphones, go with the smaller Note10.