Xiaomi has finally announced the pricing of the Redmi Go in the Philippines, a perfect smartphone for those looking for a budget smartphone powered by Android Go. However, there’s another smartphone out there at the same price and runs the same OS, the Nokia 1 and so, we’re comparing the two to find out which one is the better pick. 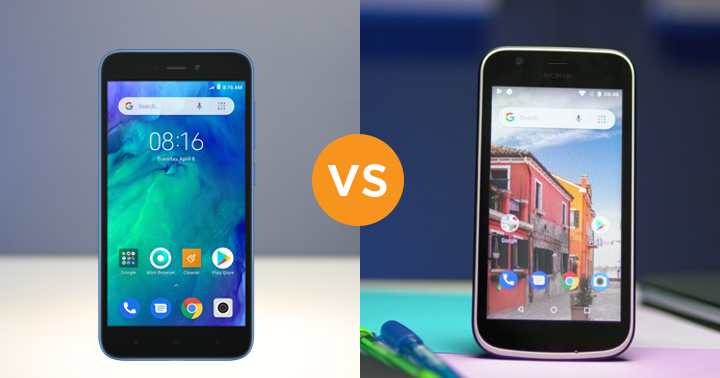 It seems like Redmi Go is the clear winner here for having a larger screen with better resolution. It is also a good choice for those who want to use a microSD card as it has its own dedicated slot so you can still maintain full dual-SIM functionality.

When it comes to taking photos, the Redmi Go also has the upper hand for having a higher resolution for the rear and front cameras. As for quality, we’ll know which one is better once we’ve tested the Redmi Go. The Redmi Go should also last longer given significantly larger battery capacity.

The Nokia 1, on the other hand, has its own merits like an updated Bluetooth version and a removable battery which makes it easy to replace if ever it causes problems in the future, and replaceable back cover if you want to personalize it a bit, just like the old Nokias.

Powering both devices are 1GB of RAM and Android Go based on 8.1 Oreo. In terms of performance, the Snapdragon 425 chipset of the Redmi Go is faster than the MediaTek MT6737M of the Nokia 1 based on their clock speed.

The Xiaomi Redmi Go and Nokia 1 are both priced at PHP 3,990, but if you’re going to choose, we recommend the Redmi Go.