What happened to Blu-ray and HD DVDs?

Before today’s digital streaming began, there were Blu-Ray and HD DVDs. These silver discs usually contain classic movies or TV series in the past, or important digital files such as PDFs, images, audio, and other documents. These storage devices revolutionized the way we safe-keep digital data, offering more portable options. However, the demand for optical discs decreased, which eventually led to the discontinuity of production in the late 2010s. 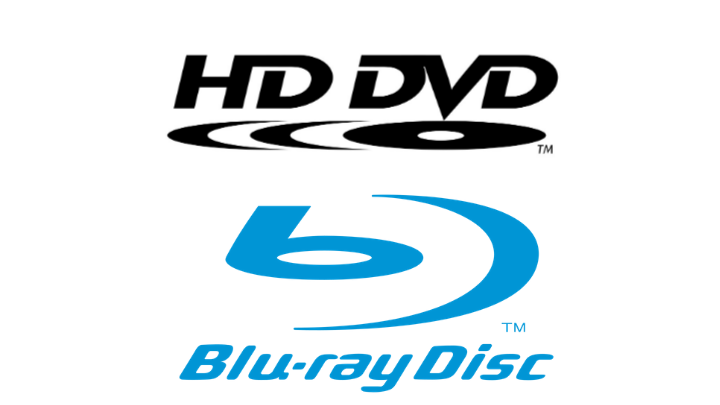 As television systems go digital in 2005, the need for optical disc standards became more logical. Specific brands started to manufacture consumer-grade, high-definition players, along with the entry of HDTVs in the global market. In 2002, films became suitable for display on wide flat-panel HDTVs. Compared to traditional ones, HDTVs have higher picture resolution at 1,920 by 1,080 pixels. However, at that time, cheap alternatives for recording and playback of HD content were yet to be discovered. In the early 2000s, two competing video formats suddenly emerged in the market, employing Shuji Nakamura’s laser emitting light in the blue-violet end of the visible spectrum. These rays have shorter wavelengths coupled with improved lenses, and thus permits a higher amount of data to be written on each disc. These standards are the Toshiba-proposed and DVD format successor High-Definition DVD (HD DVD) and Sony-developed Blu-ray. 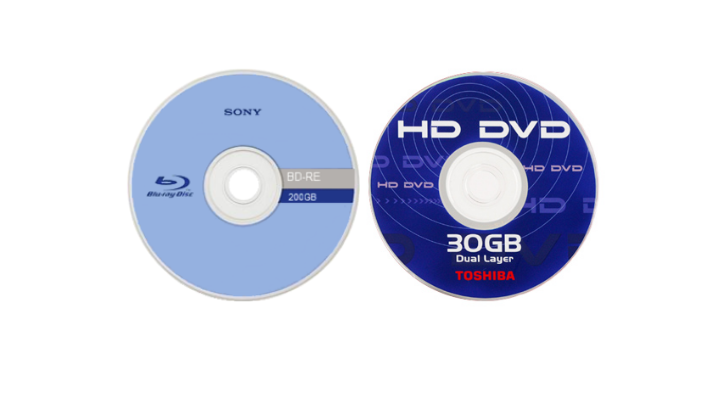 Blu-Ray and HD DVDs may share similar looks at first glance, but they are very much different in terms of storage size, bitrate, format support, quality, and other technical specifications. The Blu-ray’s double-layer can store more information from 25 to 50GB compared to the HD DVD’s standards of 15-30GB. Blu-Ray has a higher bit rate size at 53.0 Mbit/s for raw files, 48.0 Mbit/s for audio, video, and subtitles, and 40 Mbit/s for video alone, which indicates that it can transfer and play audio and video files on high-quality. And since it has a larger storage capacity, Blu-ray discs can store higher video resolutions in 4K Ultra HD formats with dynamic ranges, while the HD DVDs have a picture quality of 1920×1080 in 30p.  Playback time is also longer in Blu-Ray with 22.2 hours in standard definition and 5.6 hours in HD with MPEG format compared to HD DVD’s 13.3 and 3.3 hours. Blu-Ray also supports more audio formats compared to HD DVD, which delivers a high-fidelity audio experience. 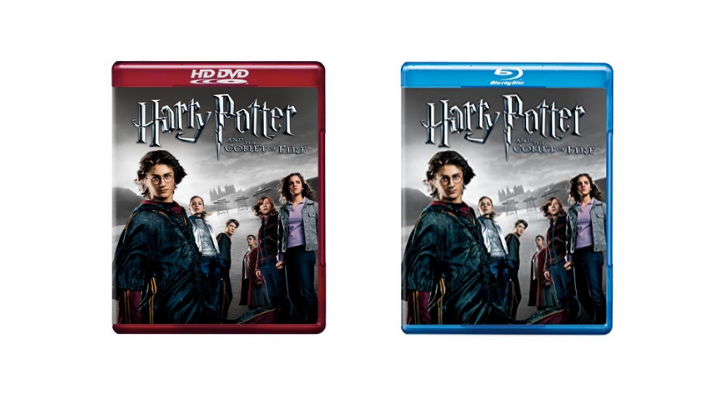 Apart from film studios and distributors who want to vote on a unified video format for their content, game companies also started to pick sides and bring high-definition standard in gaming to make their content more immersive for gamers. Sony is one of those companies and started using Blu-Ray from the PlayStation 3. Blu-Ray also gained much more support from other businesses that in 2018, Toshiba announced that it is abandoning the format and will no longer manufacture HD DVD drives and players. The HD DVD Promotion Group was also dissolved that year.

However, the emergence of video-on-demand and online streaming services started to take its toll on Blu-Ray. Cloud computing also provided consumers more storage and can support more file formats remotely. Even software developers like Adobe have made it possible to offer their software through the cloud and grant access to linked devices with an internet connection. The sales for Blu-Ray started to decrease by 2014, which is mainly caused by Netflix and Amazon Prime Video.

As the demand continues to crash, Samsung announced that in 2019, it would stop bringing in Blu-Ray players in the US. As of today, Blu-Ray only had a niche market, which is composed mostly of classic movie collectors and gamers who are looking for films and compatible games to play on their consoles.

Like with other older storage formats, it’s not hard to imagine that the optical disc will soon become obsolete. New technologies will soon be used for large-scale storage like Microsoft’s Project Silica. And with the arrival of 5G, we’re more likely to stream content than have a physical copy.