Marvel’s Avengers: Infinity War is now showing in theaters nationwide and along with its launch are three Infinity War themed Acer laptops. Today, we will be checking out the Acer Nitro 5 Thanos Edition. We have reviewed the Acer Nitro 5 Intel Core i7 variant before but now, we’ll be taking the i5 variant for a spin. Of course, there are no spoilers ahead so read on! 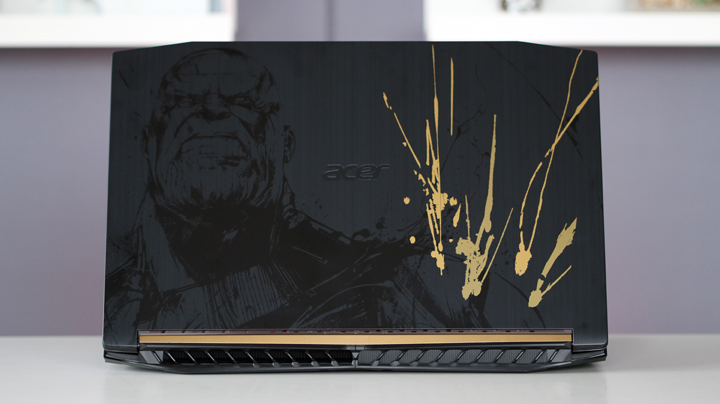 Author’s Note: #ThanosDemandsYourSilence so no spoilers in the comments section, please.

There is no physical difference in the materials between the i7 and i5 variants. What’s new, however, is the awesome design of the Thanos edition. An addition to the already premium design of the Nitro 5 is its gold-colored ink blot with Thanos’s sketch beside it that looks elegant even for non-marvel fans. People would find it hard to see it without proper lighting due to the contrast of colors.

Opening the lid shows the gold colored hinge that was originally red for the Nitro 5 series. The keyboard looks the same with its red outline on each key. The right and left side of the hand-rest has a sketch of what it seemed like allies of Thanos in the movie. 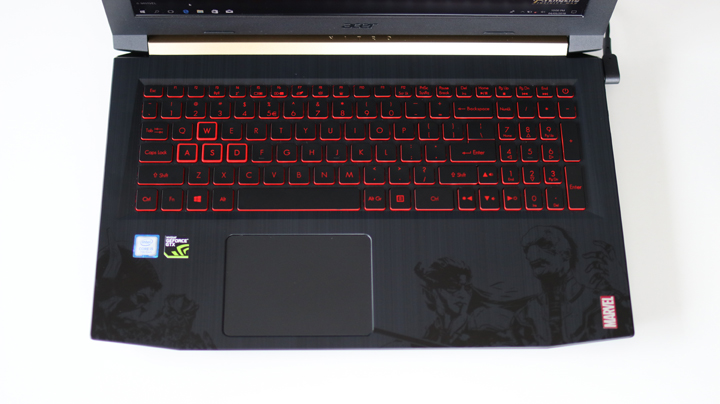 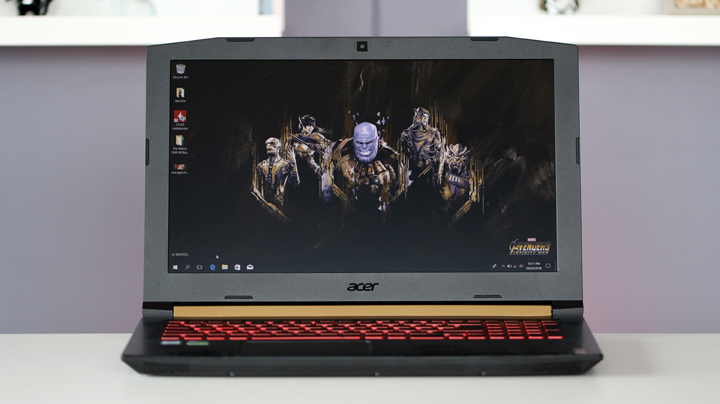 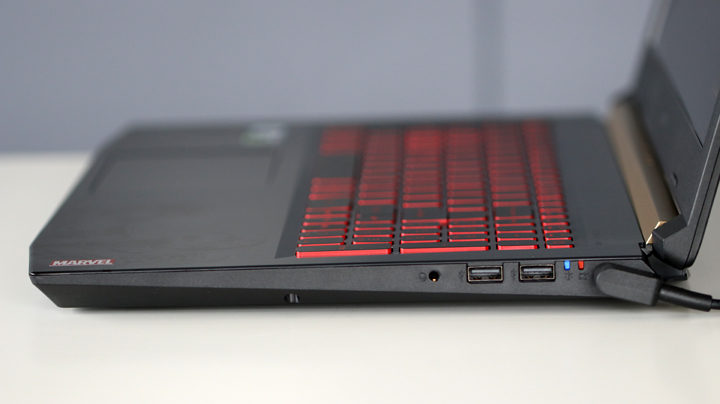 The Kensington lock, RJ-45, USB 3.1 Type-C, HDMI, USB 3.0 ports, and SD card reader can be found on the left side of the laptop.Like we said before, we are disappointed with the laptop having only one USB 3.0 port. There are two Dolby Audio Premium speakers located on both sides of the laptop. 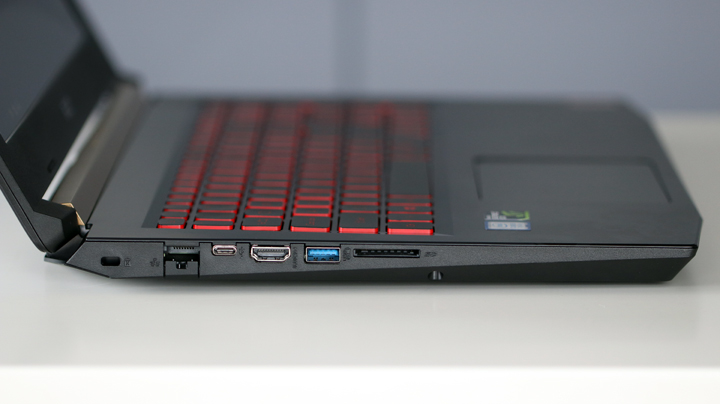 There are no changes to the keyboard layout and design as well. It uses a standard type of chiclet that has backlit red-colored keys. It would have been cooler if some of the keys were colored after the Infinity Stones. Like usual gaming keyboards, the “W”, “A”,”S”,”D” keys are emphasized in color. The keys are comfortable upon using, but we found the Enter and backslash, along with the up and Shift keys to be problematic for users who are used to press them since they don’t have any space between them. The trackpad below serves as a clickpad altogether. One thing that we noticed is that it does not have any dividers for the left and right click buttons which may confuse users at first. We noticed that the unit we received has a trackpad with a slightly submerged area that makes it weird when we ran our fingers across it. The Nitro 5 has a solid build quality due to its little keyboard flex, sturdy hinge, and flexible screen. Lifting the laptop with one hand is also possible due to its relatively lighter mass compared with other gaming laptops, which makes the device a good travel buddy.

The Nitro 5 has a 15.5-inch IPS wide-angle LCD display with a 1920 x 1080 resolution. The display is clear, vibrant, and color accurate while viewing angles are also decent. One notable difference that we noticed is that in the Thanos edition, the logo for Marvel’s Avengers: Infinity War shows up when it starts booting up. The default wallpaper features Thanos with his allies which is a nice touch. 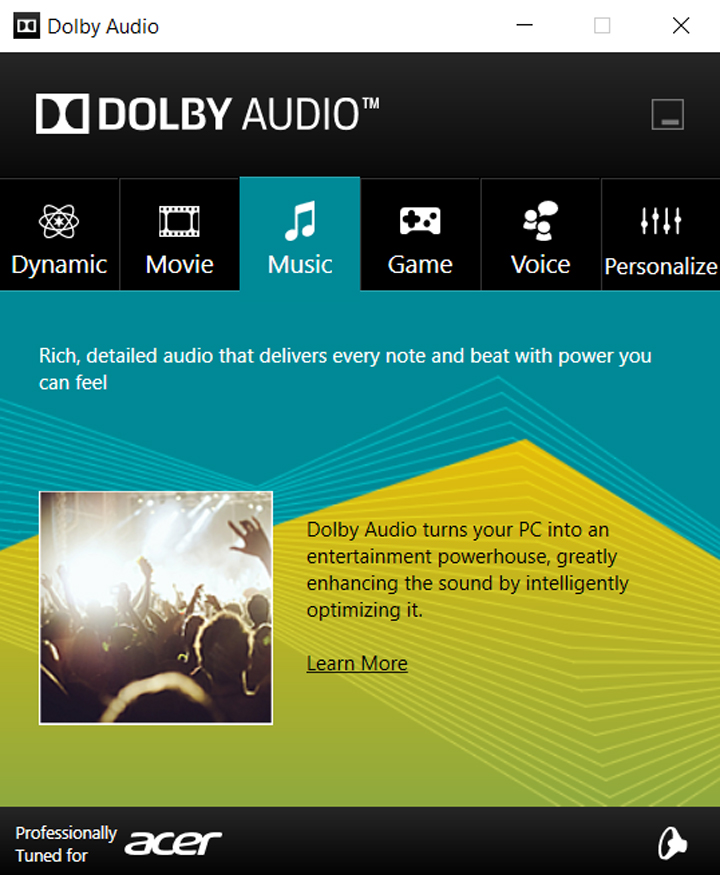 The speakers are still impressive due to its loudness thanks to Dolby Audio Premium sound technology. It has a built-in Dolby application in which users can adjust the sound quality to their liking. The sounds may be loud but when it is put at maximum, it starts to distort and just does not sound good.

The Nitro 5 runs on Windows 10 Home with some pre-installed applications courtesy of Acer like the Acer Collection, Acer Care Center, and some games like Minecraft, Candy Crush Saga, and the likes. The Thanos Edition does not have anything new on its applications so it still has the same applications.

See also  Triple-Core Acer Aspire AS4553 in the flesh 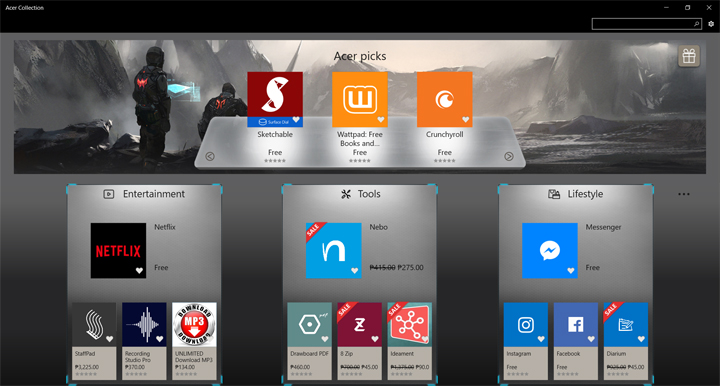 Just like the Nitro 5 that we reviewed, the Thanos edition has a 128GB SSD and 1TB HDD.

The Nitro 5 Thanos edition runs on Intel Core I5-7300HQ, NVIDIA GTX 1050 GPU(4GB), and 8GB DDR4 RAM that is expandable up to 32GB. Users can play AAA games on this laptop but it needs to lower the graphics settings. Here are the benchmark scores that we got from the Nitro 5 79N0 variant that has an Intel Core I7 processor with NVIDIA GTX 1050Ti GPU.

Author’s Note: The difference in the scores from both variants are somewhat significant with the Thanos edition performing less overall. 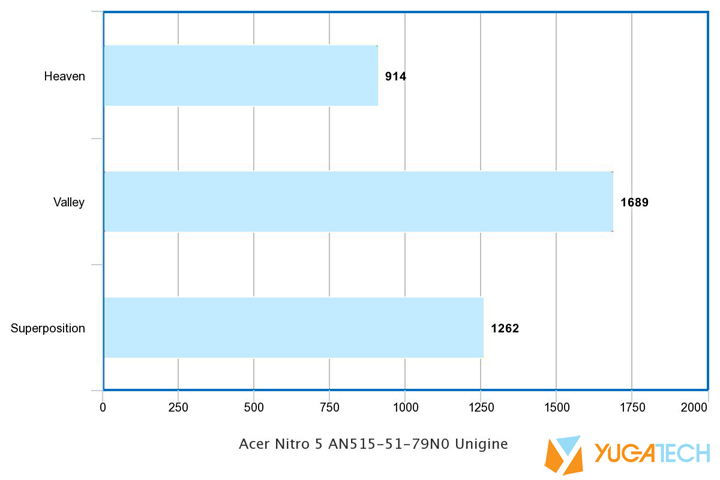 The device has a WiFi 802.11ac and Bluetooth connectivity, a standard for every laptop nowadays. When tested, they both worked normally without any problems.

The laptop has RJ-45 for LAN connections, a USB 3.1 Type-C, HDMI ports, and SD card slot. It also has a lone USB 3.0 port on the left while having two USB 2.0 ports on the right. One thing that we did not like the Nitro 5 series is the lack of additional USB 3.0 ports. What we have in mind is at least two USB 3.0 ports with only one USB 2.0 for peripheral connections such as the mouse.

We subjected the Thanos edition in our video loop test (1080p video, 50% brightness, 50% volume). It lasted for 8 hours and 15 minutes which is still pretty impressive for a gaming laptop. This means that users can make this as a travel companion while being awesome. 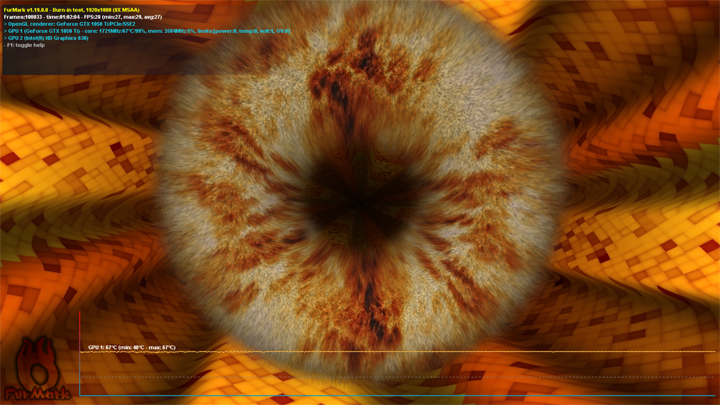 The high temperature of the CPU can be attributed to the cooling system of the Nitro 5. The exhaust fans are loud and easily heard in closed rooms, which can be distracting to other users. 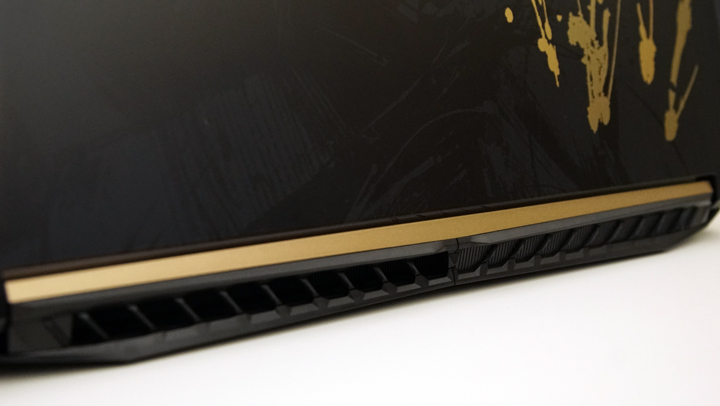 One thing that we like about the Nitro 5 is that even at the maximum attained temperature, the keyboard and touchpad don’t warm up to a level where users will get uncomfortable.

The Acer Nitro 5 Thanos Edition is simply a must-to-be-purchased gaming laptop if we let our hearts decide on it. If the packaging itself made our mouths water, our eyes are teary-eyed when we saw the actual unit itself. 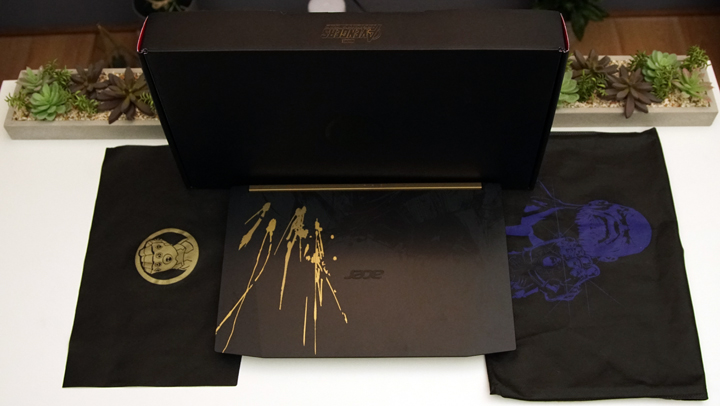 However, there is one major problem that users will face. The performance is decent enough for daily tasks and playing games but is it really worth the Php70K price tag? If users are more than willing to spend extra money to have this limited edition design, then go ahead. However, we would still recommend users to buy the Intel Core I7 with NVIDIA GTX 1050Ti GPU variant for Php59,990.