Just early last week, GoPro held its event here in the Philippines where they showed off the new Hero5 Black, Hero5 Session, and Karma drone. We pre-ordered the flagship model and bought it the first chance we got.

Today, we share our thoughts on it. Is it what we’ve been waiting for ever since the Hero4 lineup? Join us and find out. 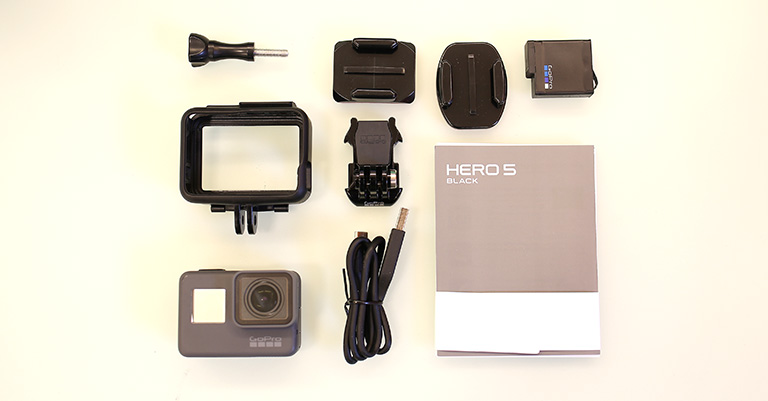 One of the key features of the GoPro action camera is its portability and it still hasn’t changed for the Hero5. In fact, since it no longer needs a separate, bulky case, the camera is now more compact to hold and carry around as it could even slip into a pocket with no fuss. 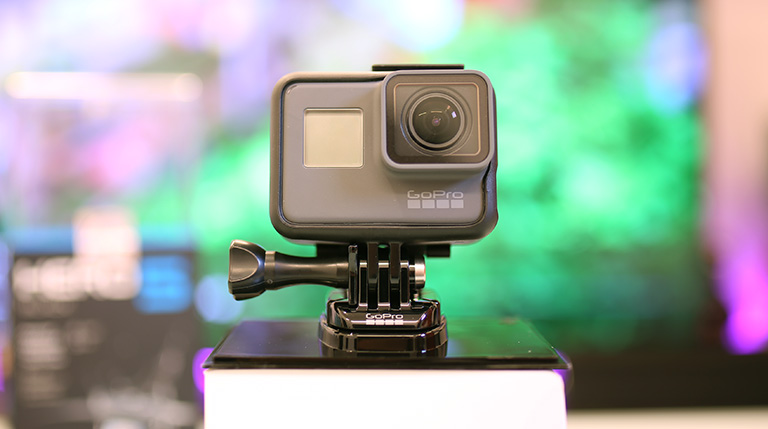 Even with the frame protecting the edges of the Hero5, it still isn’t as bulky as the previous Hero devices with their waterproof housing. Making the action cam more robust and water-sealed greatly favored portability and we’re really happy about it. 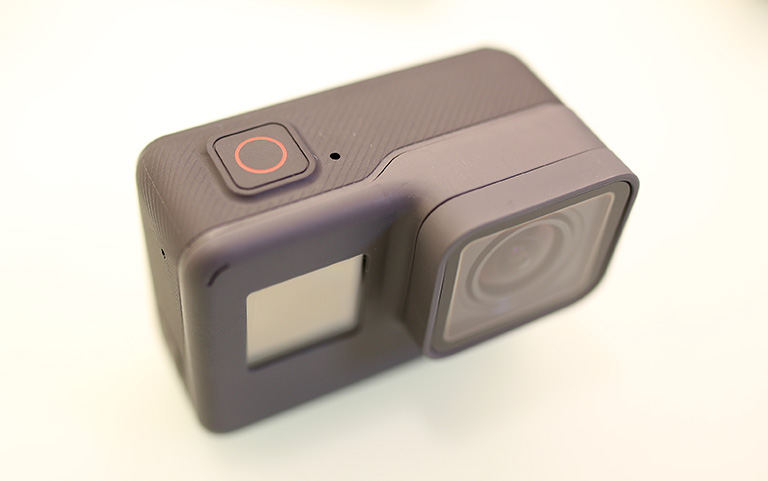 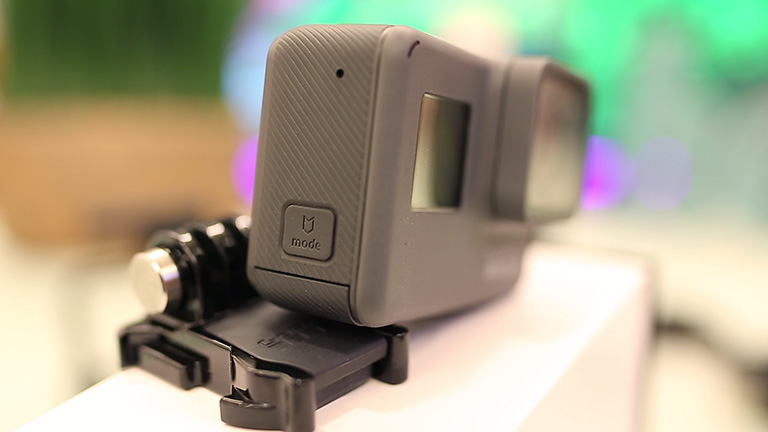 There’s another button at the right side which cycles through the available modes, and since the attached display is touch-sensitive, the Hero5 is simpler to operate with its 1-button setup. 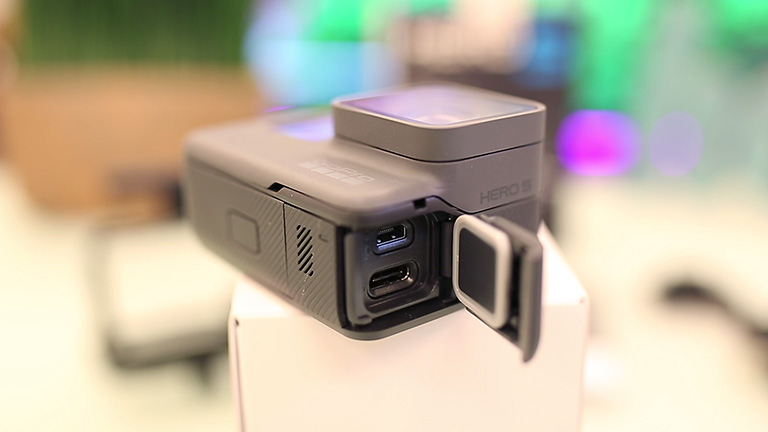 At the lower left side is another cover that seals and protects the USB Type-C and micro HDMI ports. This cover is also completely detachable so that you could put its frame on and charge your GoPro while shooting.

Thankfully, the company already went for the latest in USB implementation and veered away from the outdated mini USB. 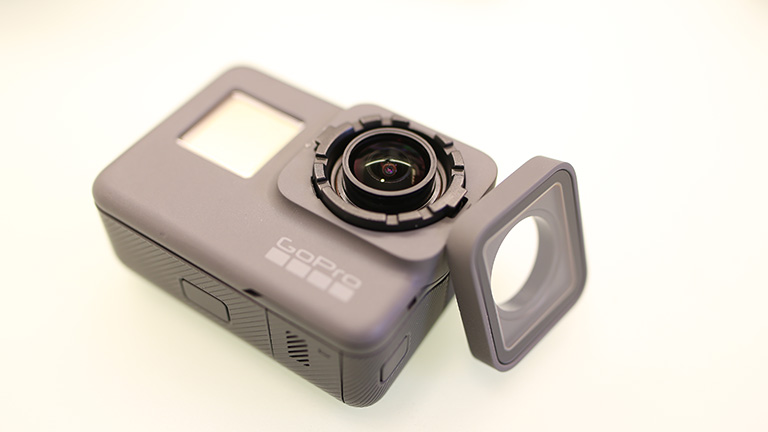 In case of damaging or scratching the lens cover, you’d be glad to know that it detaches and is a replaceable component that you could easily swap. It just needs a slight pull and a twist to remove. 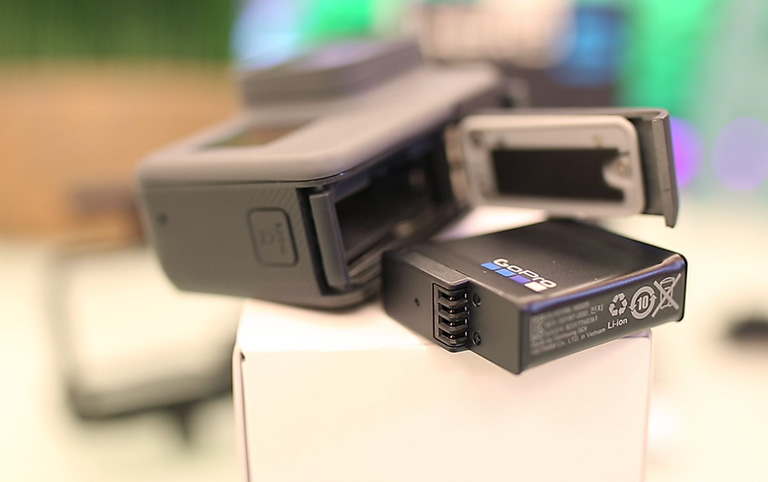 Many interested buyers were wondering if the battery is removable like its predecessor. Yes, it is, but it has a different form factor than the Hero4 Black — meaning you wouldn’t be able to use those batteries for the new Hero5. 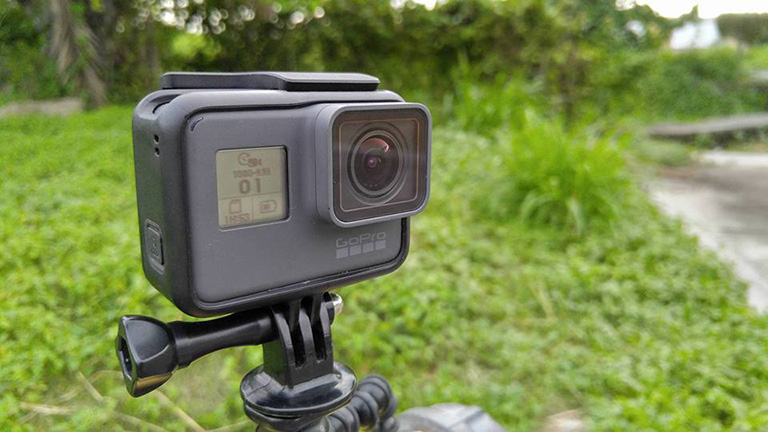 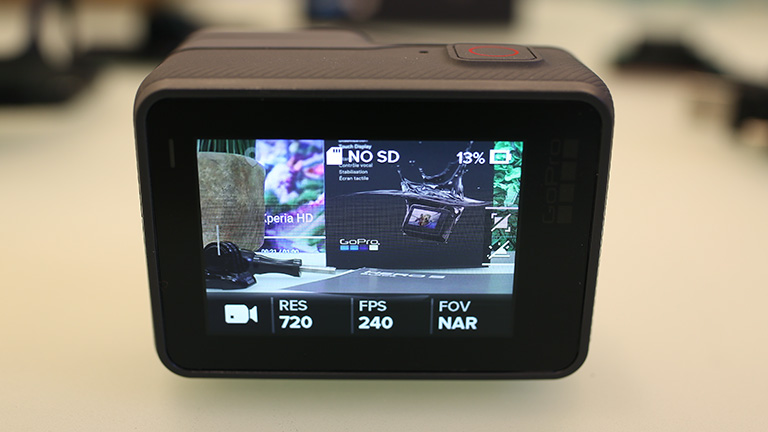 The two-inch display placed at the rear shows good color and brightness. It has great visibility outdoors even under the sun as long as its brightness is set at maximum.

Its touch function works decently as you press and swipe on its screen to change your settings or review your shots. Although, at times, we had to redo the gesture for it to register. Speaking of reviewing the shots, the loading time to access and open its gallery takes too long when there are a lot of files stored in the card. We’re looking forward for a fix on the next software update.

One of the pleasant uses of having a touch-sensitive display is that you could now press and hold on the area of the screen and have the exposure locked in there just like how you would when shooting on a smartphone. It’s pretty useful when you want to focus on the sunset and get a silhouette of the mountains as you ride your bike, for example.

Although we’re all praises for having a display on the flagship Hero, we noticed that our unit has some sort of light leaks seen when the screen is dark. The photo above shows light leaks on the upper left and lower right corners. While it doesn’t affect performance, we don’t think it was meant to have that and hopefully, this is just an isolated case.

The Hero5 Black has a number of new tricks up its sleeve which aims to make things easier for the end user. You may check out the sample video showing some of these things later on Picture Quality.

For hands-free operation, the new Hero5 Black now comes with microphones that listen and await your order once you turn it on. It activates pretty much like Siri in a sense that you first need to catch its attention before giving the command. There is a list of all the recognized phrases in its settings — from GoPro shoot burst to GoPro turn off.

It’s a useful feature when the camera is clamped too high to reach or when it’s mounted on a bicycle helmet. It easily recognizes the commands we gave and we didn’t have a hard time making it perform specific tasks. Although a nifty capability, I personally didn’t use it that much as I’m still very much used to manually pressing the record button that I forget that this feature exists. Basically, it’s not (yet) much of a necessity for me since I could just press the record button and be done with it, but this a very appreciated addition to what the camera can do.

The Hero5 Black has a high-quality stereo mode for recording broadcast quality sound. How GoPro does this is by choosing the best audio track from its three microphones and uses that to produce the clearest sample.

While the Hero4 helps tone down some unwanted noise when recording, the company took it a notch further for this new model and implemented advanced noise reduction to eliminate the sound of wind blowing into the microphone.

This feature was very useful when we used the Hero5 while moving. Attached to the bike’s handlebar, it only recorded sounds happening around it, but not the wind blowing into it. This feature solves one of the longest issues that the Hero line has faced.

Linear FOV or Linear Field of View basically eliminates the curve you see due to its wide angle camera. Sure, having a wide angle has a lot of benefits when shooting action scenes but there are times that you want to see how your eyes actually see things. Linear FOV does exactly this while still showing a wide view of the area and, at the same time, you get a straight horizon when you shoot landscapes.

Check out the samples of different FOVs available on the Hero5 Black: 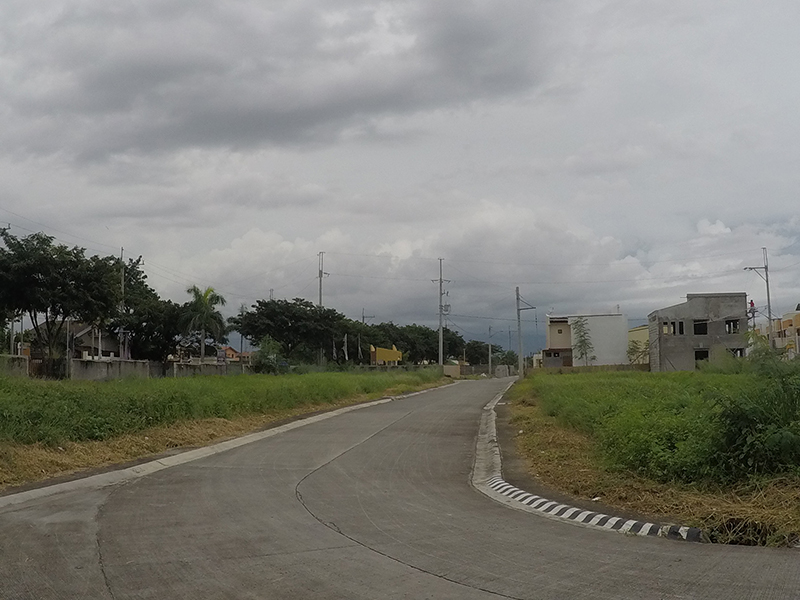 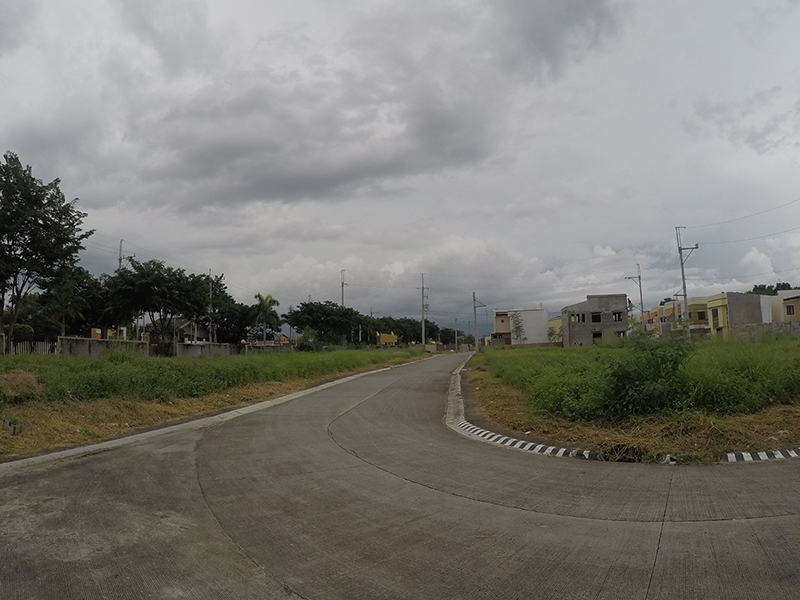 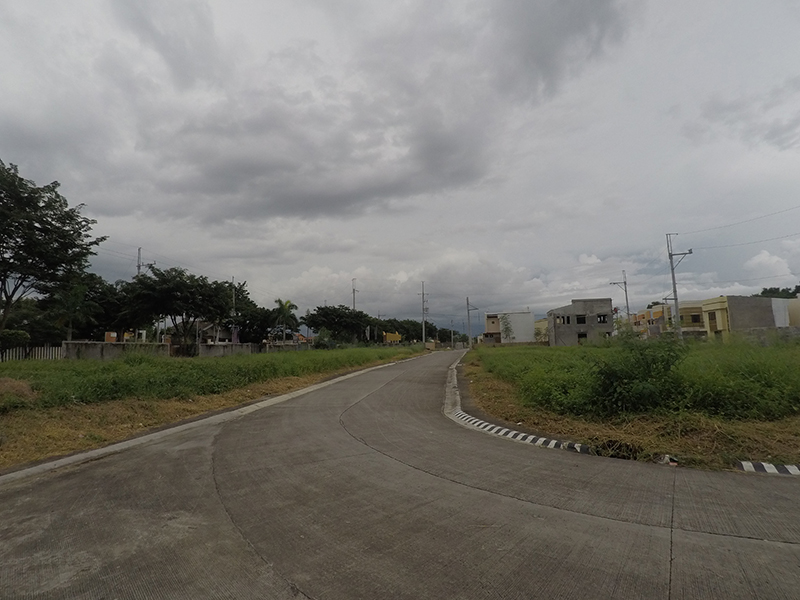 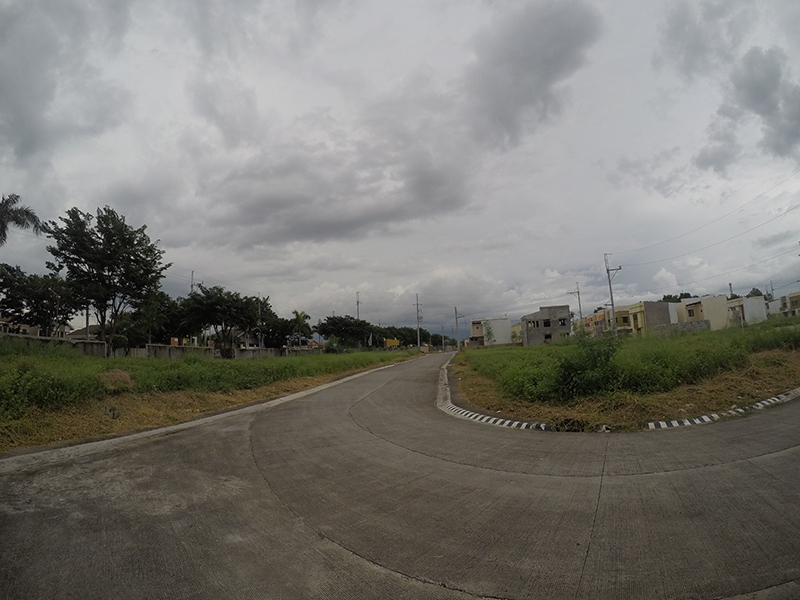 For long-time GoPro users, we’re sure you’ve had your fair share of experience when you play back your clips on a computer and you get shaky, vibrate-y, footage due to mounting the camera on a vibrating platform like when you’re biking or skateboarding.

You’d be glad to know that the Hero5’s built-in electronic image stabilization minimizes those little shakes to give you smoother videos.  We could definitely say that the stabilization works very well on the Hero5 Black and it improved our videos significantly.

Based on our experience, its image stabilization works best for action use when the field of view is set to Superview as shooting on Linear or Narrow while moving fast produces unwanted motion blurs that aren’t easy on the eyes.

Picture quality has never been an issue with GoPro as far as our experience with its previous models is concerned. For the new Hero5, images produced on its default settings have great detail and exposure and is a good preset for casual users.

However, those who are more particular with color-grading their footage can choose to activate its Protune feature to enable advanced video settings. Here, you can set the color mode to Flat which will yield dull tones. Although, in return, you will be given greater control during post production.

Here are some straight-out-of-camera samples:

We also noticed that the unit’s temperature shoots up when recording videos for extended periods of time. This is actually a pretty common instance with action cameras  but we’re just putting it out there so you don’t get surprised when you buy one for yourself and it warms up while shooting.

Below is a raw, unedited sample video from the Hero5 as we mounted it on GoPro’s Chesty and took it for a ride. You may check out the color, contrast, image stabilization, low light performance, and more by watching.

The Hero5 got a bit of an upgrade in battery capacity from the previous 1160mAh to 1220mAh. We tested how long it could last by continuously recording a 1080p video at 30fps with image stabilization turned on. It was able to last for 1 hour and 22 minutes where it stopped recording to inform us that the device is low in battery with 5% left. You can still choose to spend those last drops of juice by continuing to record but we already stopped there and noted the duration.

Meanwhile, charging the device from a complete battery drain using the provided cable takes about 1 hour and 16 minutes before you reach 100%.

The GoPro Hero5 Black could be somewhat of a love child between the Hero4 Silver and Hero4 Black as it has 4K video recording at 30fps while having the rear-mounted touchscreen display.

To top that off, GoPro added a slew of new features like voice control, image stabilization,  linear FOV, and more to make it really stand out among its peers who have been planning to take the throne from GoPro in the action camera race. Although, for us, this flagship offering still puts itself as the leader of the pack.

It’s not perfect, though, and we have the heating up, noticeable light leaks to keep in mind. But when we talk about overall performance, is still takes home the cake.