The realme 8 is the more affordable but still highly capable version of its Pro counterpart. This one comes with a smaller 64MP camera, packs a slightly larger battery, and a Mediatek Helio G95 CPU. But how does this compare to its more premium sibling? Check out our full review below. Design-wise, the realme 8 shares a very close resemblance to the realme 8 Pro. One notable difference is that this one achieves a glossy plastic finish but still uses the same metallic-looking frame that keeps everything all together; And of course, we also have the “Dare to Leap” tagline here on the right side. 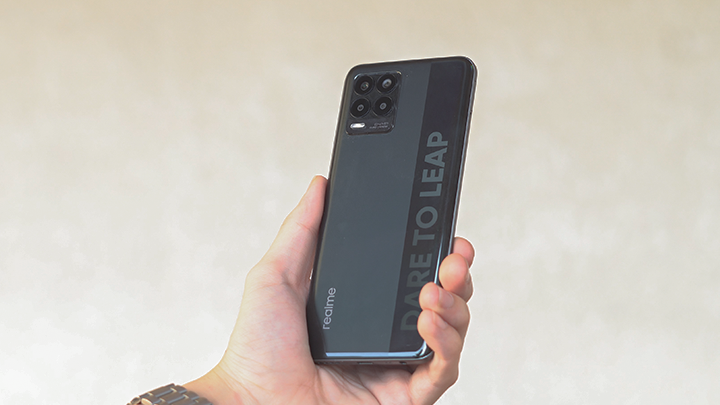 Despite the whole rear panel being smooth to the touch, the bold text compliments this by being a little more reflective, just to give it an eye-catching appearance. This could be a little bit tacky to some people, but thankfully that can easily be fixed by putting on the case.

That’s not the only highlight of this area, anyway, since you’ll still be greeted by four large circles that represent your quad rear camera module. Our unit comes in the Cyber Black color variant, but you can also find this in Cyber Silver. 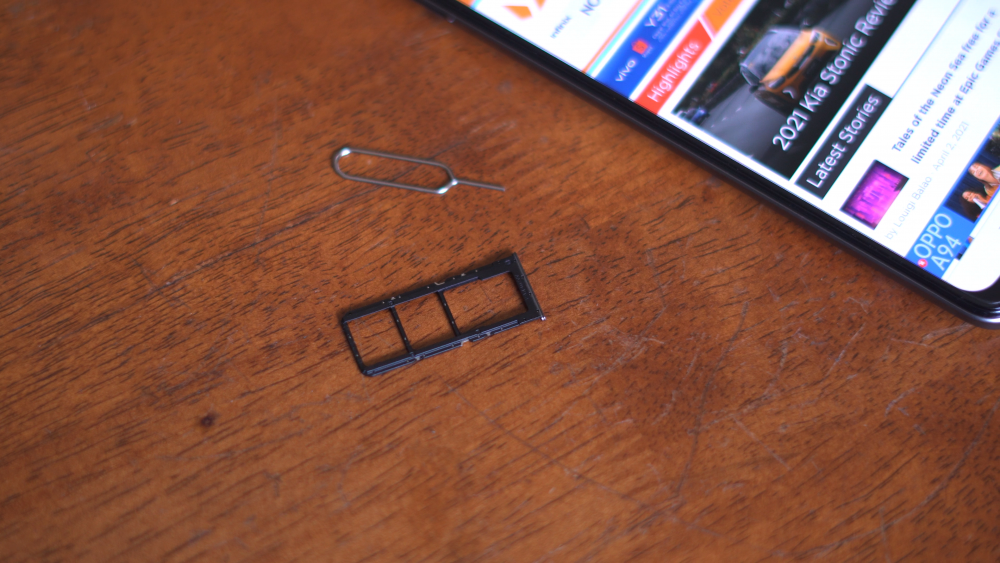 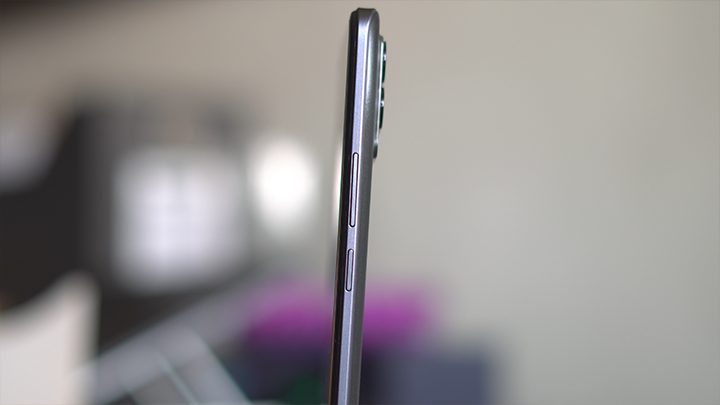 On the right are the volume keys and the power/lock button. 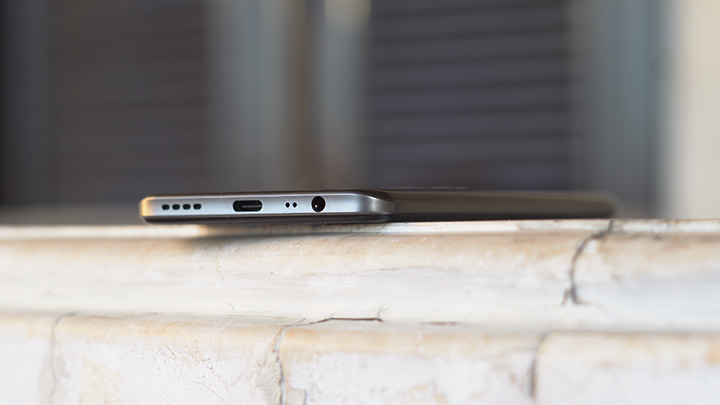 Located at the top is nothing but the secondary microphone, while at the bottom, you’ll find a 3.5mm audio jack, the main microphone, USB Type-C port, and a single bottom-firing loudspeaker.

Checking out the display, we’re getting a 6.4-inch Super AMOLED panel with FHD+ resolution, the same screen you’ll be getting with the Pro. It has a pixel density of about 411ppi and maxes out at 1000 nits as well, making this a no-brainer to use even under the sun. We’re missing the 90Hz refresh rate, but we do get a 180Hz touch sampling rate, meaning the screen is very responsive, perfect for some fast-paced competitive gaming. There is a little bit of a chin, though, but it shouldn’t be much of an issue since the rest of the bezels are quite thin. 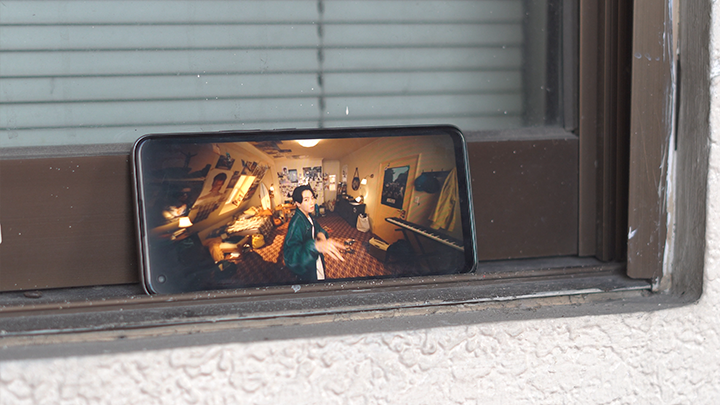 The display settings allow you to choose between Cool, Default, and Warm look and come with OSEI visual effect, so everything is generally nice and vibrant. And if you look at the top, there’s a punch-hole on the screen’s left corner, housing the front shooter.

As for software, it runs on Android 11 out of the box with realme UI 2.0 skinned on top, and out of 128GB of storage, there seems to be 111GB of usable space left, which is still a good amount of storage. So loading this with a bunch of apps and games will have no problem. And since we do get MicroSD card support with up to 1TB of storage, we’ll have more things to store, like multimedia files. 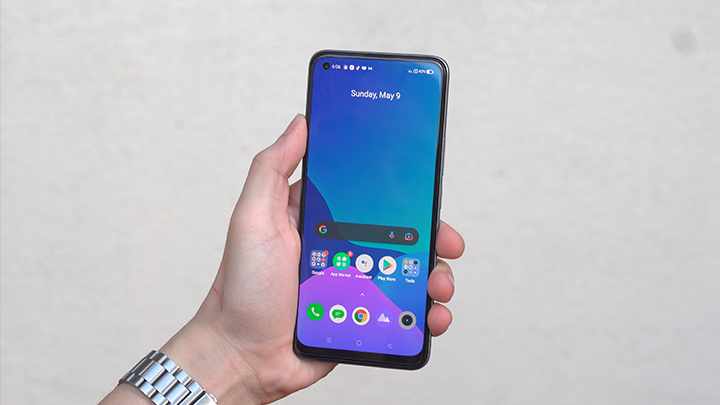 You’ll be getting some signature realme apps such as SoLoop, realme Link, HeyFun, Facebook, and Lazada, and of course, the usual apps from Google like YouTube, Gmail, Drive, Photos, and the like. The dedicated dark mode can be toggled on in the settings, as well as the eye-care mode to lessen eye strains during the evening.

Now underneath the hood, instead of a Qualcomm Snapdragon processor, we’re getting a MediaTek Helio G95 processor paired with a Mali-G76 MC4 GPU. This is also the same chipset found on the realme 7, which is powered by 2 Cortex-A76 cores clocked at 2.05 GHz and 6 x Cortex-A55 cores clocked at 2.0 GHz. 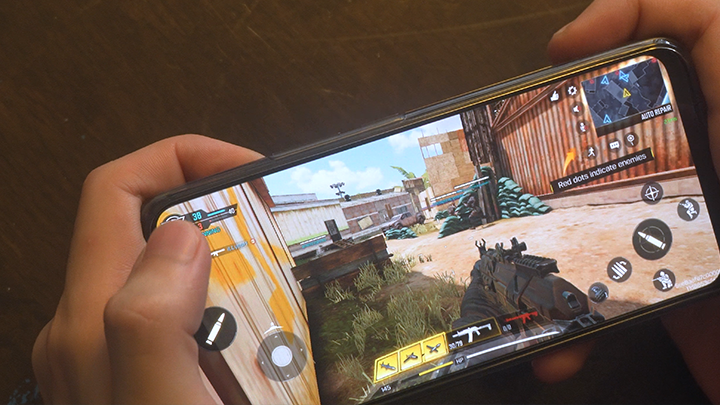 Taking it up for some gaming, we fired up some of the usual titles people currently play. Checking COD: Mobile first, the graphics and frame rate setting will be set to high by default. And smooth as it already is, both can still be bumped up to very high and even have the frame rate maxed out. Other competitive shooter games such as PUBG Mobile also ran at HD graphics with the frame rate set to ‘high’ as well. Although far from being able to handle the highest quality setting, it’s still very much playable and does not stutter and hang, which is more important. 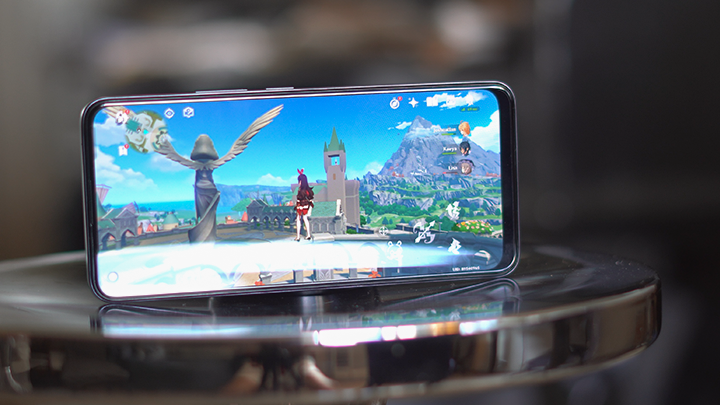 Surprisingly, Genshin Impact was able to achieve medium settings by default, and we managed to get some good action out of this. This gave slightly better results compared to the pro, which ran on Low out of the box. You can even play around a bit with the settings to make gameplay smoother as well, even if it does say you’re going past your threshold.

If you’re still curious, here are some benchmark scores for you to check out:

The realme 8 supports WiFi 5, Bluetooth 5.1, FM Radio, and SatNav systems. But apart from the lack of 5G, we’re also missing NFC capabilities, so if you often use this feature, just keep that in mind. And of course, as for security, we’re getting an in-display fingerprint scanner with face unlock. Powering everything is a 5,000mAh capacity battery, which is slightly larger than the Pro, and on average, is more than enough to last throughout the day, as long as you’re not the type to be gaming for hours on end. The PCMark battery test rates it at 15 hours and 31 minutes, while in our standard video loop test (which entails a 1080p video playing at 50% brightness and 50% volume), it gave us an impressive 23 hours and 39 minutes, which is just 20 minutes shy from a full 24 hours. 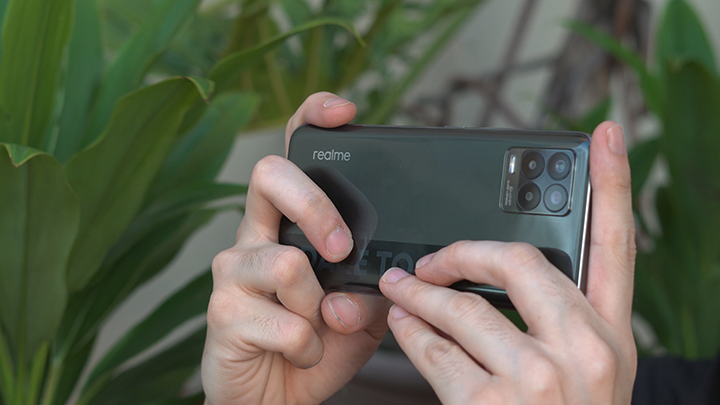 Now, although the realme 8 Pro does boast a larger rear shooter, that doesn’t mean a 64MP camera isn’t just as good. We were able to get great photos during daylight and still managed to get a good amount of detail without too much noise. 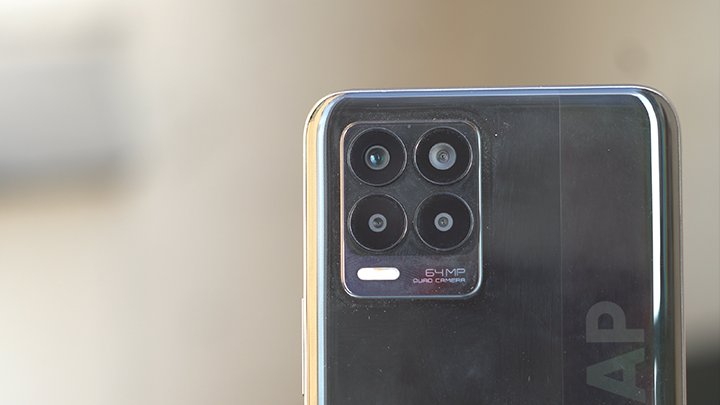 The color reproduction is alright, and it is possible to still get that natural look. Turning AI Color enhancement on does help in some situations but sometimes tends to look a bit oversaturated, especially when it comes to nature and plants. But it’s nice to see that portrait mode does work like a charm with decent subject-background separation. We also get a purple-ish tint in some photos. We’re not sure why, but thankfully it doesn’t occur all the time. The realme 8 is also capable of up to 10x Digital Zoom, and although it’s far from picture-perfect when zoomed to the max, at least it still gets the job done.

When it comes to night mode, you’ll get a mixed set of results depending on how much light is available for the camera to use. So if you’re in a spot with almost no source of light, then it won’t be making much difference except maybe make things a bit sharper with some added contrast. But if you are in a place with a fair amount of lighting, it does make a notable difference.

For selfies, beauty features will be switched on by default, and frankly, we just wish it was the other way around. Nevertheless, shots were still fairly decent with that 16MP shooter, so no complaints here.

Shooting up to 4k is possible, but you won’t be getting any video stabilization. So although it has pretty good detail, we decided to do a quick video of me doing the usual walking and jogging test.

The realme 8, despite lacking the pro title, is still quite a great mid-range phone. If you’re coming from the realme 7, this does make quite a big difference, especially because of the updated Super AMOLED Panel. And if gaming is also a priority for you, this might even be a better choice than the Pro. 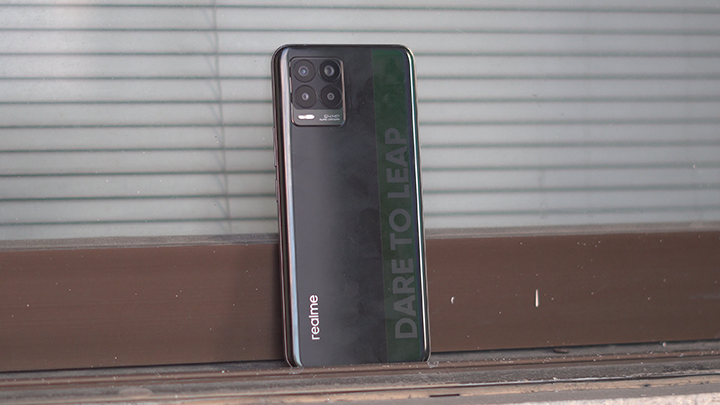 As for how much it costs, the realme 8 is priced at PHP 13,990 and is available in all realme stores nationwide, as well as on e-commerce sites such as Lazada.

Is it good for online class like MS team?