You probably heard of PokemonGo and the infamous Dogecoin previously. Well, 2021 offers you a mashed-up version of both—called DogemonGo. Hinted in its name, DogemonGo has the gameplay of PokemonGo which requires players to roam around to catch and collect the cryptocurrency-inspired animals. But what is DogemonGo? What is in store for this game? Let’s take a look. 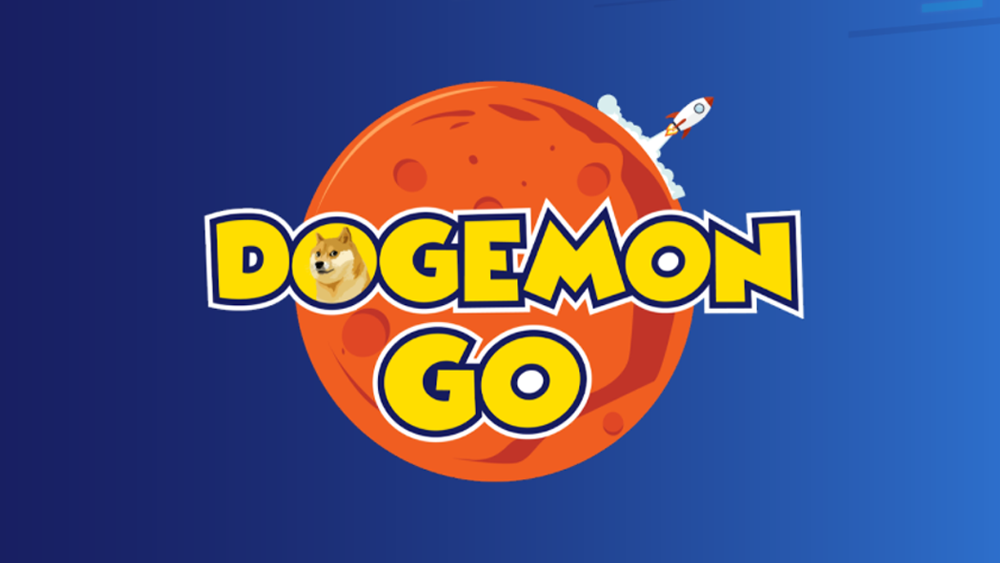 DogemonGo is a meme-based augmented reality game that lets players catch virtual characters called Dogemons around the playing field—AKA your location. Now, to point out the elephant in the room, the game is clearly anchored to Niantic’s Pokemon GO that was released back in 2016—I mean look at it, the resemblance is uncanny, it’s just memefied tenfold.

The game is currently available to download for iOS devices and Android via APK and was produced by a team called Frozen Limited. Its developer for the Apple App Store, on the other hand, is an individual named Shemie Suarez. Check out its trailer below.

DogemonGo functions on the Binance Smart chain and was audited by TechRate whose purpose is to ensure that the smart contract functions as intended and to identify potential security issues. They concluded that DogemonGo’s smart contracts do not contain high severity issues and received their go signal. For further information about the legitimacy of DogemonGo’s audit, it can be accessed here.

If you have played Pokemon GO before you are literally set to go when you jump into DogemonGo. Note that DogemonGo is in its early stages, so it does not have features that previous Pokemon GO players are used such as lures, raids, or capsules; you also cannot combine the same Dogemon to make it “stronger”. The gameplay is straightforward, you travel around your area and catch Dogemon which has its own value in DOGO credit. However, there are instances where the game will allow you to capture Dogemons for actual Dogecoins, which is a rare occurrence —therefore rewarding the player with a two-for-one kind of situation. A single DOGO token is priced at PHP .00937 (on August 3, 2021, a single DOGO token was priced at PHP .000557). 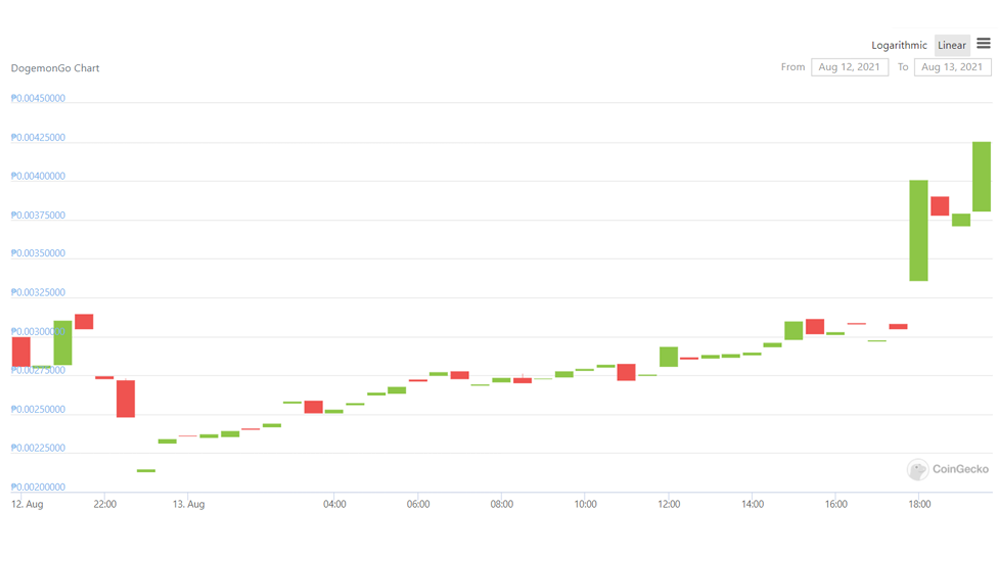 Early catches will reward players with around .13 DOGO credits, but developers say that earning DOGO credits will increase per level, meaning that the higher level you are the more DOGO credits you are rewarded with. The game initially bestows 50 rocket balls that players use to capture Dogemons which can be replenished with DOGO Credits. As of the time of writing, there are four present Dogemons which are Floki, Etherfant, Bion, and Bitbull. Furthermore, players can receive a Trainer License which allows the user to hold more DOGO credits, support swap between DOGO credits and DOGO Tokens, and invite friends to the game, allowing the licensed trainer to earn 2% from their friend’s captures. So instead of catching them all, we can CASH them all. *wink*

Should you jump into it?

If you enjoy the simple gameplay of Pokemon GO, which institutes some form of movement in order to capture more creatures, you may enjoy DogemonGo as well. Plus you get a chance to earn as you play, so it’s a double bonus. Do take note that the game is in its early stages, so there were laggy instances when playing the game in my experience. Although it is possible to spend some crypto to speed up your progress in the game, we do not recommend it. Give the game some time to mature, and for the developers to publicly state the plans for the game just to make things clearer and secure; because the game seemed to have popped up from nowhere.

The game has great potential and has a good direction to follow since it is anchored to Pokemon GO. The bonus factor is that it is very meme-y which can translate into positive feedback from memers out there, however its developers should frequently update its community so as to not lose their interest. The game does not have any structure of formal information like other NFT white papers you would usually have access to or a clear roadmap that people can look forward to.

And there you have it, our first impression of the recent, travel-incentive AR game named DogemonGo. Feel free to share your thoughts in the comments below and if you have any other games you would like us to review or give our initial impressions, list them down as well.