I think we can all agree that the holiday season requires plenty of preparation especially if you want good food. However, not all of us have the time so one of the options is to order from nearby restaurants. Fortunately, you can do so from the comfort of your home either via the PC or smartphone. Take a look at the Online Food Delivery apps you can use in the Philippines.

Take note that some of these services only operate in certain areas in the Philippines so it’s best to check with the service before ordering. 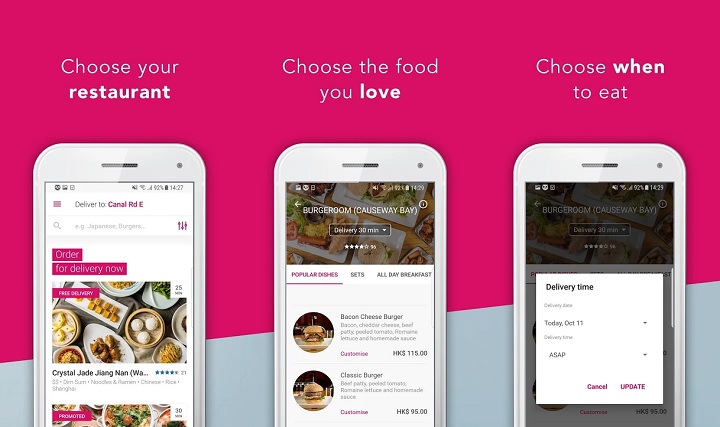 Foodpanda is probably one of the most popular online food delivery service in the country. It supports plenty of popular restaurants including fast food and operates in Manila, Cebu, Makati, Taguig, Pasig, Mandaluyong, Quezon City, Marikina, Muntinlupa, San Juan, Lapu Lapu, Davao City, and Pasay. It’s accessible via their website foodpanda.ph or via their Android and iOS apps. 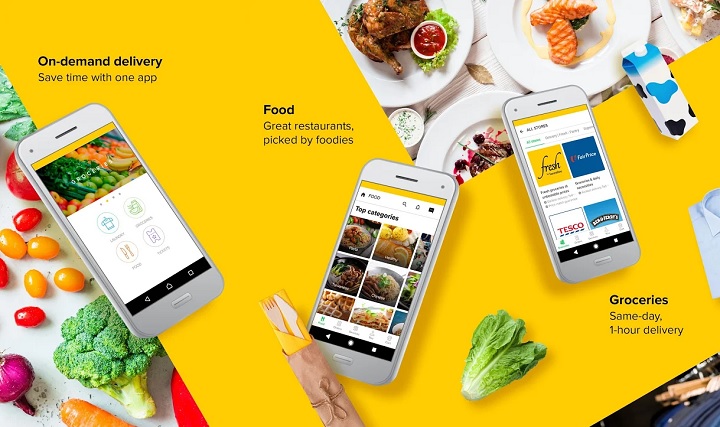 Honestbee is more versatile as it not only offers food delivery but can also get your groceries as well. Like Foodpanda, it supports plenty of restaurants and stores and currently delivers to Metro Manila and Cebu but more cities will come soon. Honestbee is accessible via their website and on Android and iOS apps. 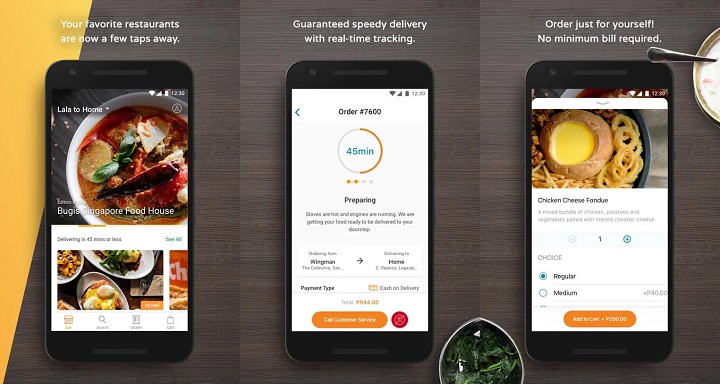 If you live in Makati then you have another option in the form of Lalafood. It can deliver a wide range of dishes from different restaurants with no minimum bill required and brings it to your doorstep in under 45 minutes. Lalafood currently operates from 10:30 am to 8:00 pm on weekdays to these selected areas in Makati City – Brgy. San Lorenzo, Brgy. Urdaneta, Brgy. Pio del Pilar, Brgy. San Antonio, and Brgy. Santa Cruz. You can check out their Android and iOS apps as well. Grab’s services is no longer limited to bringing you to your destination or delivering your packages as they can also deliver food. It has partnered with plenty of restaurants and doesn’t implement minimum orders. Availability is limited though as it is currently operating in selected areas of BGC, Makati, Ortigas, San Juan, Mandaluyong, QC, Manila, Pasay but will be expanding quickly to other areas soon. You can access GrabFood via the Grab app. 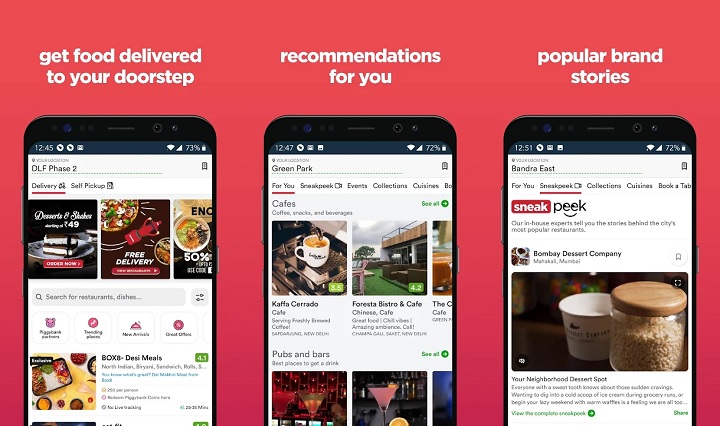 Zomato is not just the site to go to if you want to explore restaurants and menus as it can also do food deliveries. and offers real-time alerts. As for areas of operations, we mostly noticed its availability in the Metro. Zomato can be accessed via its website or through its Android or iOS apps. 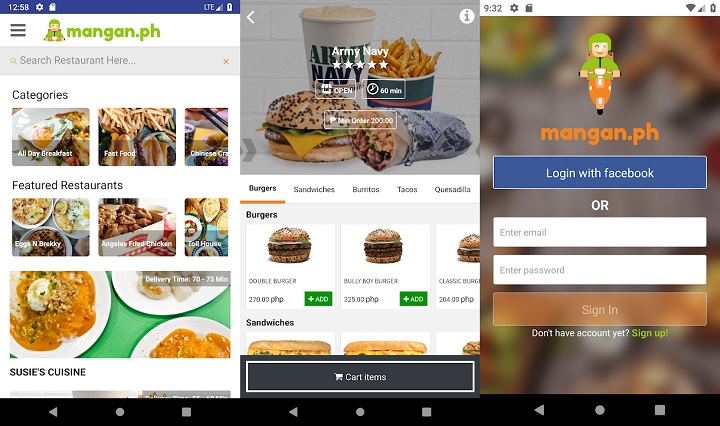 Mangan.ph is an online food delivery service that caters to the Culinary Capital of the Philippines Pampanga. It has partnered with popular restaurants and cafes, allows you to pay via credit card or COD, and brings your food to your doorstep in 60 minutes or less. 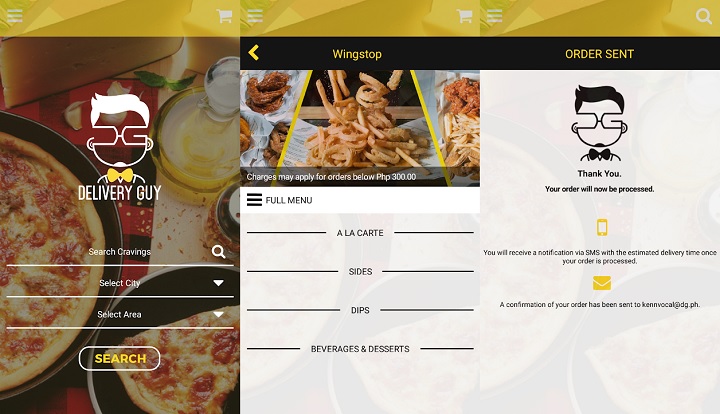 Delivery Guy has partnered with plenty of restaurants in the Metro and currently services areas in Makati, Taguig, Manila, Mandaluyong, Pasay, Pasig, Pateros, Quezon City, San Juan, and Muntinlupa. You can order from the website, Android or iOS apps, or landline. They can even give recommendations when you call their hotline. You can pay via COD, credit card online, and PayPal, and offers real-time order tracking. If you need someone to do your groceries, then you might want to take a look at MetroMart. It has partnered with big supermarkets like Robinsons, S&R, and Family Mart. If you’re looking for non-food products, there’s Watsons, National Books Store, even Toy Kingdom. It services areas in Las Pinas, Makati, Mandaluyong, Manila, Muntinlupa, Paranaque, Pasay, Pasig, Quezon City, San Juan, and Taguig.

And that sums it up. If you want food without leaving the comforts of your home, then you might want to try these services. If you have suggestions or recommendations, feel free to write it at the comments section below.