What you need to know about GOMO PH

A few days ago, a “digital telco” launched in the Philippines called GOMO. The company didn’t provide much background information, so we did a little bit of research to find out the origins of this new mobile service provider.

The earliest information we can find about its existence is when Singapore’s Singtel introduced GOMO on March 25, 2019, calling it a new all-digital mobile product. If you’re wondering what GOMO stands for, it’s ‘Go Out More Often’, according to Mr. Yuen Kuan Moon, CEO of Consumer Singapore at Singtel.

In October 2019, ‘GoMo’ launched in Ireland operating on the Eir Limited network.

In May 2020, it launched in Thailand on the AIS (Advanced Info Service) network.

Then in October 2020, it launched in the Philippines on the Globe Telecom network.

Globe filed for the GOMO trademark in its SEC FORM 17-A dated April 2020.

What kind of operator is GOMO?

GOMO calls itself a fully digital telco. What it means is that it’s a mobile virtual network operator (MVNO). It’s an entity that offers services similar to a mobile network operator (MNO) such as Globe and Smart but doesn’t own any radiofrequency. What happens is that the MVNO enters into a business agreement with an MNO so it can use the latter’s network for its services.

It’s similar to how Cosmic Technology’s Cherry Prepaid is powered by Globe. That’s why GOMO Singapore runs on Singtel, GOMO Ireland on Eir, GOMO Thailand on AIS, and GOMO PH on Globe. 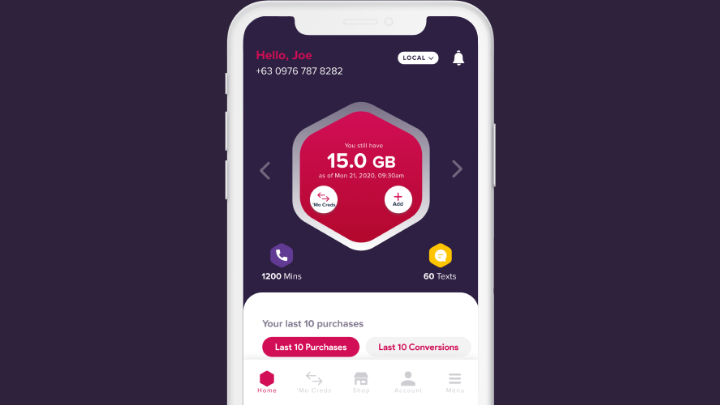 Yes. It works under Globe’s nationwide LTE Network and is also 5G capable. Some users who already received their GOMO SIM cards report that it uses the prefix of 0976. Since it uses Globe’s network, it also means that the quality of its connection also depends on Globe’s network resources or bandwidth.

“Several factors may contribute to your signal strength and network experience such as distance from cell tower, processing power of your mobile device, infrastructures and obstructions in your area such as tall buildings, thick walls, that may be blocking your signal, and being in a high-traffic area, where network resources/bandwidth is shared among numerous subscribers using Globe network,” says GOMO PH in its FAQ page.

Therefore, having a GOMO PH SIM card doesn’t give you any technical advantage in terms of signal reception and download speeds. You’re just like any other Globe subscriber but with different perks or packages. 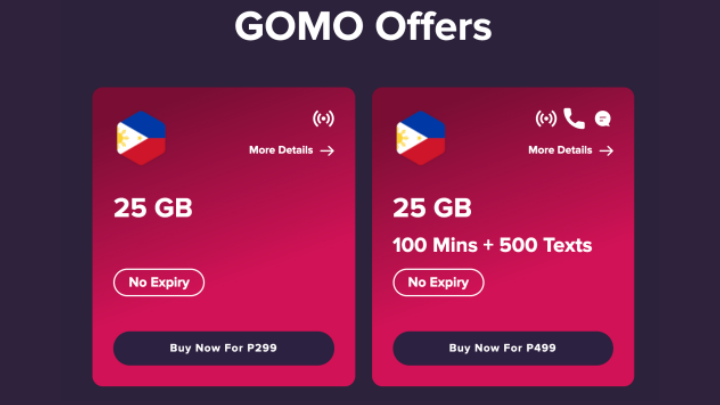 What caught our attention is GOMO PH’s big data allocation that doesn’t come with an expiry, which is great for those who are tired of purchasing data promos with validity periods. There’s also an option with call and text allocations that don’t expire as well.

Another perk is the ‘Mo Creds. Since the offerings already come with a relatively large data allocation, users can use that data and convert it to call and text allocations. It’s like customizing your own promo whenever you want. It’s a great feature for those who want to have more control over their usage, whether it’s data, calls, or texts.

Should you buy one?

If you’re the kind of user that is heavy on data, don’t like validity periods, and want to have more control over your allocations, then this is the one to get. However, you have to take into consideration the benefits and limitations of the Globe network. If Globe runs well in your area, then good, but if it is slow or has weak reception, then we’d suggest otherwise.