First announced in CES 2019, the ASUS ROG Zephyrus S GX701 launched in the Philippines last March. We were lucky enough to acquire a unit and so, here’s our hands-on take of it! 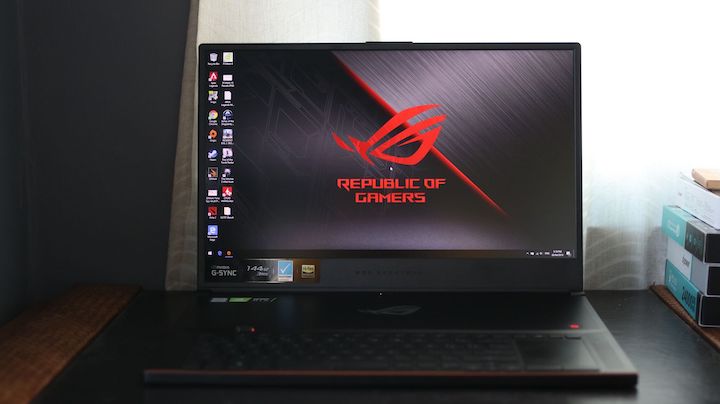 First impressions? This laptop is enormous, with a Full HD display measuring at 17.4 inches and a resolution of 1920 x 1080. The bezels surrounding the screen are slim apart from the bottom one, where it has ROG Zephyrus written on it. It has an 81% screen-to-body ratio, which is quite impressive. Despite the size, it’s pretty thin and light for a gaming laptop. 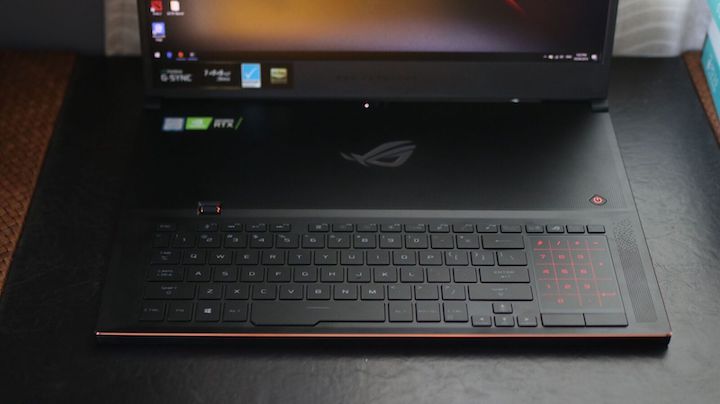 As for the magnesium alloy body, it has a brushed aluminum design similar to other ASUS laptops. This one has a copper reflective trim around the lower half of the body, giving it a premium feel. Opening the lid up with a finger is possible; the Zephyrus S doesn’t wobble or topple over when you do so as the body’s weight is enough to keep it steady and balanced. 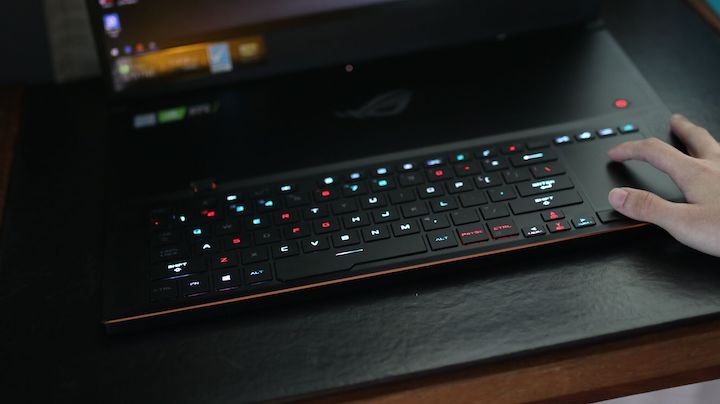 Once you open up the Zephyrus S, you’re greeted by the display which we’ve already mentioned earlier, while the lower half of the laptop houses the keyboard and the trackpad. Above the trackpad, there’s the ROG logo sitting in the middle of the venting holes for heat dissipation. Being used to having the keyboard above and not at the bottom portion, I thought this was a rather odd choice in design, but we’ve seen this already in previous Zephyrus models. Still, though, the switching lights on the keyboard are rather neat and somewhat reminds me of fairy lights blinking prettily in the dark. There’s also a small volume roller key situated at the upper left portion of the keyboard. 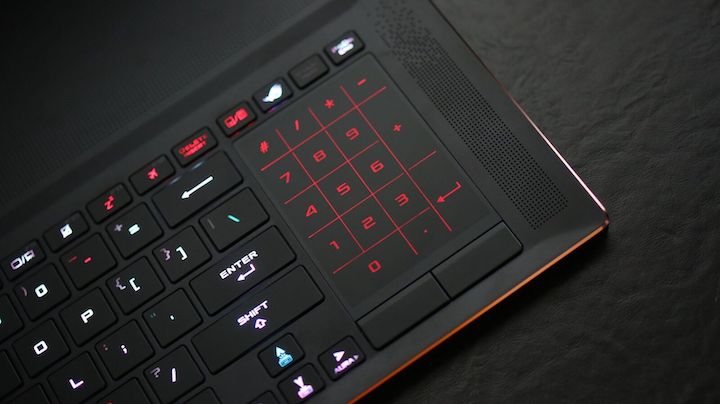 The trackpad is rather small as well although, remembering that this is a gaming laptop, it’s much better to use a mouse with the Zephyrus S than the trackpad. It does have a magic trick up its sleeve with one of the buttons situated on top, doubling as a virtual numpad, appearing on the surface of the touchpad once pressed.

One will notice that the bottom is the Zephyrus S has a hinge that raises the laptop when opened. This allows for better cooling and air intake which is excellent since ASUS kept in mind the fact that the Zephyrus S was produced for heavy gaming use. In addition to that, this laptop comes with four exhaust vents which help significantly in heat dissipation. 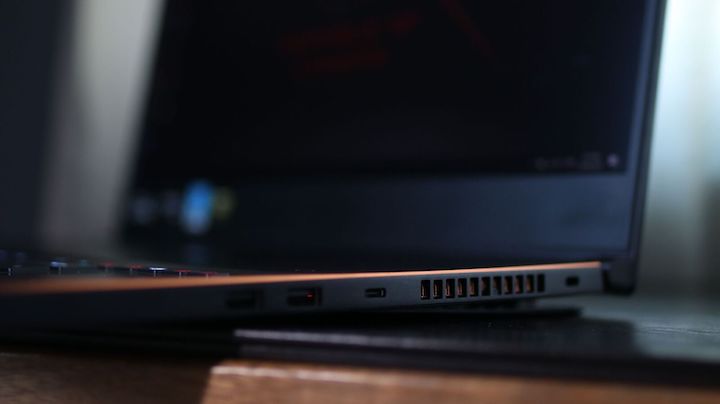 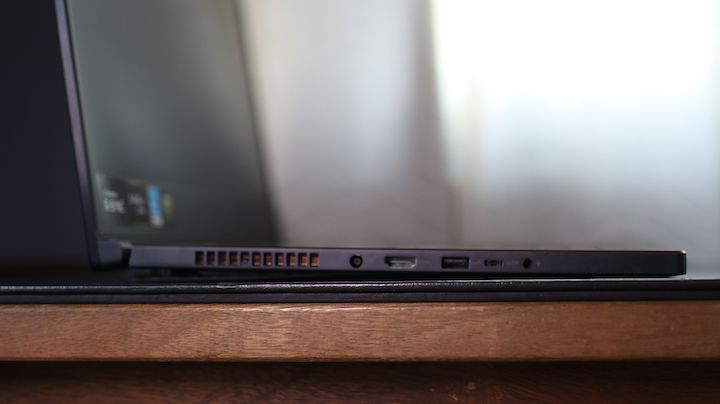 Overall, the ASUS Zephyrus S (GX710) is a sleek, thin, and light gaming laptop that packs quite a punch. We’ve yet to test this bad boy out for a full review though, so do watch out for that. 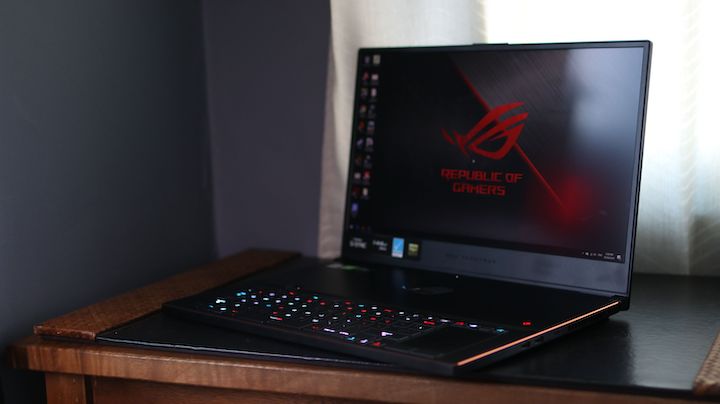 The ASUS Zephyrus S GX701 variants are priced as follows:

The ASUS ROG Zephyrus S GX701 comes with a free ROG Gladius II mouse. It can be purchased in computer stores nationwide.