Sony Mobile will be bringing their dual-SIM giant, the Xperia C, this holiday season and expected to retail for Php13,990.

That’s according to a Sony Christmas catalog that’s been distributed around. The Xperia C is a 5-inch mid-ranger that is powered by a quad-core MediaTek SoC. 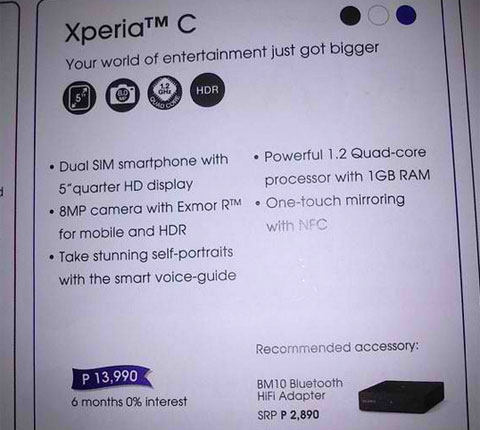 Initially made available with China Unicom, the handset is expected to reach the Philippines before December and will come in white, black and purple color options. With a retail price of Php13,990, the Xperia C will come bundled with a BM10 Bluetooth HiFi adapter worth Php2,890.