An early look into the HTC One 2

An early look into the HTC One 2

The HTC One is one of our most favorite smartphones from last year – it has amazing speakers, a great-in-low-light UltraPixel camera, a breathtaking display and a solid and sleek aluminum body. However, it faced tough competition and it didn’t reign supreme within the Android crowd.  The company’s next flagship phone is destined to arrive this year. Read on and join us as we take an early look at the possibilities, the rumors, the speculations and the leaks of the One’s successor. 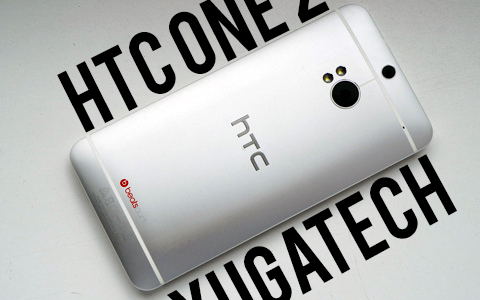 First of all, we’re not even sure if it’s going to be called the HTC One 2. It could be the HTC Two, or the HTC One 2014 Edition; who knows? But since most of the media is calling it the HTC One 2, let’s stick with that for the sake of this article. 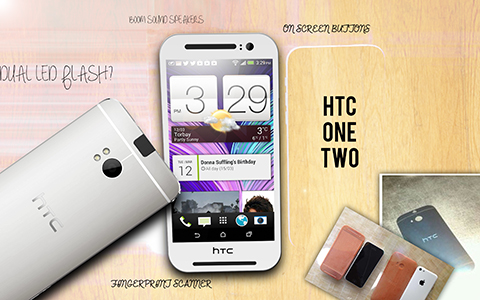 Not going to happen. The early leaks are probably fake.

If we are to follow the earliest of leaks, then we’re inclined to believe that there will be a slight redesign with only an incremental bump in specs. There were 3D models that got out, an alleged backplate with cases and details that it will have a fingerprint scanner like the HTC One Max. We rendered a mock-up for everyone to appreciate (above) – and we have to say it looks ugly compared to the current HTC One’s design.

As we feel that the announcement is getting closer, more leaks and details are spilling out. Evleaks has managed to give us the HTC One 2’s stock wallpapers through Twitter, and they have also stated that the device will have on-screen buttons and will look very similar to the HTC One itself. An image of HTC’s on-screen buttons has already made its way to the internet, supporting the claim.

The another leak now on the other hand is consistent with one of the early leaks. It seems like on the image, the device is hosting not a fingerprint scanner, but actually what seems like another camera for better imaging. Apart from that, it’s also packing a dual LED flash. Sadly or not however, it’s called to be a fake. 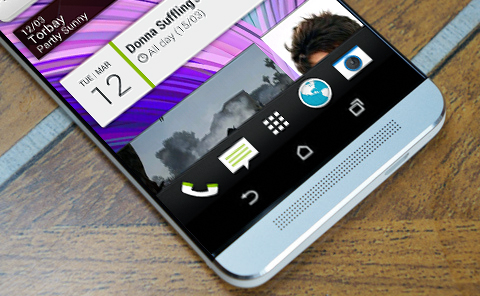 The HTC One 2 will probably have this wallpaper, on-screen buttons & BoomSound speakers.

One of the most recent leaks, and the most realistic one too, came in with a live shot of the alleged successor to the HTC One. It packs a strikingly similar design to the HTC One, only having on-screen buttons and the lack of the HTC logo itself upfront. That’s it. 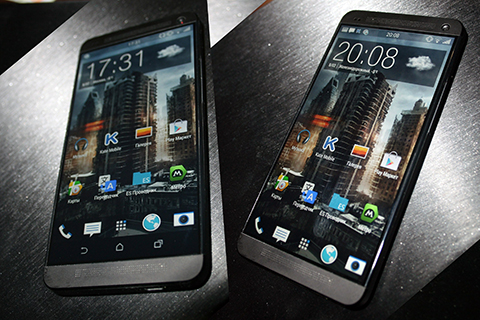 To summarize, it seems like the HTC One’s successor is aiming to fix the line’s weaknesses and retain its strengths. The HTC One 2 is poised to have the well-received zero gap unibody aluminum casing, a better set of cameras, BoomSound speakers, a larger 5-inch display accommodating on-screen buttons now and basically just better specs all around – likely Snapdragon 800, 805 or the like. What we don’t have a clue about though is in the screen’s resolution – 1080p or 2K and the phone’s expected battery.

With all of that said and visualized, are you excited for the next HTC One? Or would you prefer setting your eyes somewhere else this 2014? Tell us what you think in the comments section below.

Article Under:htc HTC One HTC One 2