Two is better than one? We can say that this rings true now since not only do smartphones’ rear camera decided to be dual but its screen as well. Meet the Cherry Mobile Taiji. Equipped with an E-ink secondary display, could this phone be your next favorite thing? Well, time to find out in our review. 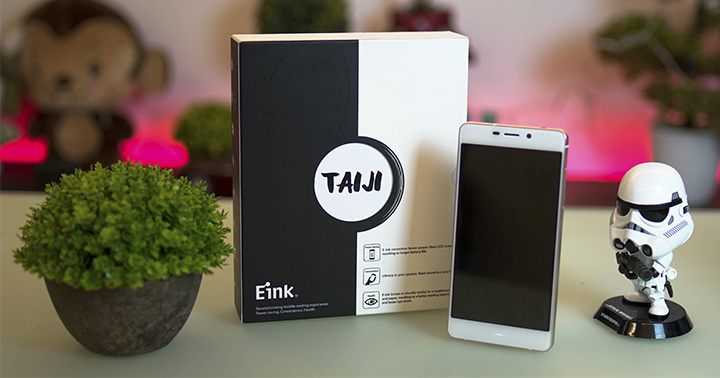 Out of the box, the Cherry Mobile Taiji looks premium and sturdy, thanks to its metallic body. It feels solid on the hands, however, you should be careful as it feels slippery due to its smooth matte surface on its back. 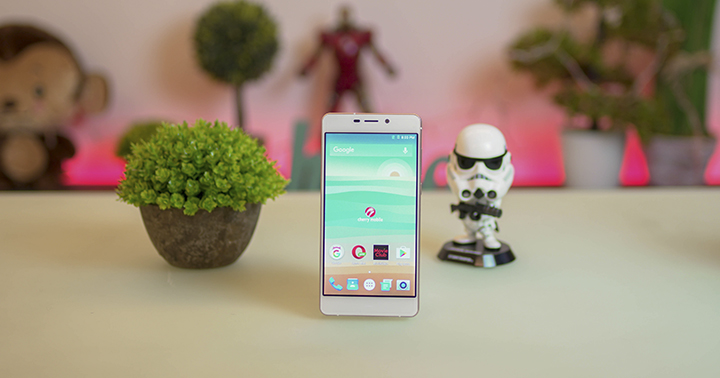 Its front panel sports a 5.2-inch IPS Full HD display with a resolution of 1920 x 1080. Good thing our unit comes with a screen protector because we accumulated scratches on it during our usage. It has thin bezels on its side, which we liked, as it gives more room for screen. You’d also spot the 5MP front camera, capacitive buttons, and a sensor.

Below we have the capacitive buttons. Situated on the left is the function button, in the center is the home button (which lights up when active), and on the right is the back button. Figuring out which button to press can be a little bit confusing sometimes as there is no indicator for the buttons. There are times when we mistakenly press the function button for the back button and vice versa. On its left side sits the hybrid SIM tray. You can replace the SIM2 slot for the microSD card.

Located on the right side are the power/lock button and volume keys. 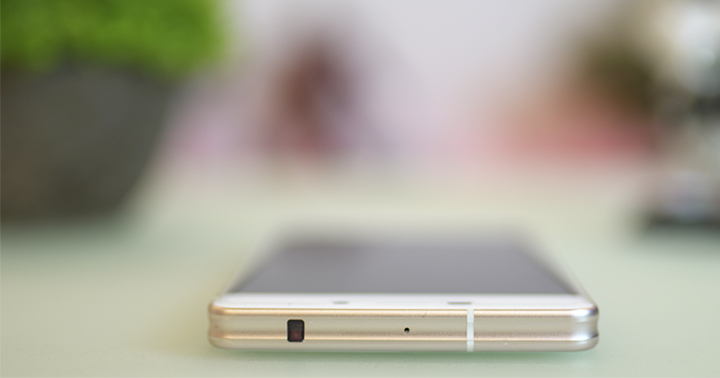 Up top, you’d find an antenna band, a microphone, and an IR (Infrared blaster) which allows the Taiji to serve as a remote control to many of your devices. 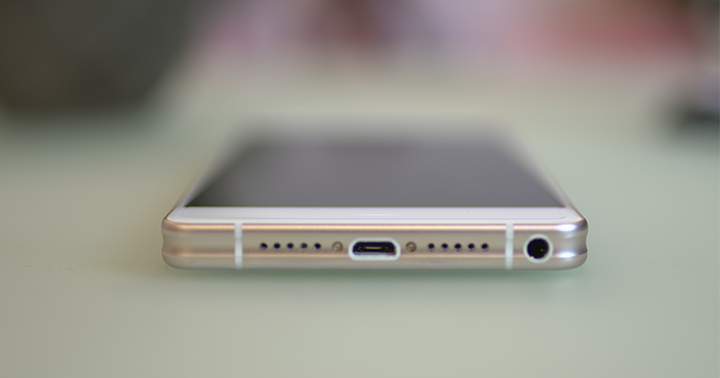 Down below, we have a pair of antenna bands, micro-USB port, 3.5mm audio jack, and speaker grille (w/ set of holes). 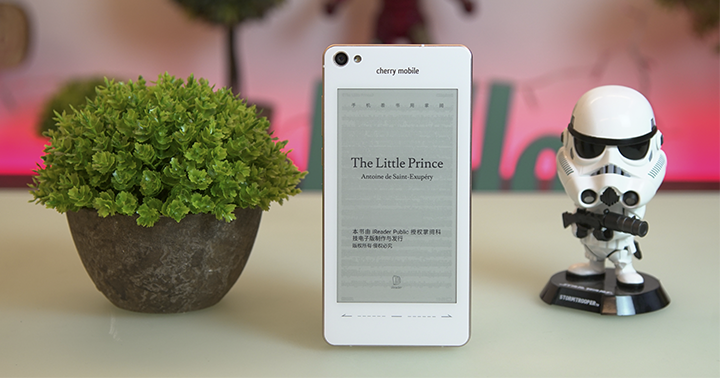 Flip on its back and you’d be greeted by the 4.7-inch E-ink rear display along with the capacitive buttons and the 13MP rear camera. The rear display has a very smooth matte surface which makes it less prone to fingerprints and smudges.

As mentioned earlier, the device sports a 5.2-inch IPS Full HD display with a resolution 1920 x 1080 pixels. The color reproduction on this device looks nice and decent. Graphics looks clear and vibrant when watching videos, even when you’re in a bright environment. Also, it has an adaptive brightness capability that you can find under display settings to optimize brightness level for available light. 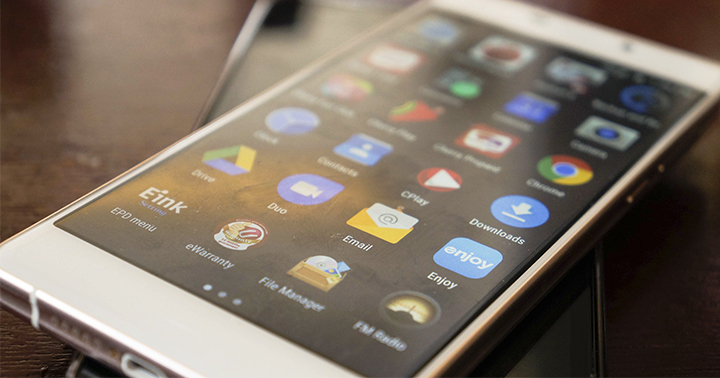 On its back, you’d find its 4.7-inch E-ink display, which is also the same kind of display used in Amazon’s Kindle. You can access the secondary display by pressing the power button, and from there you’d find “Switch to secondary screen”. Primarily, the function of this secondary display is to minimize battery consumption, and eye strain while reading E-books. Other than that, you can send SMS, make calls, read the news, check emails, and calendar. Audio-wise, the stereo speaker sounds clear, but it lacks in the bass department. We also tested the earphones that come with our unit, and we have to say, we were pretty impressed as it delivers clear and bass-y sound quality. 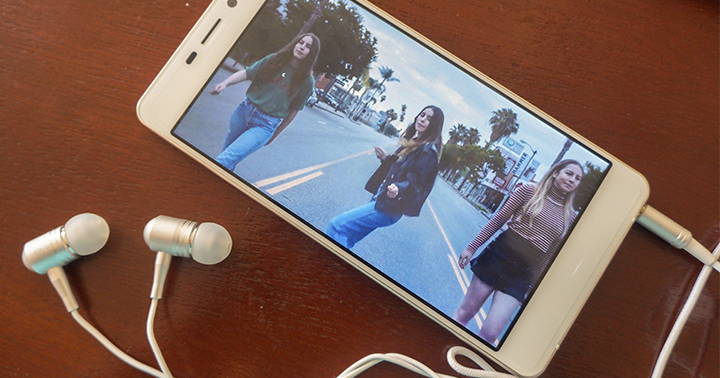 For its shooters, the device features a 13MP autofocus rear camera paired with an LED flash and an 8MP front camera. It also comes with filters that you can choose from by swiping up the arrow on the lower part of the screen. You can also adjust its exposure, white balance, and of course, it features the trite face beautification mode. 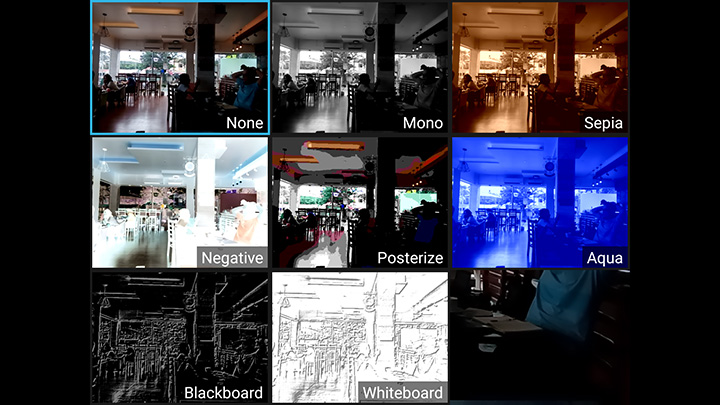 Upon testing the rear camera, we can say that it isn’t the best we’ve handled so far. It slowly adjusts to different lighting conditions and images looked washed-out, and overexposed/underexposed at times, even when you adjust its exposure beforehand. But nonetheless, you can still produce good images with it. For a 5MP front facing, this device takes decent selfies. Video-wise, quality isn’t that impressive at 720p. Clips look a bit too sharp and colors are less vibrant, but for casual recordings, we think it’s pretty okay to shoot with this device. Below is our sample video.

Running on Android 5.1 Lollipop, the Taiji comes in outdated and when we checked if there are any updates for Android 6.0 Marshmallow, we were disappointed to find none. It comes with an app drawer, the usual pre-installed Google Apps, and a handful of bloatware, mostly Cherry Mobile produced.

We’ve mentioned earlier that it features an IR blaster, which allows the Taiji to be a remote control to your devices, including AC, projector, OTT-box, as well as DSLR cameras. You can find its app dubbed as the “ZaZaRemote” on the menu and from there, you can pick which device you are going to connect your phone into. 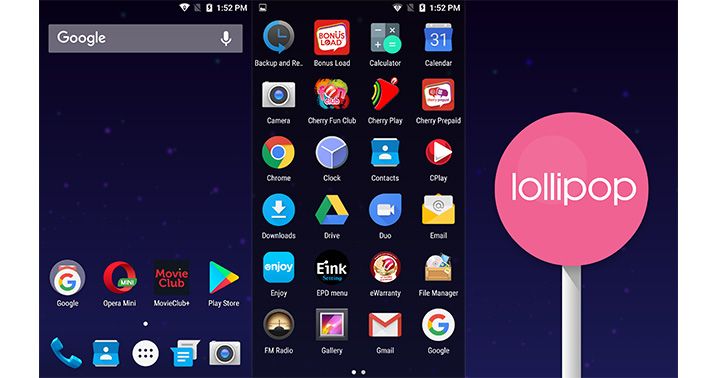 As for its E-ink display, you can also configure things in it under its own E-ink setting, the EPD menu. Basically, it allows you to change the wallpaper, and pick which window is going to be the Home page. The E-ink display is consist of following apps: iReader, Messaging, Email, Phone, E-ink notification, and Calendar. The device has an internal storage of 32GB but this could be expanded with the use of a microSD card, which you have to place on the whereabouts of the SIM2 card slot. Surprisingly, system files only consumed 0.4GB/400MB out of 25.48GB despite the bloatware that are installed in the device.

Powering the Taiji is a 1.7GHz MediaTek MT6752 Octa-core processor and 3GB RAM. Despite the RAM size, we’ve experienced laggy and choppy performance on high-graphics games, such as Asphalt 8 and Need for Speed: No Limits. The device also heats up real quick which we really find alarming and disappointing.

We didn’t find any problem with web browsing, though. Launching apps is a breeze but of course, it is inevitable to experience slow response sometimes. 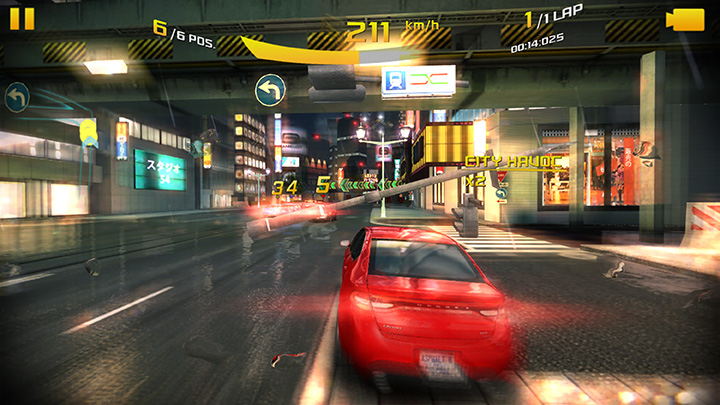 As for E-ink’s performance, we had a fair share of confusion as we worked our way with it. We noticed that it freezes when you leave it inactive for some time. We soon learned that E-ink display works that way. Sending texts using the second display was rather a tedious experience. So to speed things up, just use the main screen. But nonetheless, reading E-books from it is definitely a joyous treat. Meanwhile, here are the benchmark scores we got from the device:

Equipped with 4G LTE, we haven’t experienced any dilemma with phone calls as long we’re in an area where signal strength is high or average. We also haven’t encountered any GPS troubles when navigating using Google Maps and Waze. For a device that carries 3G of RAM and a secondary display, it was a such a let-down that this phone was only able to provide 2500mAh battery capacity. As per usual, we ran our traditional video loop test and it lasted for only 5 hours and 8 minutes before its juice gets fully exhausted. As for PCMark’s battery test, we got 5 hours and 11 minutes. Given these short time results, we highly suggest that you bring along a power bank with you, especially if you are a heavy data user or if you are pretty much always on your phone. From 0%, charging takes about 3 hours and 15 minutes.

The Cherry Mobile Taiji is an epitome of a you-can’t-have-it-all smartphone. While it falls short on one aspect, the other is there to compensate for the lack thereof. It’s got a Full HD screen for you to enjoy viewing your favorite videos, browsing the interweb, and playing games. However, you may need to carry a power bank with you due to its average battery capacity.

Of course, we won’t forget what makes this device special: its E-ink rear display. If you’re a bookworm who likes to have the benefit of a smartphone and an e-book reader and loves to read on the go without consuming too much battery on your smartphone, then this device just might be what you’re looking for. 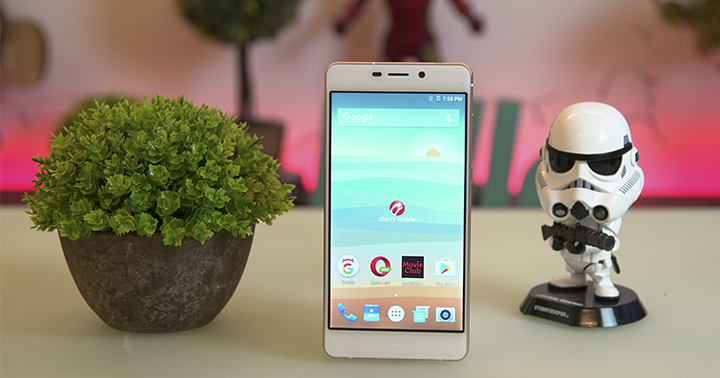 The Cherry Mobile Taiji has a suggested retail price of Php12,999.