While we’re prepping for our full review of the Cherry Mobile Ultra, we thought of giving you guys a brief overview of its basic feature set first, as well as a quick tour of its hardware to see what this LTE-enabled handset has to offer in terms of its design and build.

When we’re looking at the CM Ultra head on, we can’t help but notice a faint resemblance between the handset’s design and that of the Blackberry Z10. At first we thought that the similarity was only skin deep, but as soon as we picked the handset up, it also felt very similar to the hands as Blackberry’s first full-touchscreen handset. 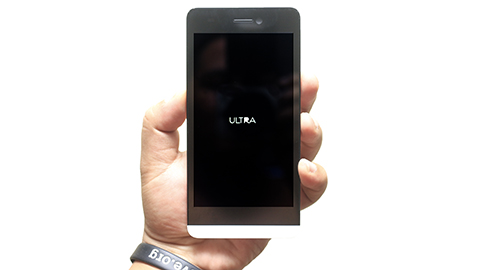 One of the few differences between the two devices, design-wise, is the placement of the buttons and external components. The power button of the CM Ultra is located at the right side, while the Micro-USB port is placed at the bottom, and is slightly off-center.

Meanwhile, the volume rocker occupies the left flank of the CM Ultra and the audio port is situated at the portion of the device, below its white-colored chin that gave it a slight similarity with the Z10’s façade. 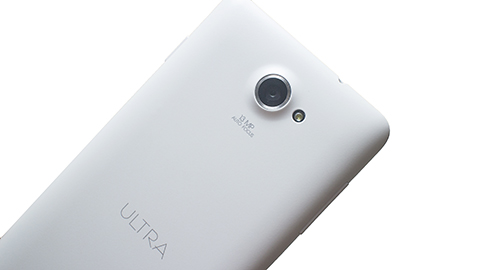 The CM Ultra’s 13MP snapper is smacked in the top-center portion of its posterior, and is accompanied by a tiny LED flash. On the other end of the pole is where speaker grilles are located with a “Cherry Mobile” logo right above it.

Underneath the removable back lies the Ultra’s 2000mAh battery pack which is neighbored by a pair of slots for a Micro-SIM card and a Micro-SD card. 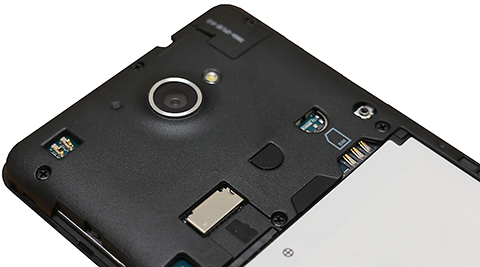 All in all, we think that the Cherry Mobile Ultra is one of the more decent looking handsets that the local company has rebranded in recent times. We really like the smartphone’s minimalist design and it feels very nice to the touch despite being a little hefty.

But not only does the Ultra look good, it also gives a sense of durability thanks to the material used in crafting its body. It’s not the thinnest, nor the most bad-ass looking smartphone out there, but we think that it has enough allure to woo some of the nitpicky consumer.