Back in July, Doogee announced that it will be introducing a new smartphone for the Philippine market called the Doogee BL5000. It sports a glossy curved front and back, 13MP + 8MP rear cameras, MediaTek octa-core CPU, 4GB RAM, and a large 5,050mAh battery. Is this the daily driver to get? Find out in our full review. 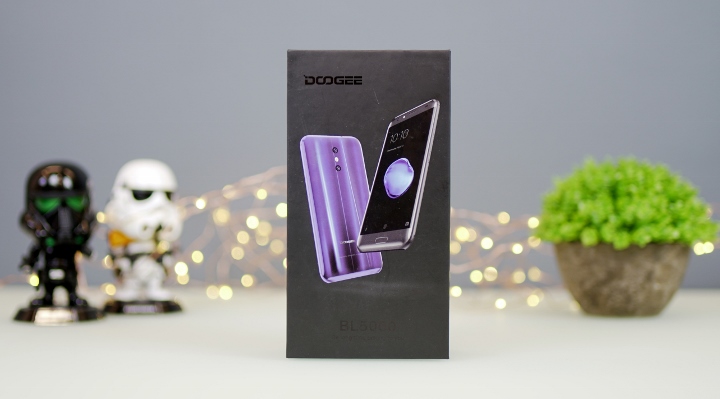 One of the first things you’ll notice about the Doogee BL5000 is also one of its major features – the design. While most smartphones of this caliber would go for a more traditional design, the BL5000 is quite different. Doogee calls it the ‘8 curves design’. 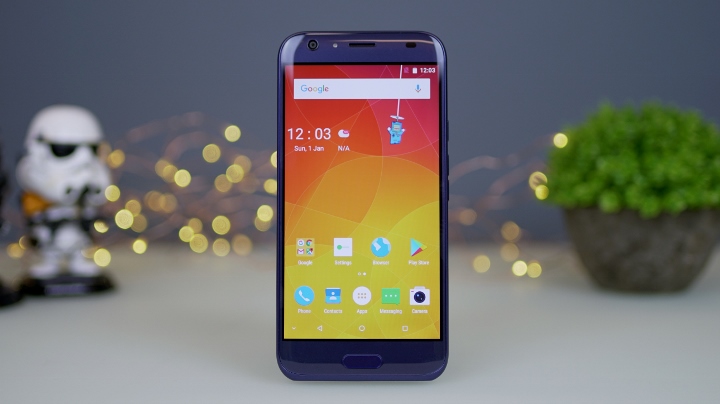 The front is mounted with Corning Gorilla Glass 5 with sides that curve at the edges, or what we commonly call 2.5D. However, the curvature of this device is more pronounced than its top part which reminds us of the LG G5 curved top. 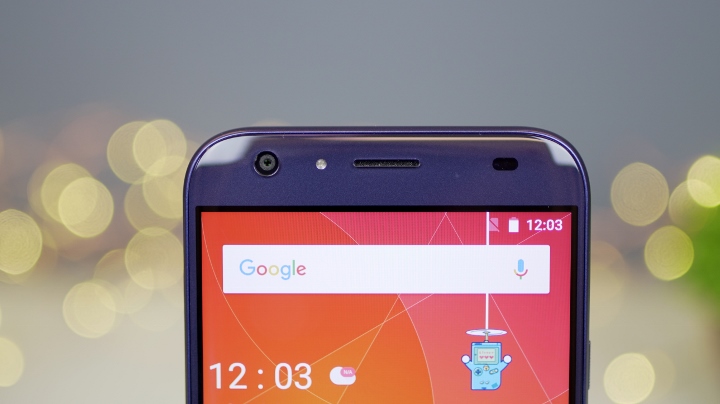 The same design can be found at the rear although we doubt that it’s made of Gorilla Glass due to its susceptibility to scratches. It’s also prone to smudges and fingerprints so you’ll definitely find yourself wiping it every now and then. What we like though is the glossy metallic paint job that reminds us of HTC U family’s Liquid Surface. The frame, on the other hand, is plastic with a matte finish. 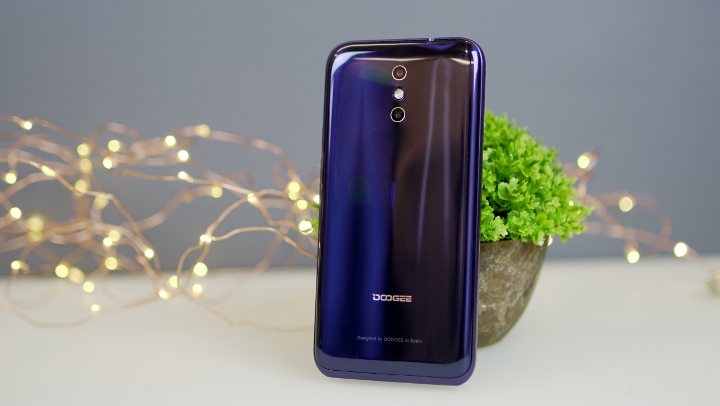 Going back to the front, we have a 5.5-inch screen with Full HD resolution. above it is the earpiece, 8MP camera, LED flash, and sensors. Down below is the thick bezel housing The fixed Home Button that also doubles as a fingerprint scanner. 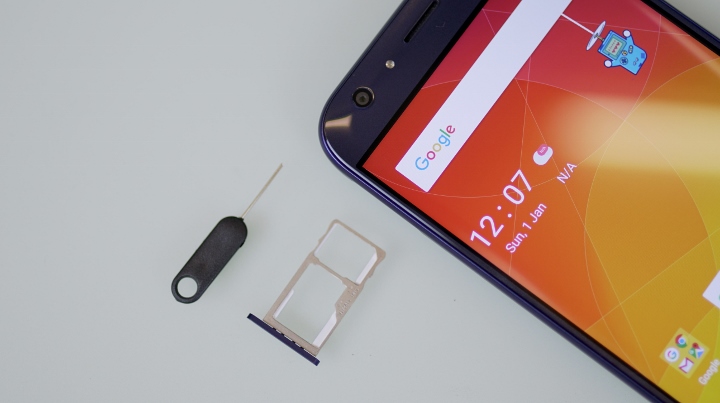 To the left is the hybrid SIM tray, while on the right are the Power/Lock button and the volume rocker. 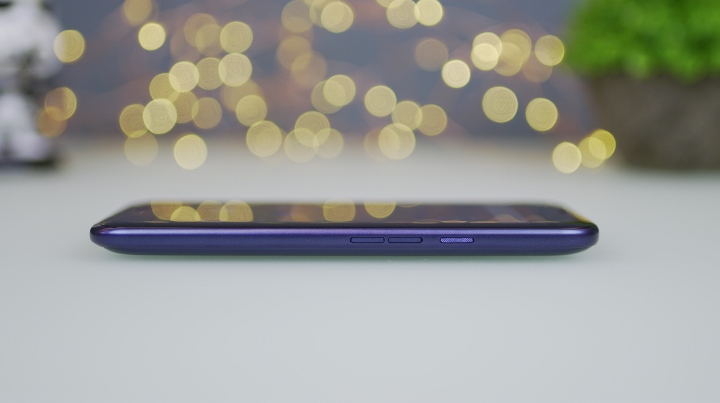 Above it is the 3.5mm headset jack, while down below are the micro USB port, loudspeaker, and main microphone. 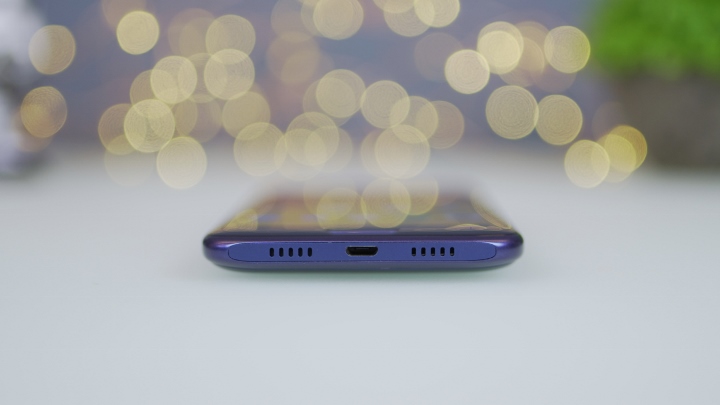 Flip it on its back are the dual 13MP PDAF cameras and LED flash. 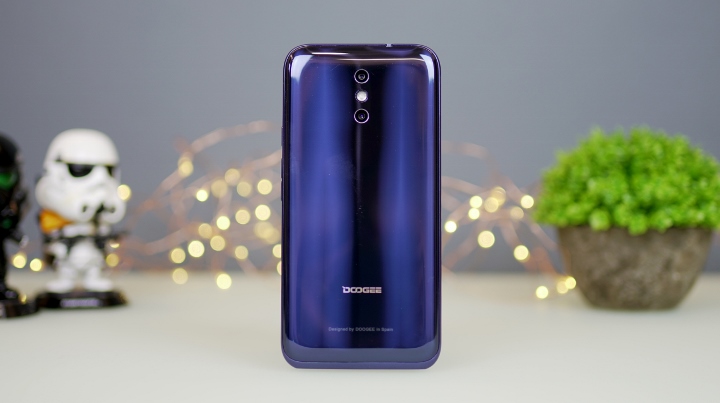 At 10.3mm, the BL5000 is thick. It’s hefty too at 210g, but that is understandable considering the 5,050mAh battery. Not impressive though as we have seen devices with large batteries like the ASUS ZenFone 3 Zoom and ZenFone 4 Max keep it relatively thin at under 9mm, but not a serious downer.

The BV5000 packs a 5.5-inch display with Full HD resolution or equal to 401ppi which is pretty standard but is one of the best resolutions for a screen of this size. Doogee didn’t mention what type of display it uses but we can assume it’s IPS. It has wide-viewing angles with really punchy colors. It can also get really bright so using it outdoors with strong sunlight is not an issue. 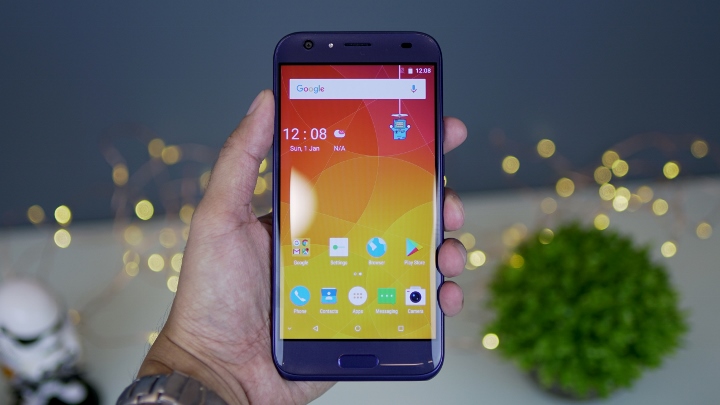 The loudspeaker, on the other hand, is audible with decent quality. Like most devices, the bass is almost non-existent but the output has no distortion and good enough for casual listening, video playback, hands-free voice calls, or gaming.

Handling the software is Android 7.0 Nougat skinned with Doogee’s own customization. If you have read our review of the Doogee Mix, the user interface is identical. It still looks outdated which you can remedy with a launcher. 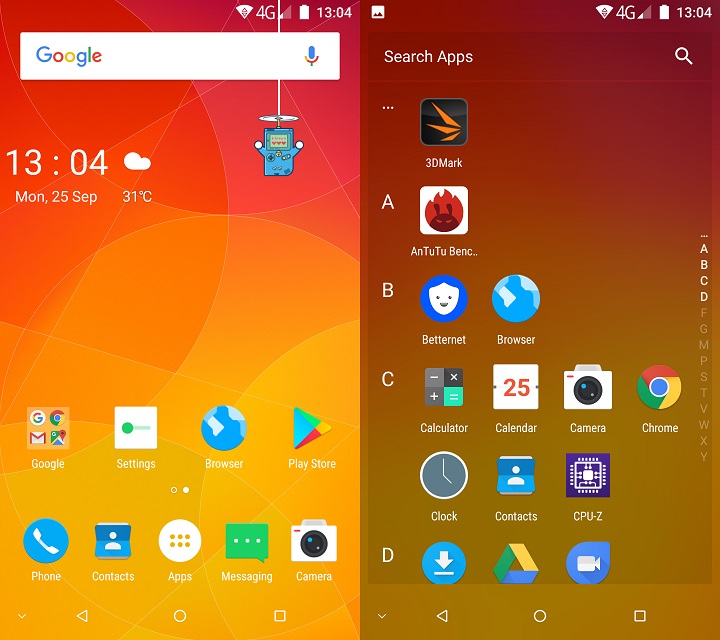 Tapping on the app drawer brings up the list of installed apps but in alphabetical order with no option to put it in grid mode. You can, however, toggle a switch that lets go of the app drawer icon and places all your apps in home screens instead. Other features include Gesture motion, Gesture Unlock, and Split Screen. 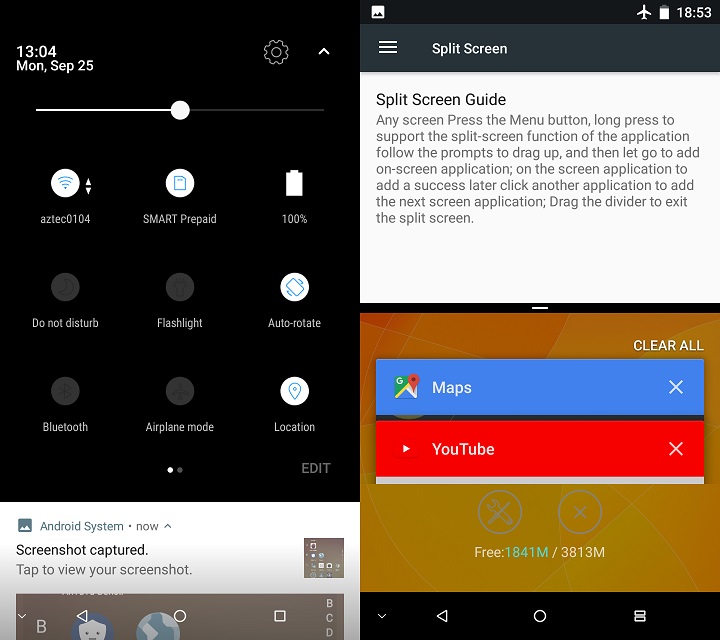 The same pre-installed apps are present like the basic Google apps and WPS office. The 64GB of storage has 53GB left usable for the user, which can be expanded via microSD card using the SIM2 slot.

The Doogee BL5000 is equipped with dual rear cameras with 13MP sensors. However, the secondary camera is mostly there to assist when it comes to taking photos with an artificially blurred background, which doesn’t really look good. We even tried covering the second camera and the result is just the same. Other in-camera features include FaceBeauty, Mono, Panorama, HDR, and PRO. 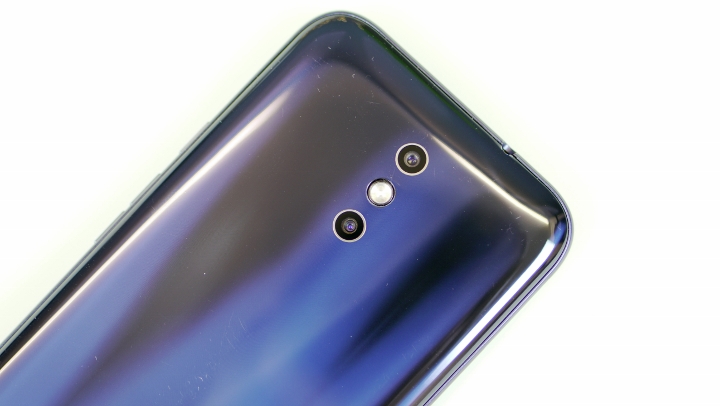 When it comes to normal shooting using the primary camera, the BL5000 actually works well and can produce images with nice colors, good white balance, and sufficient details. There’s 2x zoom but it’s digital. The front camera, on the other hand, can produce decent images, although details are softer and prone to noise. Selfies in the dark shouldn’t be a problem thanks to the front-mounted LED flash.

As for video recording, it can shoot videos at Full HD resolution at 30fps in 3GP format. Quality is okay with accurate colors and decent dynamic range. It’s not fluid though and shakey even with EIS on, but should suffice for casual shoots for upload to social media.

Powering the BL5000 is a MediaTek MT6750T octa-core CPU clocked at 1.5GHz, Mali-T860 GPU, and 4GB RAM. So far, basic operations are smooth and snappy. We didn’t experience any crashes or random reboots which is a good indication that things are stable. Games like Mobile Legends and Vainglory can be played at their highest settings without any issues. Warming can be felt at the back near the cameras when gaming but not too much to be a cause for concern. 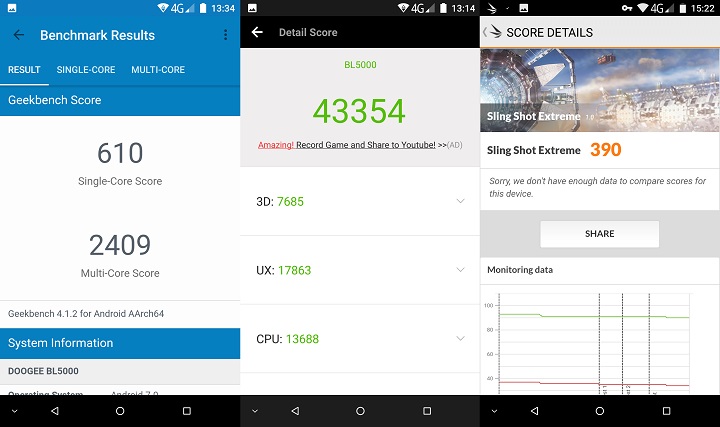 When it comes to connectivity, the BL5000 comes with the basics like 4G LTE, WiFi, Bluetooth, and GPS. So far we never had problems using these features. Mobile data connects fast while call quality is good as long as we’re in an area where the signal is good. Although we don’t think it supports Band 12 and 28 (700MHz) frequency.

Battery capacity is one of the main selling points of the BL5000. At 5,050mAh, it should last longer than most smartphones in the market. True enough, when mostly using it for browsing our social media apps, photography, and streaming music and videos, it was able to last us a full 2 days before we had to recharge.

However, it seems to have a difficult time keeping up with gaming. Playing Mobile Legends and Vainglory for just an hour already drained 17% of its battery. Our video loop test, on the other hand, only resulted in 11 hours of playback.

Note: PC Mark’s battery benchmark crashes on the BL5000 so results are not available.

Doogee’s BL5000 is an attempt to providing consumers a solid daily driver that has a nice look, premium build, dual rear cameras, 4GB RAM, 64GB storage, and a large battery. However, some of these features just fail to hit it out of the ballpark like the under-utilized dual rear cameras and its poor blur effect and the weird battery management. On the bright side, it doesn’t ask much at Php8,999. We just hope that Doogee can iron out its flaws to make it stand out from the competition. 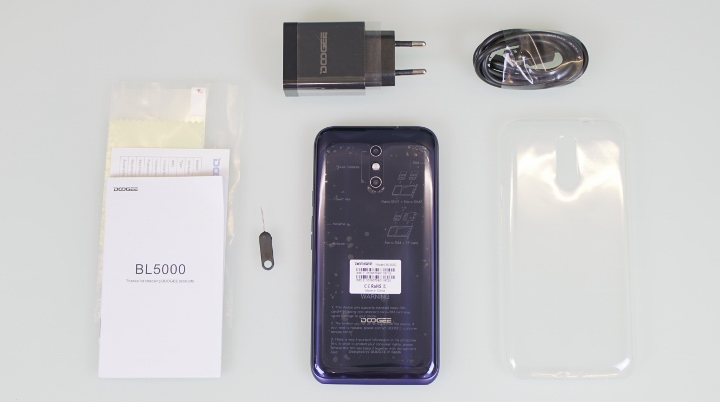 The Doogee BL5000 is available at Lazada. See listing here.

What we didn’t:
* Dual rear cameras are under utilized
* Excessive battery consumption in basic tasks

Is this 5ghz ac WiFi capable

In your experience of the Doogee BL5000, How many hours this thing can full charge to 0% until 100%?

Which is better the Doogee BL5000 Blue or Black? Why did you chose blue?