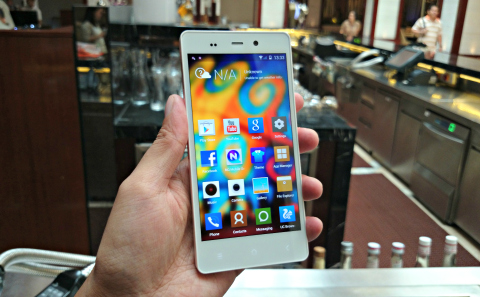 One of the main selling points of the Elife E6 is its display. Aside from the Full HD resolution, it also uses a LTPS (Low Temperature PolySilicon) LCD with OGS (One Glass Solution). The result is a display that is very crisp, with vibrant colors and great viewing angles. 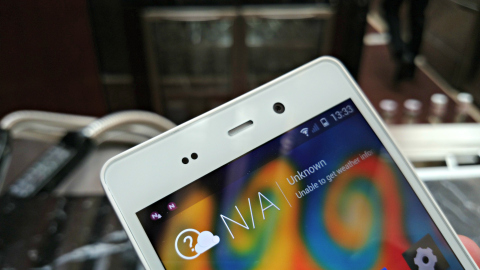 In addition, the E6 also features 2.54mm narrow edges and a polycarbonate unibody, hand-polished to create a glossy finish. On hand, the device feels very well-made and solid. At 128g, it is just a few grams heavy than the Huawei Ascend P6 (120g) and at 7.7mm thin, it is just a tiny bit thicker than the iPhone 5 (7.6mm). 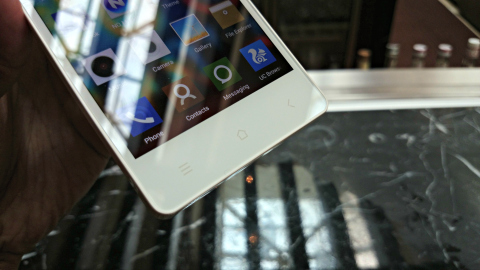 Come to think of it, the Elife E6 looks like a combined design of the iPhone 5 and the Ascend P6. 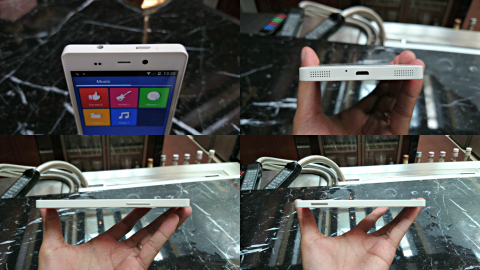 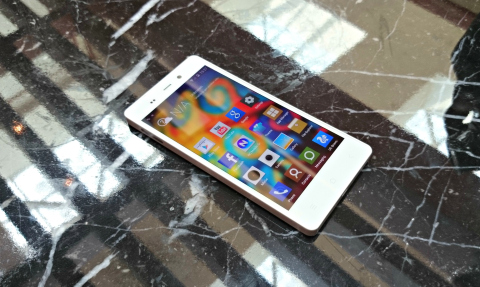 The Gionee Elife E6 has a price tag of Php18,999 and will be available starting tomorrow through their partner distributors.

the features were great! di man kilala baka ito magpabagsak sa kilalang brands nyo, Elife 6 for me is a break through brands that can compete with I phones and samsung sa features and durability
I actually bought it 20k but for me it’s a gadget that’s really worth to invest on. hindi naman brand name ang gagamitin nyo eh, yung features mismo :-)

This is my dream phone now. T^T

Guys i just bought 2 of these… one for me and one for my wife. Where else can you find a phablet this GREAT and not to mention CHEAP!

Sir, what about the camera?

Sony and LG smartphones are becoming popular in European countries, NEVER A CHINESE!

<— what a [email protected]%king irony! criticizing a chinese brand from a gay guy named after a Chinese place! IDIOT!

WCDMA->Short for wide-band CDMA (Code-Division Multiple Access), a 3G technology that increases data transmission rates in GSM systems by using the CDMA air interface instead of TDMA. WCDMA is based on CDMA and is the technology used in UMTS. WCDMA was adopted as a standard by the ITU under the name “IMT-2000 direct spread”

WCDMA->Short for wide-band CDMA (Code-Division Multiple Access), a 3G technology that increases data transmission rates in GSM systems by using the CDMA air interface instead of TDMA. WCDMA is based on CDMA and is the technology used in UMTS. WCDMA was adopted as a standard by the ITU under the name “IMT-2000 direct spread” MORON??

if this came from Cherry Mobile, guess how much it will cost?

this is Omega HD 2.0 in a bar for me. not in specs but in looks. I better hope it has atleast a Qualcomm Quad Core.

This is D.O.A. (guaranteed) if they don’t lower the price ASAP

Bad pricing. Who does Gionee think they are? That non-expandable 32Gb isn’t so bad, but only if it isn’t on a Mediatek phone.

If we’re talking about non-ZTE/ non-Huawei Chinese phones available in the Philippines, the THL W11 King Kong is the best buy.

13.0 MP camera in the back AND in FRONT (selfies galore!)

32Gb internal AND STILL expandable with a microSD card,

Novo7 Tech is the local distro, the same one that sells Oppo phones
https://www.facebook.com/iFive.ph

It has created somewhat of a brand outside the country in European nations. More importantly, I don’t think it’s positioning itself to be a Chinese brand. It’s similar to Lenovo, it’s a Chinese brand that doesn’t yell out that it’s a Chinese brand. It’s easy to associate Chinese brands with electronics that give you everything you’d want from a smartphone eg quad core, hd screen etc at a cheap price but lacks the things you’ve never imagined to be important. For that reason a lot of people steer clear from brands that shout China. Gionee is avoiding that I pressure. It is actually garnering great reviews around the Web saying it’s one of the better alternative for a nexus 4. I’d like to try it out once it hits stores in manila. I’m actually waiting for local insights from yuga for this device.

That may be so, but if we look at it hardware-wise, it’s pretty much punching well over its weight class. Now if it only has the Snapdragon 600 or 800 inside… I’d rather get the THL phone I mentioned. Which I actually am. :D

but we are inside the philippines, your argument becomes irrelevant as our 3rd world market will never spend 19k on a device with a chinese sounding brand. GIONEE? who are you kidding? only the chinese are capable of such lousy branding. lols.

It’s funny that you’re already complaining about the price without knowing the full potential of this smart phone.
Yes, the price is too much for the hardware specifications, but have you considered the other features that this phone can offer?

So, what can we get from that 7,709.00?
1. RAM is 1GB higher compared to SM Knight.
2. Both uses Quad Core ARM Cortex A7 but Elife E6 is 0.3GHz higher compared to SM Knights 1.2GHz.
3. Bigger screen (5.0″ vs 4.7″)
4. ROM is 32GB compared to Knight’s 4GB. (Yes! Knight’s storage capacity can be upgraded by the use of SD Card. But have you considered that the performance of an app suffers when it is stored on an SD Card? And it still ate some space from your phone’s ROM even if you transfer the app to SD Card.)
5. Battery of ELife E6 is 20mAh higher.
6. Screen resolution is higher. (1080×1920 441ppi compared to 720×1280 315ppi of Knight)
7. Plastic material used is of higher quality.
8. Motion Sensing Technology / Gesture Control (wala sa Knight nyan)
9. Heartbeat Synchronizing Technology (wala rin sa Knight nito)
10. Android is customized by Gionee unlike with the local brands (SM, CM, and MP) that only make a very minor android customization (nagpapalit lang ata ng icon eh… Hehehe)
11. Gionee is the one manufactures their phone. Unlike SM and CM that only do rebranding. That means better support since they are the one who created the product. Unlike rebranding companies na para ka lang nagpa-repair ng cp sa tabi-tabi kasi hindi naman din sila gumawa nung product.
12. Quality? I can’t compare yet. But one thing is for sure… Our local brands are not of good quality. I can say that based on my experience with StarMobile and Cherry Mobile.
13. StarMobile Knight’s camera is higher in MP comapred to gionee based on their packaging. SM Knight’s 18MP primary camera is not really 18MP. And if you are knowledgeable in photography, it is not all about the mega-pixels. So I can’t say who has the better camera until I can compare them in action.
14. Yes, It’s a China phone. But not all China phones are of bad quality. And even Smart Phone Giants like iPhone are made in China.

Based on those comparisons, is 7,709.00 difference reasonable?

Elle B. Yam
Reply to  evollove

I own a Gionee Elife E3 (E6 is the later version and better specs) so far I love the phone and what it has to offer. Though I was skeptical at first thinking if it was worth shelling out mney for, I am glad I bought it because I never made a mistake. Considering the european technology it uses which is very strict and a very good surround sound patented by Yamaha well known for best quality sound. It even comes with a free Yamaha earphones which are to die for, one of the selling points and reason why consumers were more convinced in buying. Despite of its unfamiliar name it can compete with Samsung, Huawei, Sony E and even Iphone. Of course, you have to own one to see and feel the difference. This is just their E3 I’m talking about… what more if it’s Elife E6 which is more high end? So before some people react, I guess you have to experience somethings first instead of commenting on it without any knowledge about the product just for the sake of being able to comment…

Elle B. Yam
Reply to  evollove

I had dropped my Gionee phone for several times and voila! It’s still in great condition. I don’t need to have it checked at their service center. One that Gionee is proud of… the durability of their phones considering the sensitivity of modern technology. Definitely money’s worth and friendly customer service here in the Philippines :) I am planning to get the Elife E7 when they release it in the market!

let it be
Reply to  thecorrescode

where the hell you shit came from?

Php18,999?!? I wonder how many people are willing to shell out that much cash for a phone made by a very much unheard-of company?

Only in the Philippines. I first read about this in other tech site and it is very popular in European countries. Apparently they appreciate Chinese brands more than we do here in Asia outside China.