Google Pixel 3a vs Pixel 3a XL: What's different?

Google Pixel 3a vs Pixel 3a XL: What’s different?

Google has been straightforward when it comes to smartphone releases, especially with the Pixel family. However, this will be the first time in three iterations that the company launched mid-range variants of the series — the Pixel 3a and Pixel 3a XL. How is it any different from each other? Well, they don’t have a significant gap but, it’s enough to cater to the needs of other people. Let’s begin! 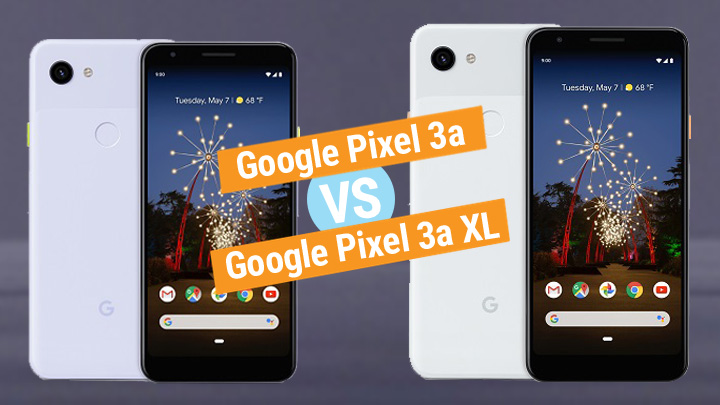 Before we discuss their differences, let’s first tackle the identical specs that they both have starting with the chipset. They carry the same Snapdragon 670 chipset with an Adreno 615 GPU. Given that there’s only a handful of devices equipped with this chip, we don’t have a concrete idea on how well it performs. However, we can safely assume that its speed and capability sits between the Snapdragon 660 and Snapdragon 710’s performances.

Both of them also have an ample 4GB of RAM and 64GB of storage which is fine. I will have preferred, however, if the 3a XL gets a higher RAM and storage variant which could have enticed consumers more.

Powering the camera department is a single 12.2MP f/1.8 rear camera and an 8MP f/2.0 front shooter. Given that the Pixel 3 and Pixel 3 XL have the same rear shooter setup expect that the Pixel 3a and 3a XL will have an excellent performance overall. As for the selfie quality, I can’t say anything yet as we’ll have to test it out ourselves.

Now, let’s discuss their specs differences starting with the display. The Pixel 3a comes with a 5.6-inch OLED screen while the Pixel 3a XL has the same panel with a larger 6.0-inch size. Google still sticks with the small form factor and displays that are preferred by some users. The latter’s size is pretty much the standard nowadays so if you are a minimalist and looking for a more compact device, go with the former.

For battery capacity, I’m pretty pleased with the 3,700mAh of the Pixel 3a XL given that this is the most massive battery so far of Google in terms of Pixel smartphones. The Pixel 3a, however, only gets 3,000mAh which is pretty small nowadays.