In an online-only global launch last night, Huawei has announced its latest P-series smartphone and this time, it’s not just a duo of devices but with an additional one more in the family. So, aside from the Huawei P40 and P40 Pro, Huawei added yet another P40 Pro+ (P40 Pro Plus). Fortunately for us, we got an early unit of the P40 Pro and we’ll give you our hands-on experience of this baby. 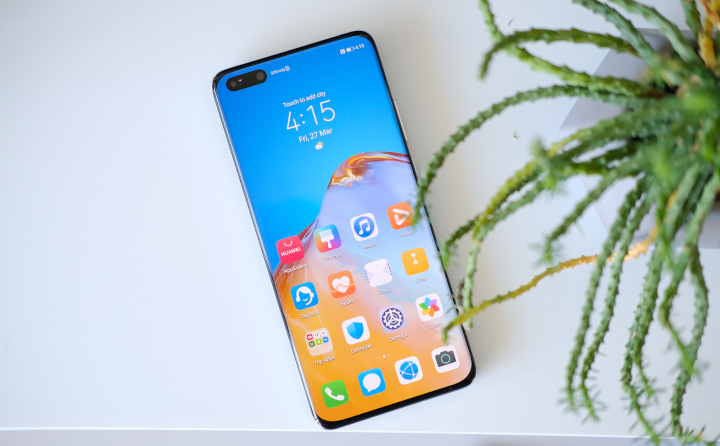 We give it to Huawei for really making their devices stand out. The P40 Pro looks beautiful and elegant with that solid, all-metal build, expansive display that curves on all sides. Yes, this is probably the very first phone that has a curved display on all four sides (compared to all others that only the two sides are curved). This allows it the display to almost flow over the sides and reduces the bezels to close to nil. The curves are not as prominent as the one on the Mate 30 Pro but more like that of the Mate 20 Pro. Perhaps, that’s the reason why the Mate 30 Pro (94.1%) has a higher screen-to-body ratio than the P40 Pro (91.6%) despite having almost the same screen size (6.53 inches vs. 6.58 inches). 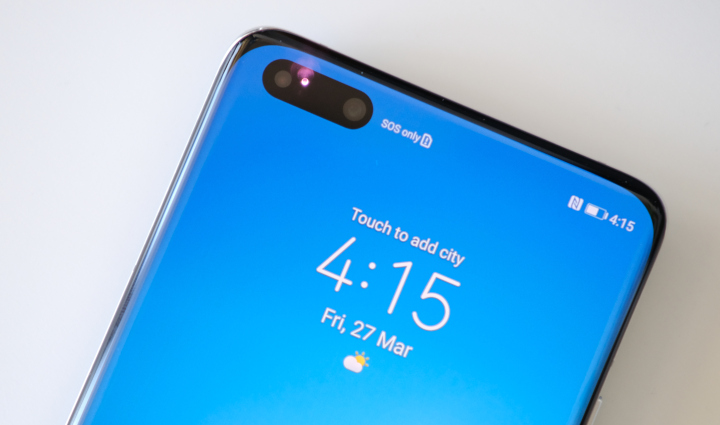 Where the P40 Pro really flexed its muscle is with that curved display at the top and bottom sides, further reducing the bezels to as narrow as possible. Huawei also did away with the notch in favor of a punch-hole design at the top left corner that houses the 32MP front-facing camera and IR depth sensor.

Speaking of the display, the P40 Pro’s Flex OLED display is similar to the Mate 30 Pro but only this time its got a 90Hz refresh rate and looks better and more noticeable when playing games. It’s bright with rich, vivid colors. The screen is 6.58-inch across but due to the narrow bezels, it remains more compact compared to the Mate 30 Pro. We’d say it’s got the same size and profile as the Mate 20 Pro. That cut-out design for the front camera might be a distraction so there’s an option in the Settings to hide the cut-out and put a black screen along the entire area which does not look good in our opinion.

The fingerprint scanner is right within the display but there’s an option for infrared face recognition for added security when locking your phone. There are quite a number of color options, from Ice White, Deep Sea Blue, Black, Silver Frost and Blush Gold. Our review unit is the Matte Gray.

One interesting design feature of the P40 Pro is the glass black panel that looks frosted with a matte finish that surprisingly keeps smudges and fingerprints away. The USB port is found at the bottom end along with the primary mic, speaker grill and SIM card slot. The power button and volume rocker are on the right side while the IR blaster and noise-canceling mic are up top. The SIM tray holds a nano-SIM card and a second slot for either an NM card or another nano-SIM. 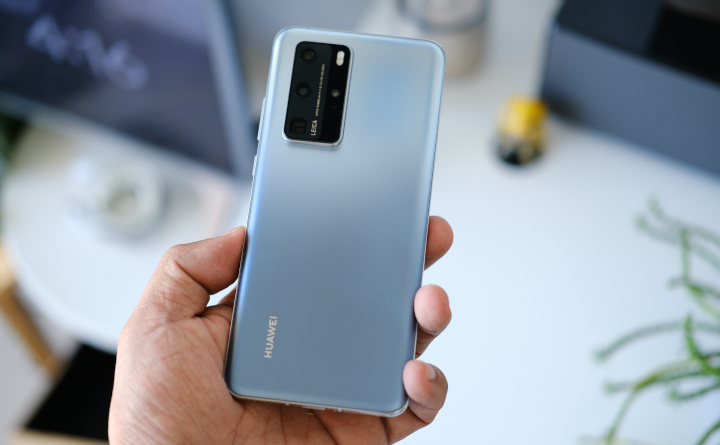 Huawei’s P-series phones are really a showcase of its photography capabilities and the P40 Pro certainly brings the goods. There’s a large camera module that protrudes at the upper left corner which houses the 4 camera. 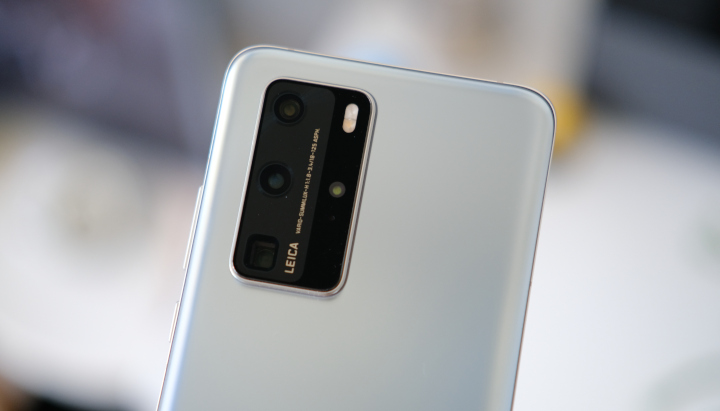 There’s the main 50MP Ultra Vision Camera with f/1.9 aperture, another 40MP SuperSensing Cine Camera f/1.8 that’s used for ultra-wide shots, a 12MP SuperSensing Telephoto camera (up to 50x digital zoom) and a Time-of-Flight camera. All these are engineered to bring the best results with that Leica DNA. 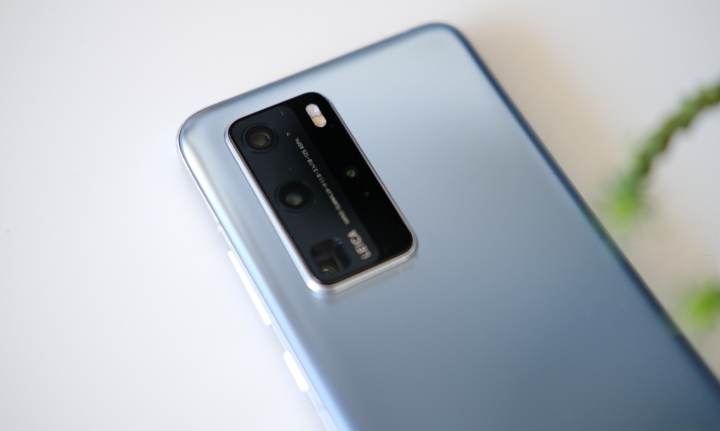 Powering the Huawei P40 Pro is a HiSilcon Kirin 990 5G chip which comes with an octa-core processor with a max clock speed of 2.8GHz, paired by a Mali-G76 MP16 GPU. This is the same chipset used by the Mate 30 Pro 5G which was also recently released locally. It also has 8GB of RAM and either 128GB or 256GB internal storage that’s expandable for another 256GB via an NM card. The P40 Pro also runs on EMUI 10.1 which is based on Android 10 with the Huawei AppGallery.

Aside from 5G connectivity (which, by the way, compatible with Globe 5G and Smart 5G networks), there’s Bluetooth 5.1 and WiFi 6 Plus. The internal battery is rated at 4,200mAh with fast charging capability, fast wireless charging and supports reverse wireless charging.

It can be availed in the Lazada Flagship Store and MemoXpress with freebies worth PHP 12,285. This includes the Huawei Freebuds at Php8,990, Band 4 at Php1,890, 50GB cloud storage for 1 year at Php588, GCash voucher at Php70, Pho50 worth of Paymaya credits, Php100 discount in GMovies and a Booky Prime membership for 3 months at Php597. The final payment for purchases via Lazada must be settled from April 22 to 24.