There are smartphones that come out every once in a while that demand your attention. In the sea of so many smartphones out there, especially in the Android space, it’s hard to be something unique. Enter the Infinix ZERO ULTRA, the most premium smartphone the brand has released yet. It’s a smartphone that demands your attention as it features game changing charging and a really premium looking build. It looks and feels like a flagship device but where does it come up short? Let’s find out. 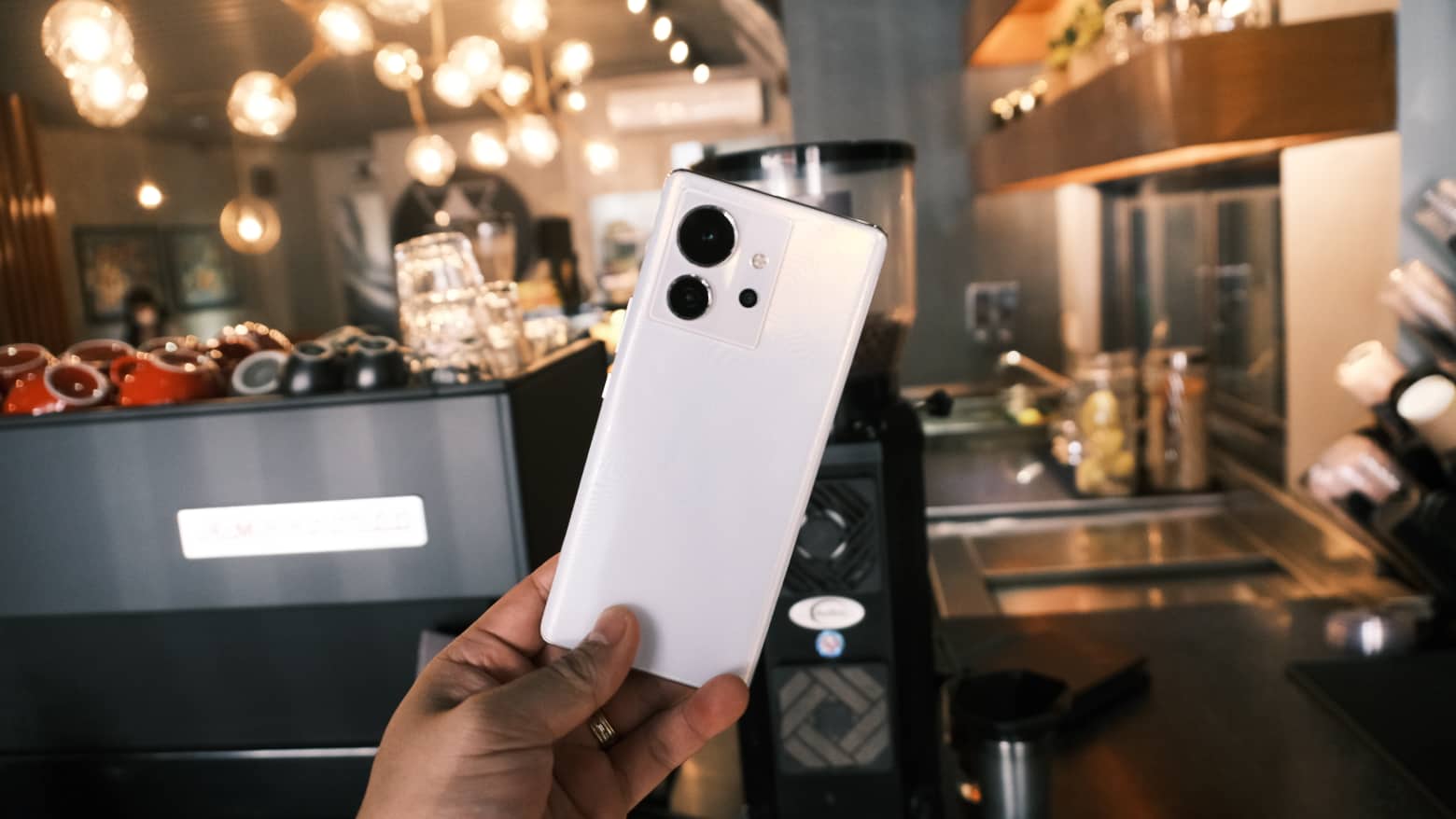 The Infinix ZERO ULTRA is a big smartphone in the best of ways in my opinion. It’s a tall device at 165.5mm that sports a 6.8-inch display. It has a punch hole at the top and minimal bezels at the top and bottom. It has a curved display that creates that waterfall effect on the sides, which I have to say is done elegantly, it’s not a distraction at all. 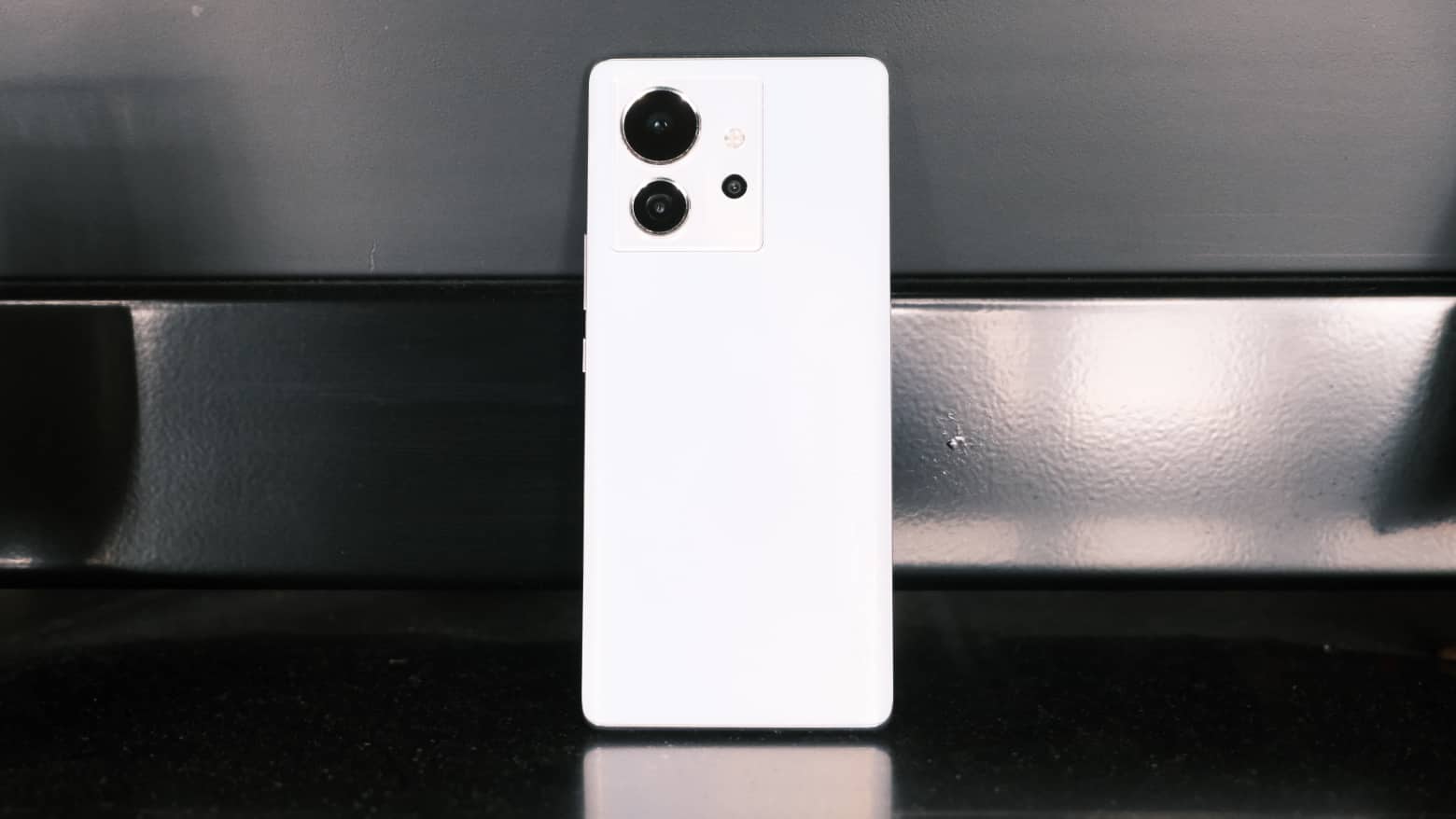 Placed on the right is the power/lock button as well as the volume rocker. They’re firm and clicky, and easy to reach as they’re placed near the middle of the frame. On the top frame, we have a loudspeaker and a secondary microphone. 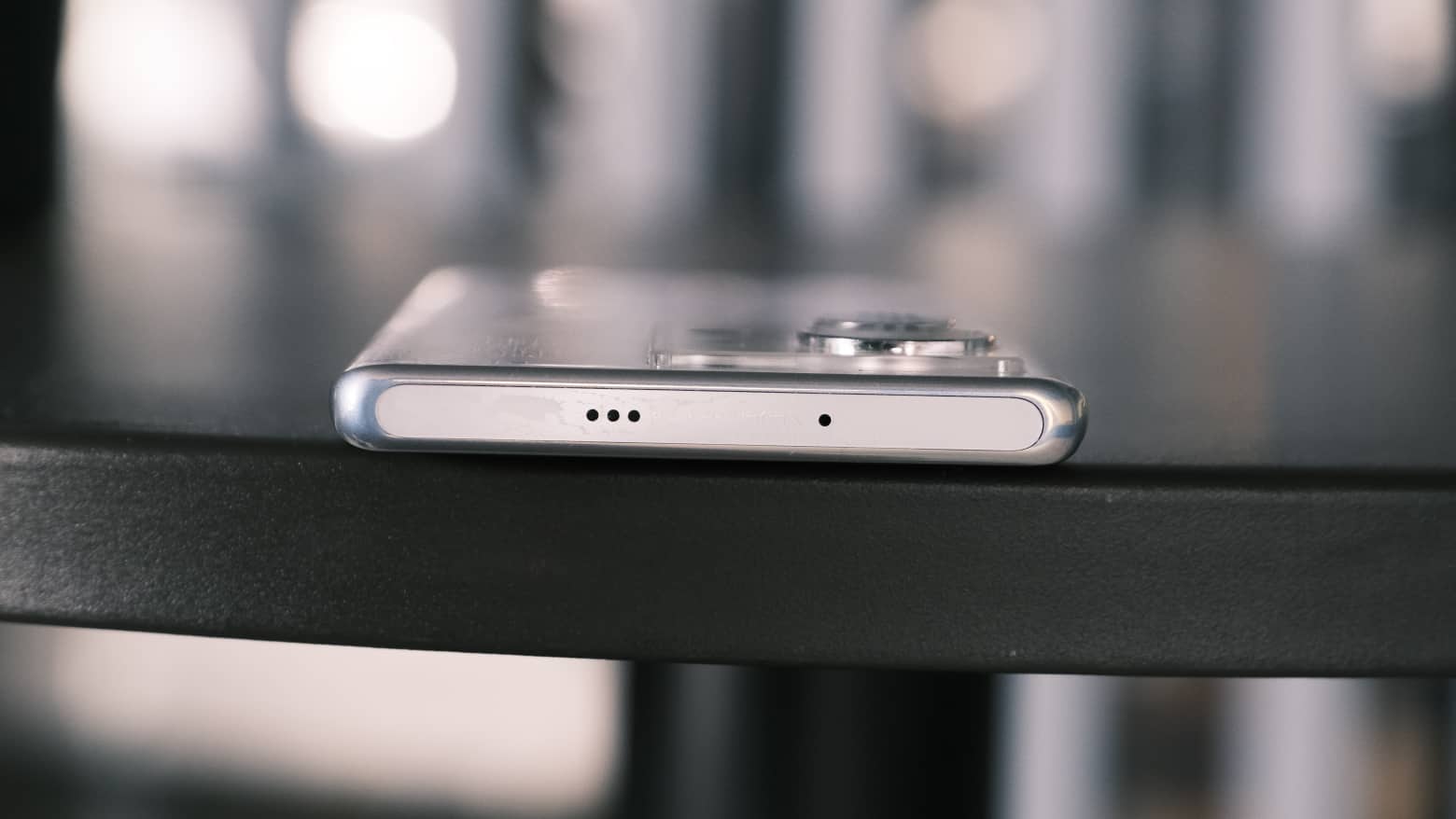 Down below is the dual-nano SIM card slot, main microphone, USB-C port, and loudspeaker. At the rear of the smartphone you will see the large triple camera module that houses the 200MP main camera, 13MP ultra-wide, the 2MP macro, and the LED flash. Covering the back is a textured plastic back that in our colorway, Coslight Silver, looks like white sand waves that flow throughout the rear. It’s very premium to touch and curves elegantly to the sides. 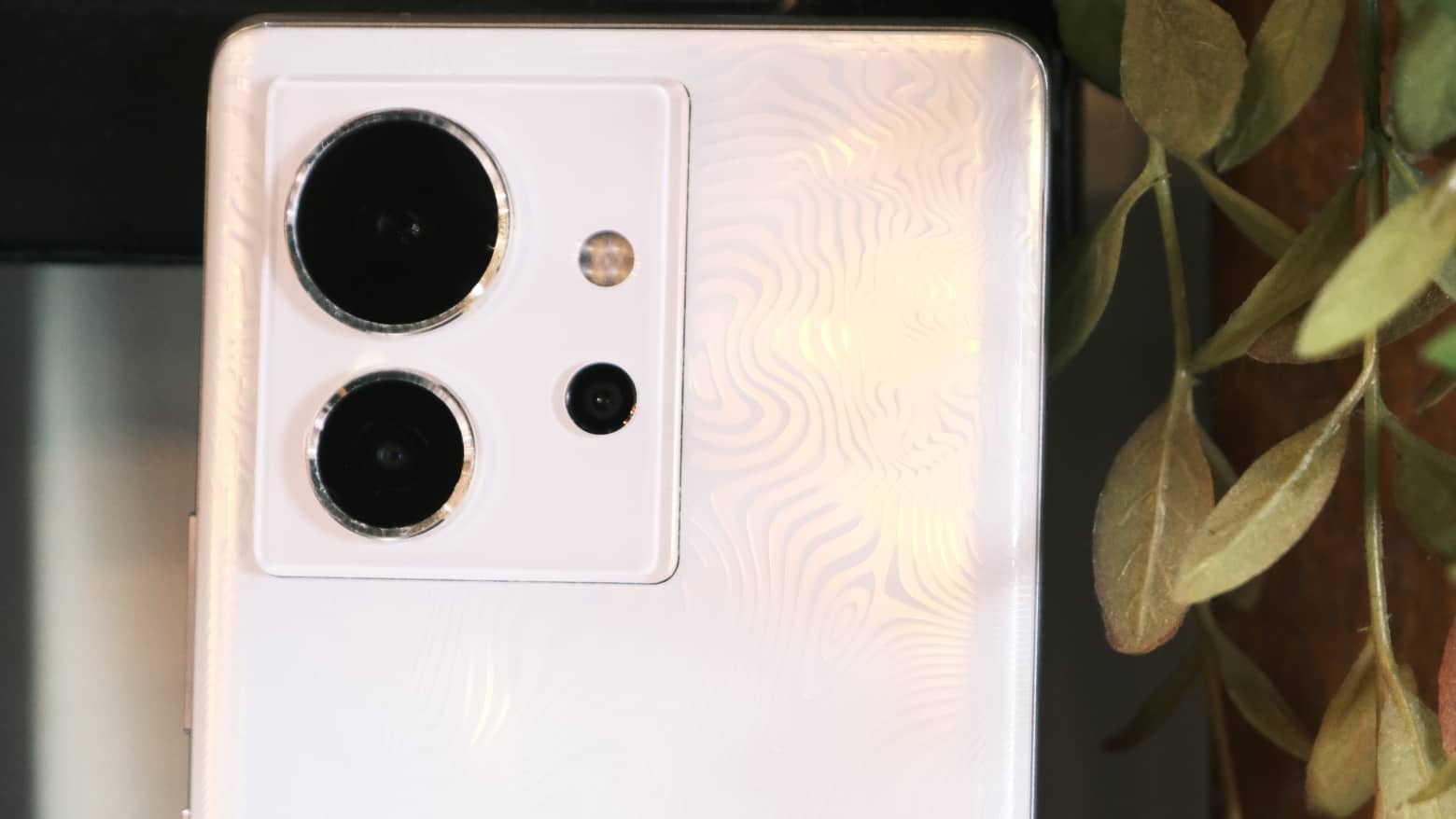 The device is a bit heavy for users of smaller smartphones at 213 g. It’s still very comfortable to hold with one hand because both sides have curves. It makes it seem slimmer than it actually is and is very easy to grip. Navigation though is a different thing as you probably need to use both your hands to comfortable type messages and go around the UI. Good to note though that the included plastic case with the device is thin enough and doesn’t add a lot of bulk to the Infinix ZERO ULTRA. 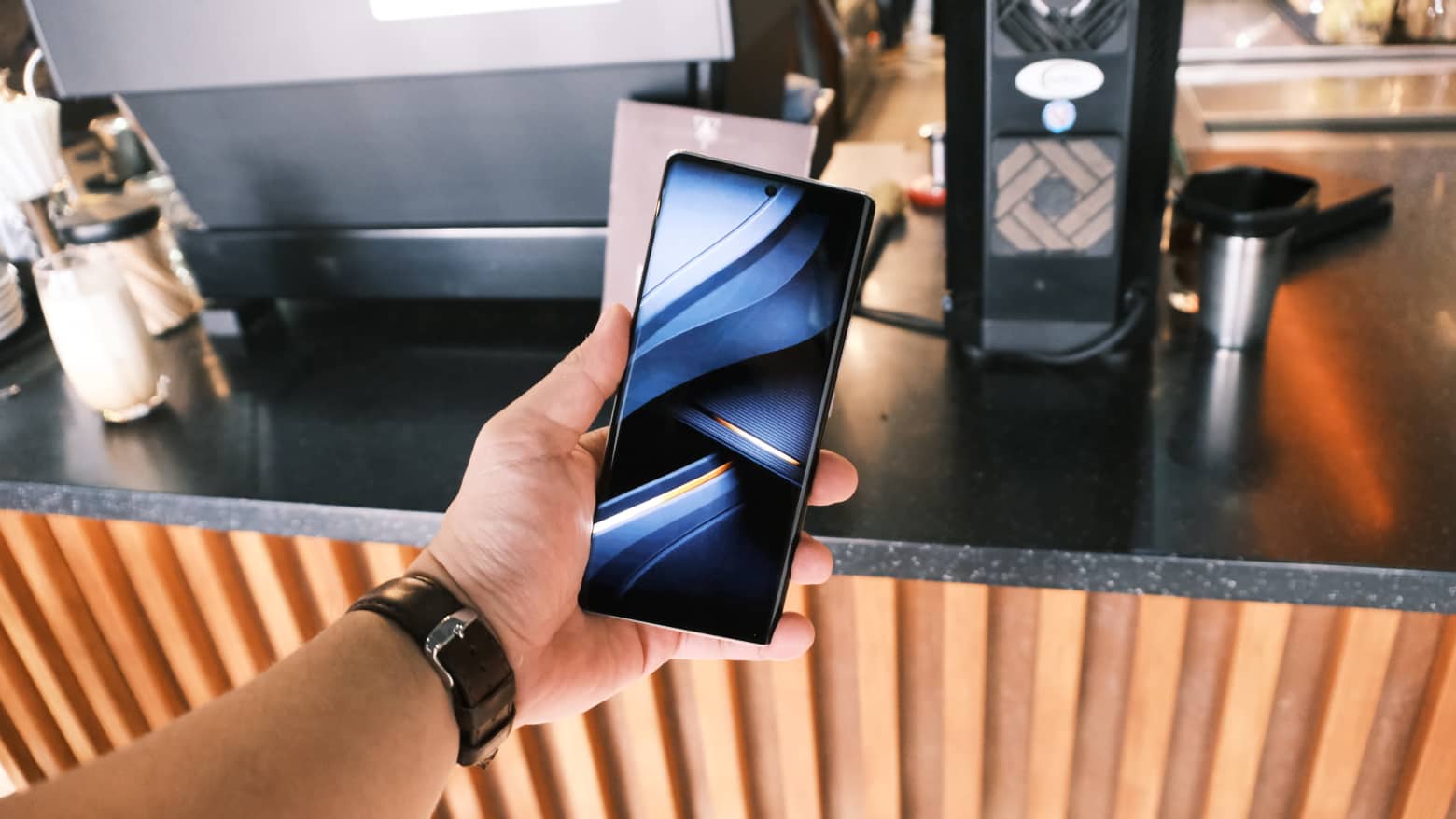 One of the things that is not included with the device is dust and water resistance. That lack of an IP rating is a bummer and this is probably where the company cut some corners in order to lower the price of the device. Some users online though have said that they’ve already submerged the Infinix ZERO ULTRA in water and it survived like it has an IP rating. This might be a case of just not getting an official IP rating for the smartphone.

The 6.8-inch display of the Infinix ZERO ULTRA has very slim bezels both at the top and bottom and the sides. It uses an AMOLED panel to produce really deep blacks and vibrant colors. It has a resolution of 2400 x 1080 which equals 387ppi, and a maximum refresh rate of 120Hz. Animations, scrolling, and general UI navigation is very smooth. There’s also an option to lower the refresh rate to 60Hz to save a bit of battery, but no automatic adjustments here. Other features include High Brightness Mode which allows the screen to be brighter under direct light to see the screen clearny, but uses more battery. It also has EyeCare, plus bright-colored (which is equivalent to vibrant), and original color settings. 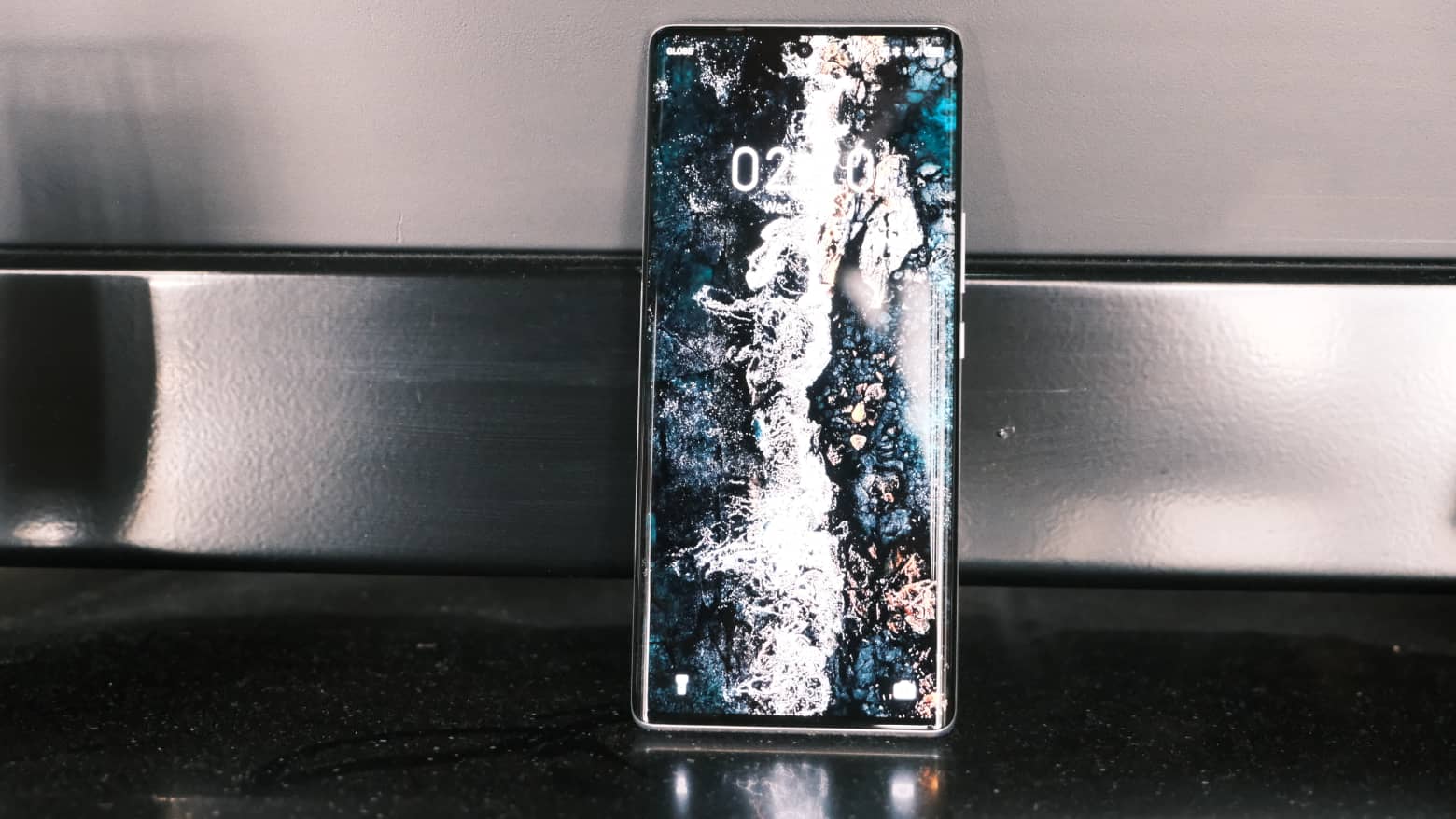 The viewing experience is really immersive as the screen is very sharp even at Full HD+ resolution. It is very bright, and can go up to 900 nits so using this outdoors was never an issue for me. Lastly, the dual loudspeakers can get very loud, there’s a definite lack of bass here but vocals come out clearly, and watching a movie such as Top Gun: Maverick was more immersive than I thought on this device. It supports DTS Sound which adjusts your sound to Music, Video, Game, or Smart to best suit your needs and also features an Equalizer if you want to personalize your audio. 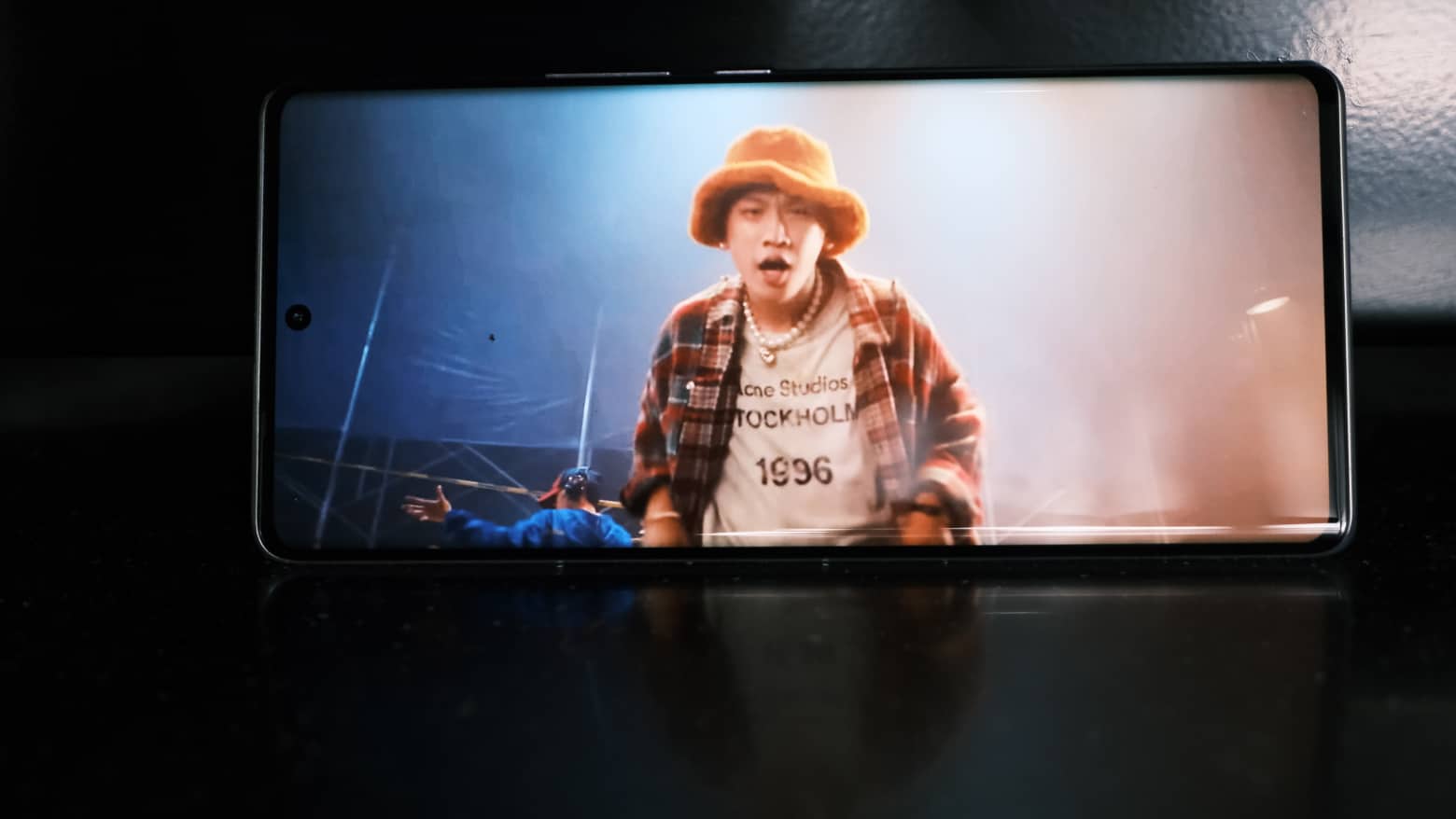 The Infinix ZERO ULTRA is equipped with three cameras, the 200MP main powered by what the company says is the Samsung Isocell HP1 sensor, 13MP ultrawide, and 2MP macro lens. That 200MP camera is one of the main sellings points of the smartphone, and for the most part, it doesn’t disappoint. 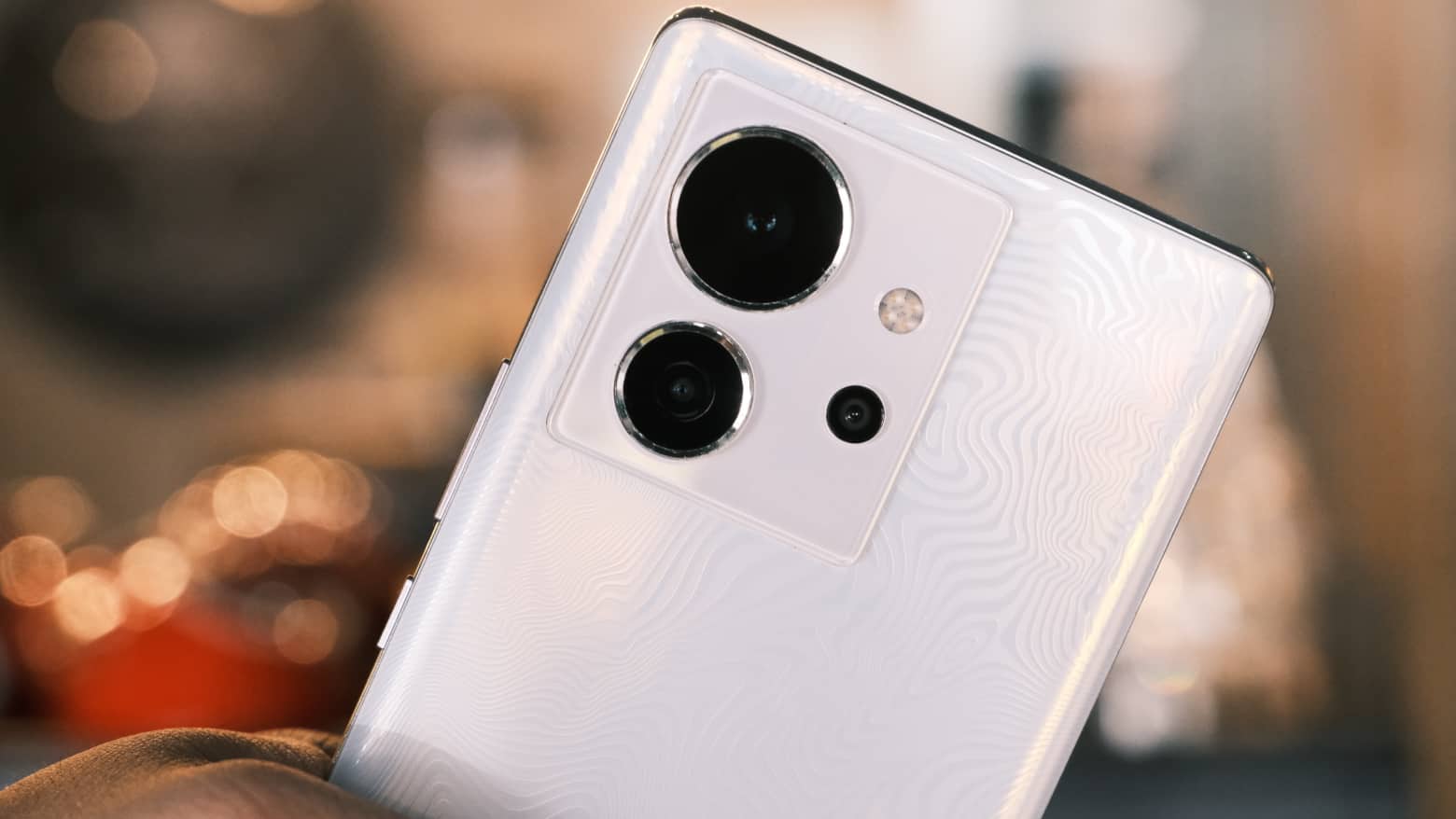 The images produced are sharp albeit a bit too saturated for my tastes. The 200MP does well in most situations and can actually compete with smartphones more expensive than this one. Do take note though that in the regular AI camera mode, it only takes 12MP pictures which are already sharp enough for everyday use. You have to manually select the 200MP mode in order to use the full power of the sensor. 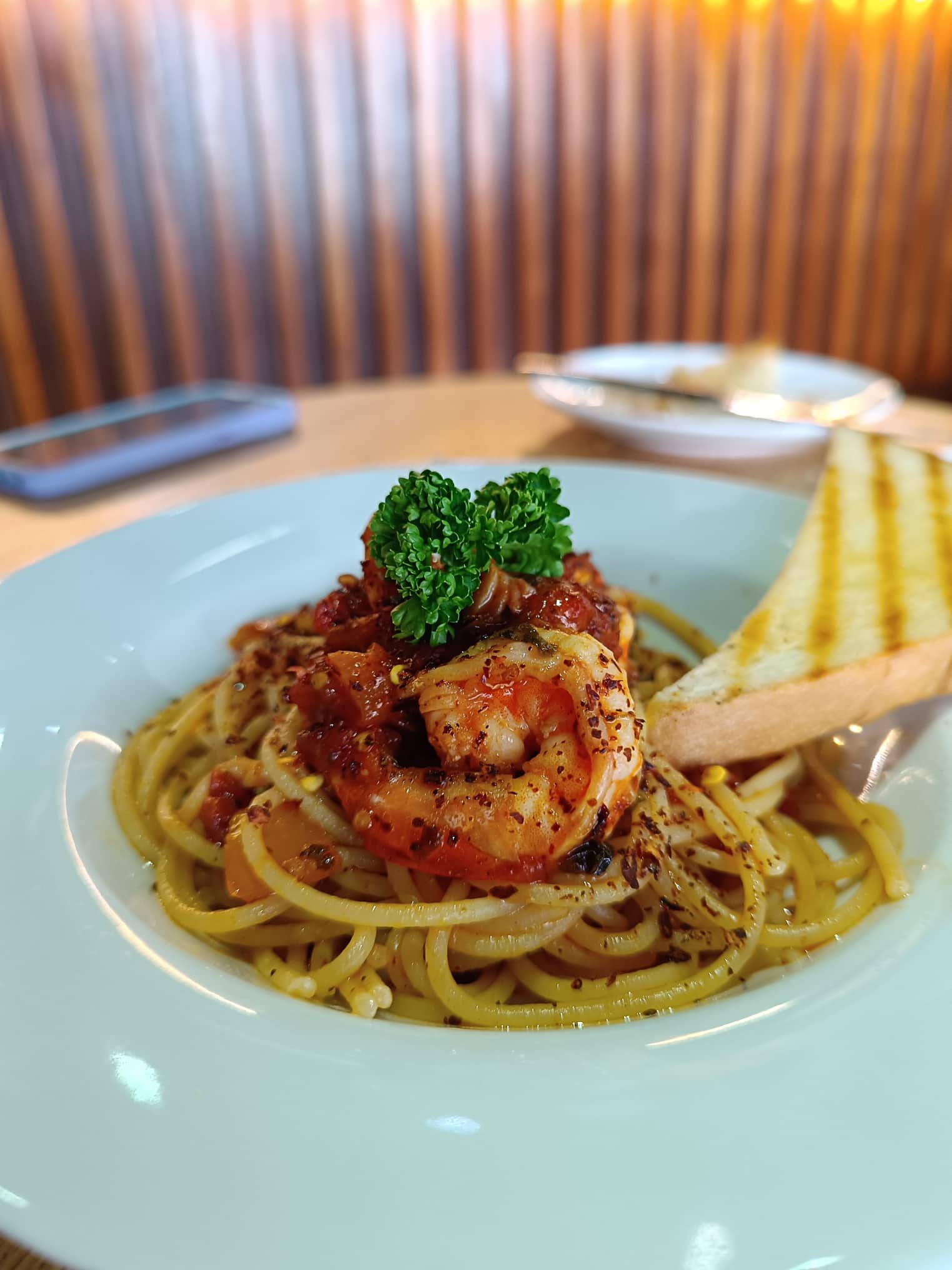 Using the 200MP mode on the camera definitely raises the detail that you can see in a picture, but it also raises the file size to around 70MB per picture, which clearly will eat up your memory in no time. The 200MP also takes a bit of time as it asks you to hold the phone for around 2 seconds before it completes the photo. This might be a software issue with our review unit, or is a processor issue as this doesn’t use the most powerful processor around to power that massive sensor. 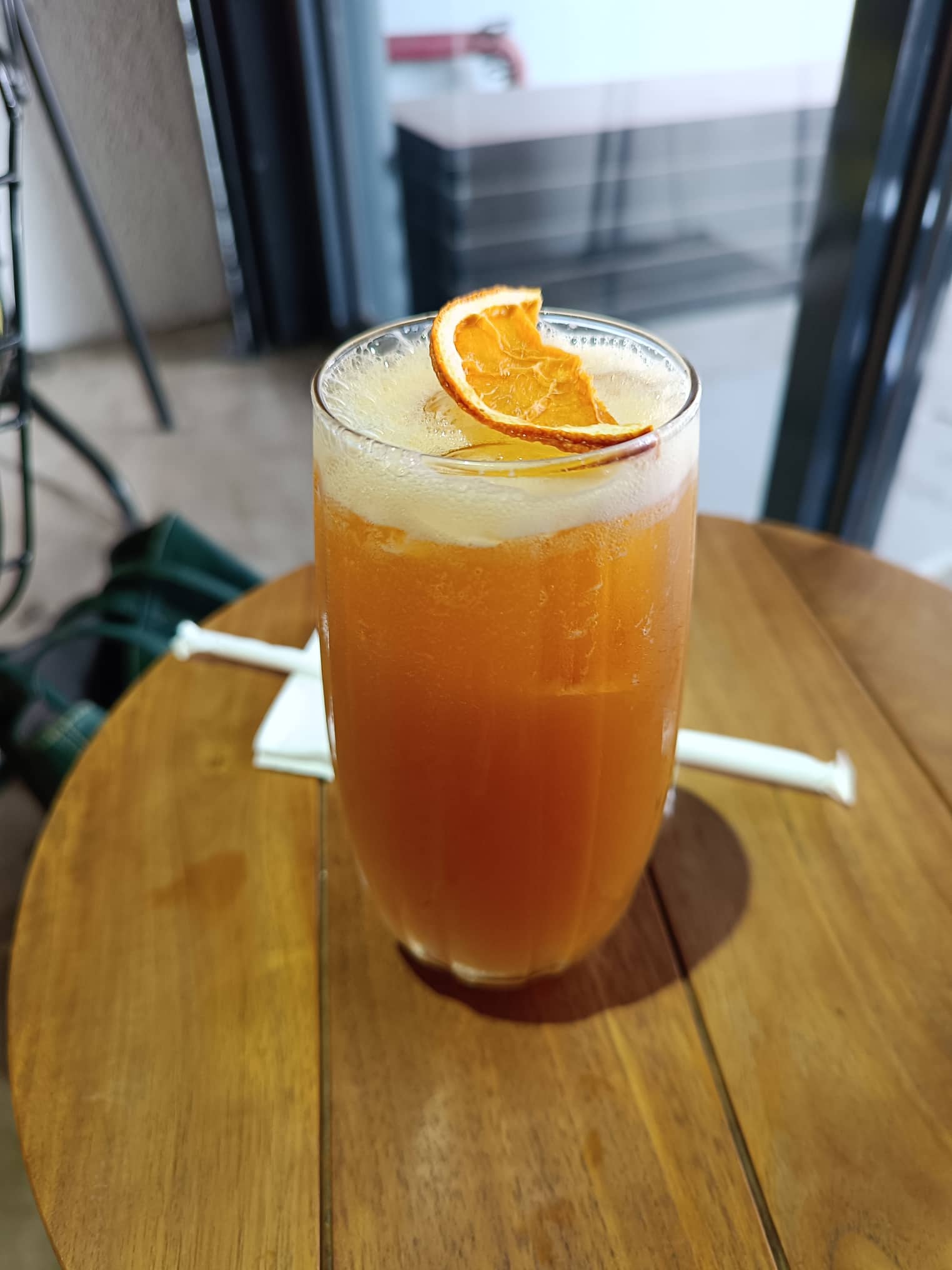 As long as you have good light though, I don’t see the need to use that 200MP mode, the regular AI or Pro mode creates sharp enough images for you to use everyday. Lastly, the portrait photo mode on the smartphone is a bit too aggressive as I had a hard time using it properly because it kept blurring a part of the subject’s face. When it comes to video recording, the Infinix ZERO ULTRA can shoot up to 4K at 30fps and 1080 up to 60fps. The quality is mostly the same as images and comes with good stabilization as seen in the sample video where we’re just moving and walking around.

For the software, it runs on XOS 12 based on Android 12. It’s a very simple UI with some traits copied from a certain fruit company out there. Overall though, it is very easy to navigate and use and gives you enough personalization to suit your needs. It defaults to a gesture based navigation which is pretty natural to use especially with the curved sides and features an app drawer when you swipe up from below.

Swiping down from the top right corner shows the control center for your device.

Swiping down from the top left corner reveals your notifications.

As for special features, the device has a quick sidebar that can be accessed by long swiping from either corner and features your most used apps. It also has Power Marathon, which customizes your battery use, Folax, a Voice Assistant that works offline, and Lightning Multi Window which opens a floating window of an app that allows you to multi-task easier.

A software issue that I’ve had though with XOS was the lack of some of the apps on the Google Play Store. I had to use Infinix’ own Palm Store to find apps such as GCash and Netflix which was a bit weird because the store didn’t have the latest versions of the apps. It would also sometimes stop playing Netflix videos, I had to restart the device a couple of times in order to continue playing a video I was watching.

There’s quite a bit of bloatware installed in the device that can’t be removed. Though it has all your usual Google apps as well. This device has 256GB of storage which is more than enough for users.

Powering the Infinix ZERO ULTRA is a MediaTek Dimensity 920 chipset with an octa-core CPU clocked at a maximum of 2.5Ghz. It also features a Mali-G68 MC4 GPU and 8GB of RAM with up to 5GB of RAM expansion. When it comes to regular everyday performance, this device does well enough. 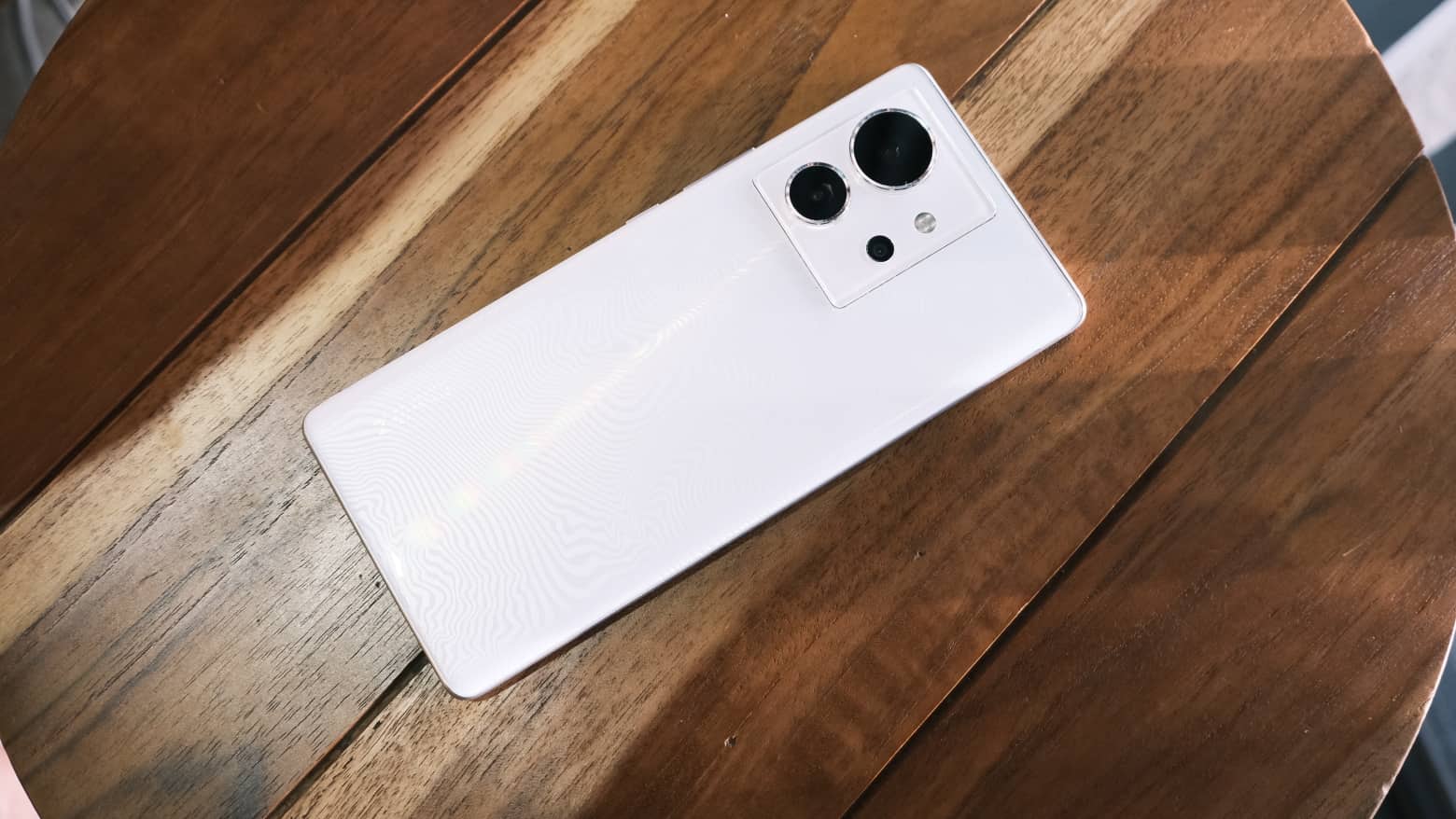 Apps always launched quickly and I never had a problem multi-tasking with the device. It’s very snappy considering it sports a medium range processor. Games like Genshin Impact and Tower of Fantasy defaulted to high settings but that didn’t net me the high FPS that I was looking for so I ended up settling for lower graphic settings in order to play my games smoothly. Check out the benchmark scores below: 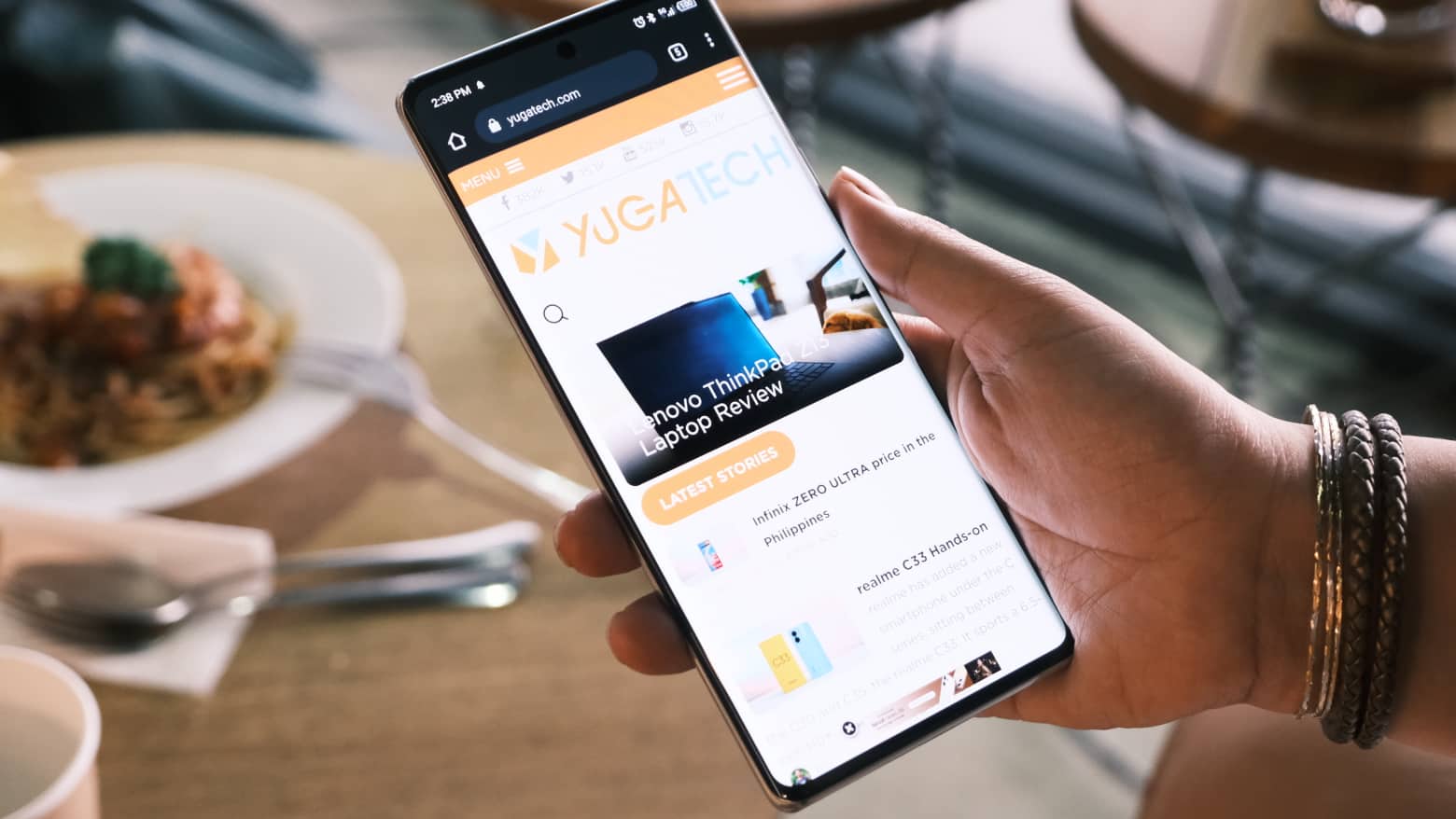 And we are, the crowning glory of this smartphone, the battery. It’s not the capacity that will surprise you, as it only sports 4,500mAh capacity (which by the way lasts a long while), but the fast charging capability of this smartphone. The smartphone lasted around 21 hours in a video loop test which is very good. But the 180W Thunder Charge really changes things. It was able to charge the battery from 0 to 50% in around 5 minutes and a full charge at around 18 minutes. This allows me to use the phone as much as I want, drain the battery, plug it in, and do something for a few minutes and just like that, I’m back to full charge.

The Infinix ZERO ULTRA gets a lot of things right, it looks and feels like a flagship smartphone with that curved display and textured back. Its screen gets very bright and is very sharp, while the camera system more or less takes great shots in most scenarios, with some software hiccups here and there that we hope Infinix would fix with a software update. It’s not hard to take a look at the device though, coming in at PHP 21,999 for the lone 8GB + 256GB model, that’s a pretty sweet deal for what you get. Watch out also flash sales that the company has which will bring down the price of the device even more. There’s not a lot of compromise here especially with that 180W Thunder Charge, it is a game changer in how you use your smartphone.