Nokia is positioning the new Nokia X line-up in between the Asha and the Lumia smartphones so the design and price positioning is evident especially for the Nokia XL which is the top handset of the 3.

The Nokia XL is a 5-inch smartphone that looks very similar to the colorful Lumia smartphones we’ve seen before. 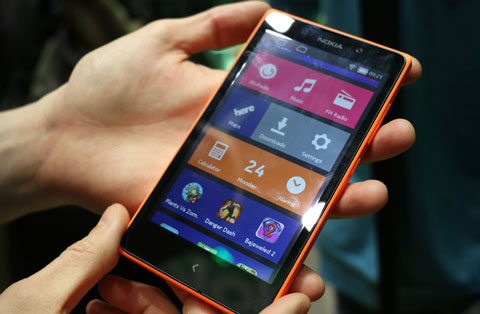 The XL has the same build quality and materials as the Lumia 900 or the 1320. The smooth matte finish of the polycarbonate material pops with the vibrant colors of green, orange, etc. It feels very solid on the hands too, offering a comfortable grip with one hand.

At the front, the 5-inch display somewhat protrudes from the edges of the device. The power button and the volume controls are found on the right side. There is a singular Back soft button at the bottom corner of the front panel, which reminds us of the WP and eschewing the typical Android controls. The hardware configuration isn’t impressive but very typical and competitive of most other Android handsets with a retail price of under Php7,000 (€109). Nevertheless, the system still looks snappy and fluid.

The back panel can also be removed to expose the battery, the SIM card slots and microSD card slot. 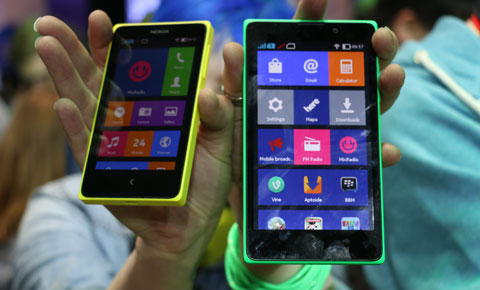 The Nokia XL comes in either single SIM or dual-SIM configuration. Nokia call the operating system the Nokia X platform but it’s actually the open-source version of Android with heavy customization and a UI similar to the Live Tiles of Windows Phone.

The Nokia Store has thousands of apps and there are also 3rd-party app stores to complement it as well as the option to side-load almost any Android app via the microSD card.

The Nokia XL will be available by 2nd quarter of 2014 with a suggested retail price of €109 or just under Php7,000. It will come in green, white, black, blue, yellow and orange colors.

The online sites give people so much more room
to decide from and with this almost unlimited choice it should
not be difficult to find that one ideal match for your self.

Some questions still need to be answered before the final vows.
If derek blasberg is just a mid west boy from a fly over state, does that mean anyone can move to
new york and become a ny socialite.