In April, OPPO Philippines released the OPPO A54 smartphone with a 6.51-inch HD+ screen, MediaTek Helio P35 chipset, 4GB of RAM, and 128GB of storage. A month later, they released a model with 6GB RAM at a slightly higher price. Thinking of getting this phone? Check my initial thoughts below. 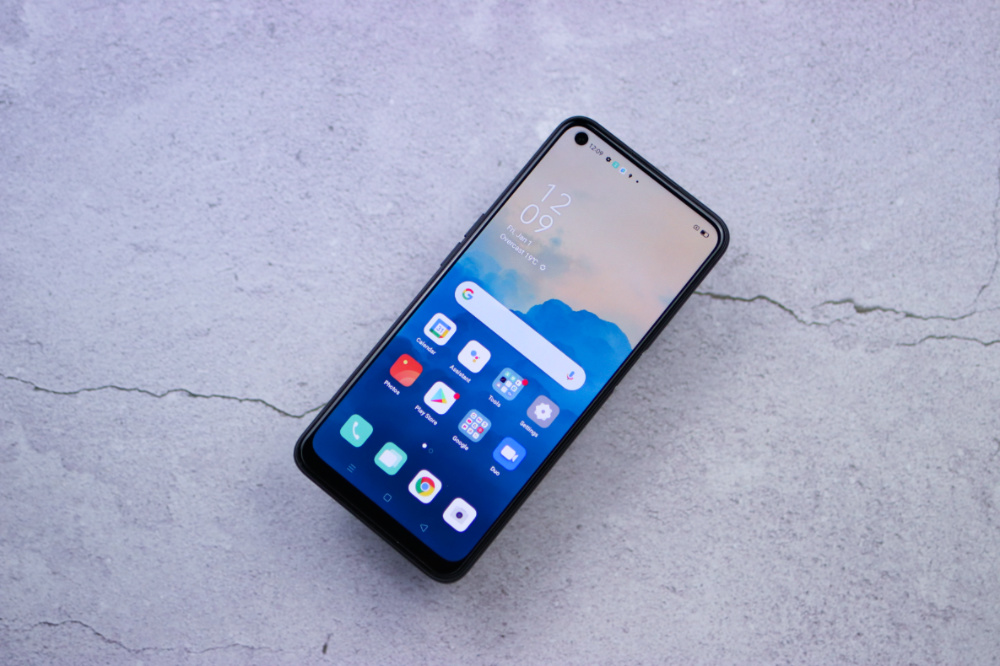 The OPPO A54 boasts a large 6.51-inch IPS display with HD+ resolution. The bezels are thin but more noticeable at the bottom. It’s still a pretty immersive display, and even at 270ppi, still looks sharp. There’s no mention of any special glass protection but it has a screen protector pre-installed. 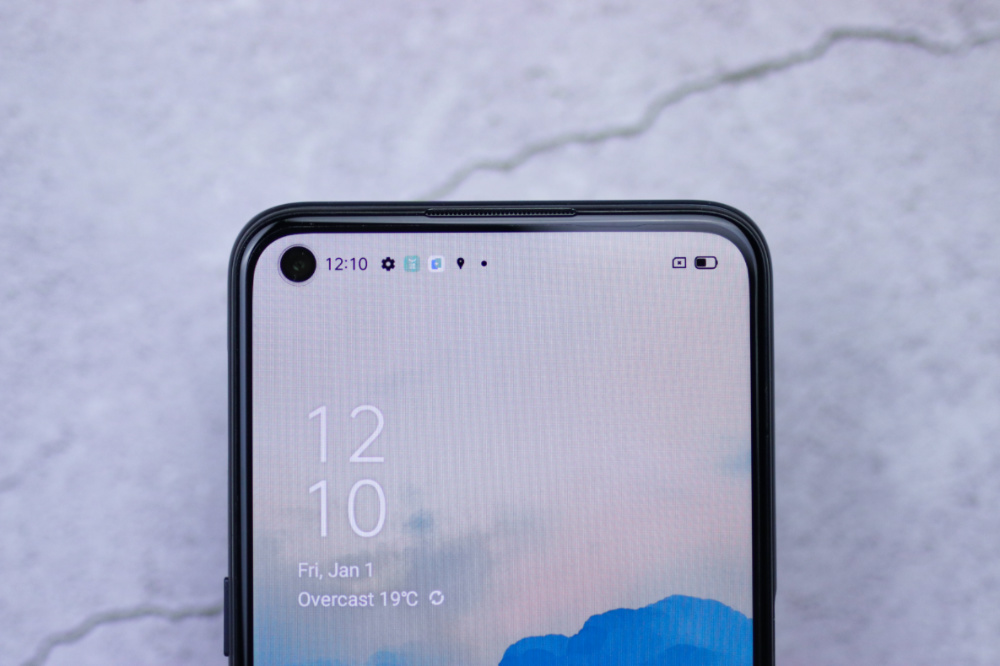 It’s got a large hole punch on the upper left for the 16MP selfie camera. Found at the top of the display by the bezel is the earpiece. On the left is the plastic volume buttons, which are firm and clicky. It’s also easily reachable by my thumb since it’s placed near the middle of the frame. Just above it is a triple-card tray for two nano-sized SIM cards and a microSD card. On the right is the power/lock button that also doubles as a fingerprint scanner. Like the volume keys, it’s also positioned near the middle of the frame so it’s easy to reach. 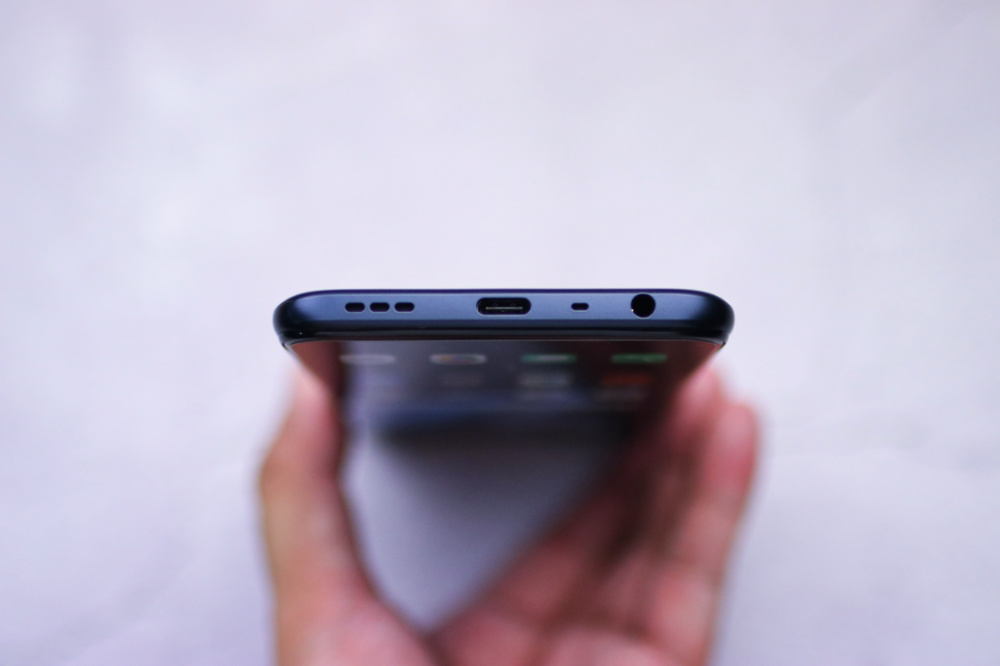 Down at the bottom, there’s the 3.5mm jack, main microphone, USB-C, and the loudspeaker. 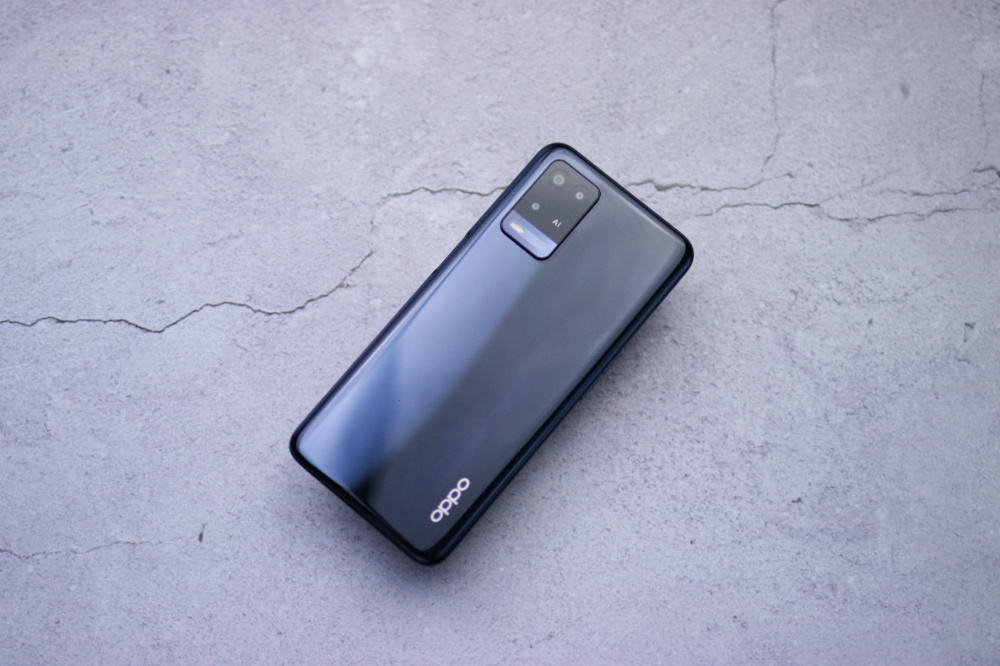 At the back, there’s the triple camera module along with the LED flash. If you noticed, the back panel has a glossy finish and highly reflective. A huge fingerprint and smudge magnet too, so better use the clear case included in the package. Despite the plastic build, the OPPO A54 looks and feels premium. Even at 8.4mm thick, it feels thin due to the curved edges at the back. It also has a decent heft at 192g, and at 75.7mm it’s narrow enough to be comfortably gripped. It’s tall though, so you will definitely need two hands to comfortably navigate the UI. Powering the OPPO A54 is a Helio P35 chipset with a 2.35GHz octa-core CPU, PowerVR GE8320 GPU, up to 6GB RAM, and 128GB storage. For mobile data, it has 4G LTE. It’s a pretty entry-level configuration but should be enough for light to mid tasks. The 6GB option should cater to those who like to keep plenty of apps in the background. We’ll know more about this device once we’re done with our review, so stay tuned.