After just a few months of releasing the OPPO Reno5, the brand introduced their Reno6 series, including this OPPO Reno6 Z 5G. Consider it a trimmed-down version of the classic Reno6 but still keeping the same set of cameras and 5G connectivity. Read our initial thoughts about the device in our hands-on. 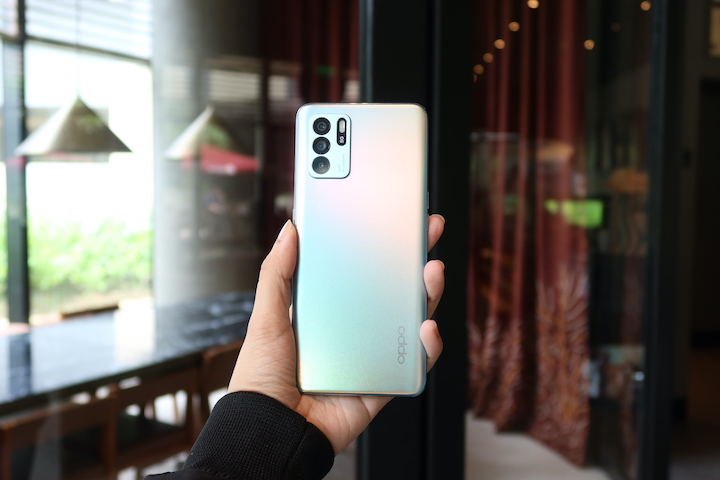 The OPPO Reno6 Z is keeping the Reno Glow design that we’ve seen from its predecessor. It’s very eye-catching with a metallic sparkling-like texture, and we like how the back panel repels fingerprints and smudges really well. By the way, the unit we have is in the Aurora color, but you can also opt for the Stellar Black. 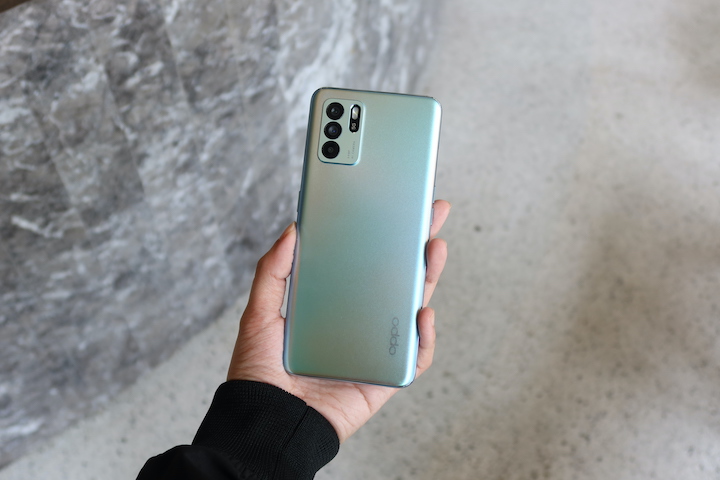 Unlike the higher Reno6, the Reno6 Z doesn’t have a boxed figure. But instead, it maintains the OPPO Reno classic style with curved edges. 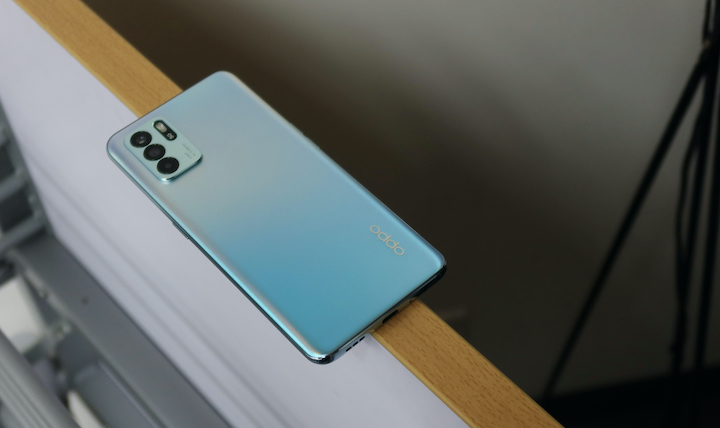 Flipping to the front, the Reno6 Z features an immersive 6.43-inch AMOLED screen with Full HD+ resolution. It’s a crisp and vibrant screen with thin bezels, a hole-punch notch on the upper left for the 32MP selfie shooter, and an in-display fingerprint scanner. 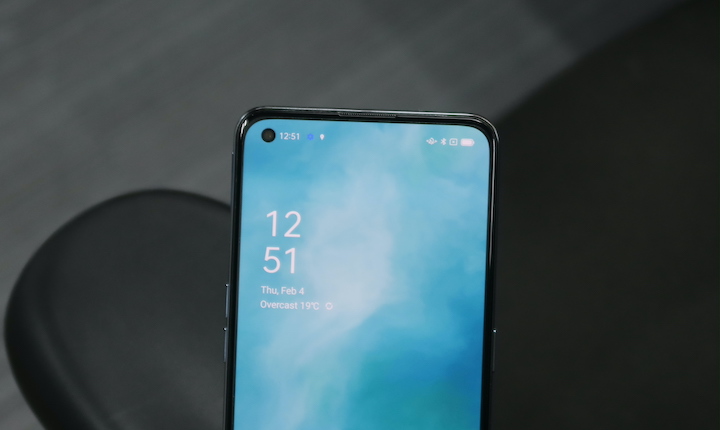 It’s almost the same display as its higher variant, except it doesn’t have a 90Hz refresh rate option and 180Hz touch sampling rate. OPPO didn’t mention any glass protection, but we do get a screen protector pre-installed already. Located on the left are the volume buttons, together with a triple card tray for two nano-sized SIM cards and a microSD card. 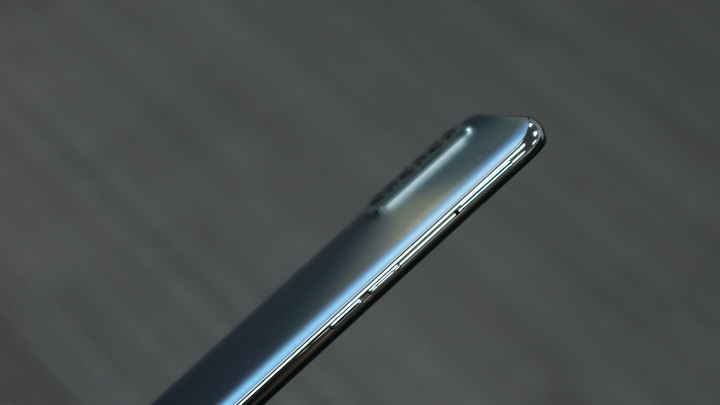 Meanwhile, we have the power/lock button that’s easy to reach on the right side. Alone at the top is the secondary microphone, while at the bottom is the 3.5mm audio jack, main microphone, USB-C port, and loudspeaker. 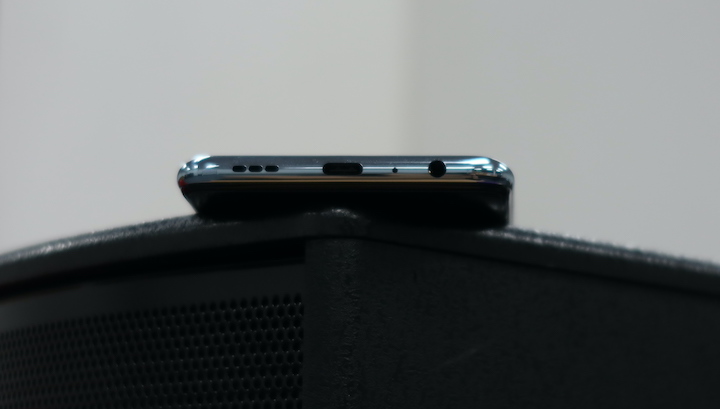 For the cameras, as I’ve mentioned, it’s the same configuration as the higher Reno6. That’s a 64MP main, an 8MP ultrawide, and a 2MP one for macro. 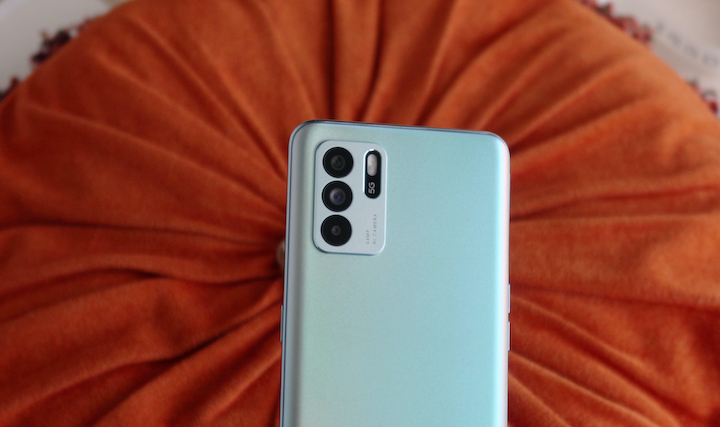 Like usual, we’ll go more in-depth in our full review, but check out some quick sample shots that we got:

As for internals, powering the OPPO Reno6 Z is a MediaTek Dimensity 800U 5G chipset with a Mali-G57 MC3 GPU, 8GB of RAM, 128GB storage, ColorOS 11.3 based on Android 11, and a 4,310mAh battery with support for 30W VOOC flash charging. And of course, this device also offers the benefits of 5G connectivity. 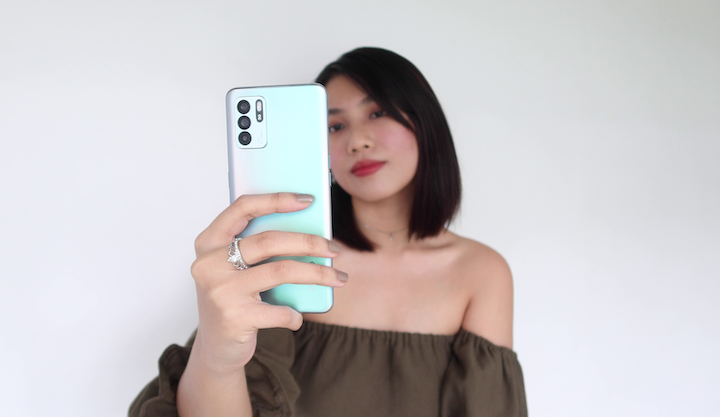 There’s no official price yet, but we’ll update you guys soon once it’s officially available. We’re excited to use it more in the next couple of days, so do stay tuned for our full review.

And that’s it for now. If you have questions about the OPPO Reno6 Z 5G, let us know in the comments below.

With inputs from AJ Viray.