Samsung’s M-series mid-range smartphones typically feature no-frills designs and huge batteries. The Samsung Galaxy M31 is no exception, sporting a 6,000mAh battery that will leave users forgetting about chargers most of the time. Aside from the battery, what’s the Galaxy M31 all about?

Starting with design, we get a blend of current and previous generations. We get a hint of current-gen with the rectangular rear camera module as well as the relatively slim profile. But at the same time, it might feel slightly dated due to the classic rear-mounted fingerprint scanner and waterdrop notch. 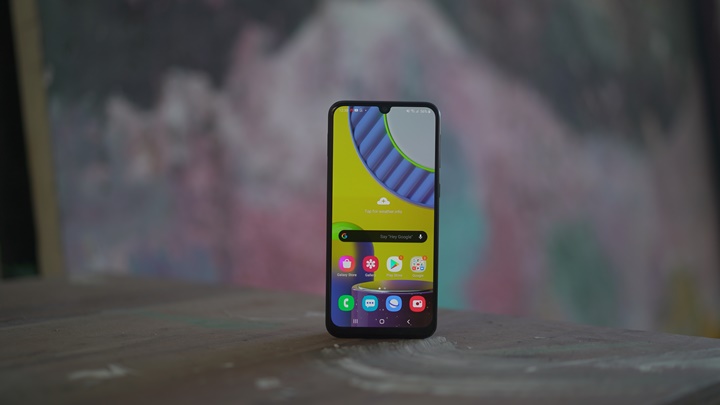 The Galaxy M31 comes in at under 200g, which would have already been great for a phone with a 5,000mAh battery, let alone a 6,000mAh battery. It is hefty though, especially towards the bottom. Still, it’s quite comfortable to hold also thanks to the curved edges and back. 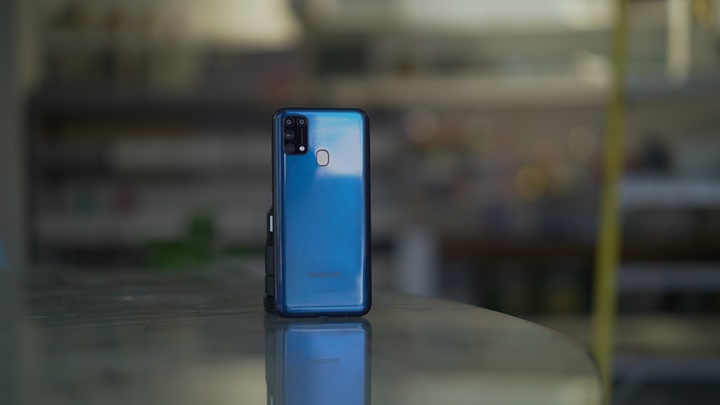 The front panel Infinity-U screen, with the bezels around the display being thick by today’s standards. The top bezel includes the speakerphone and the waterdrop notch. It would have been nice to see a notification LED here — but there’s actually an alternative in the settings that will allow you to use the camera flash as a notification light. 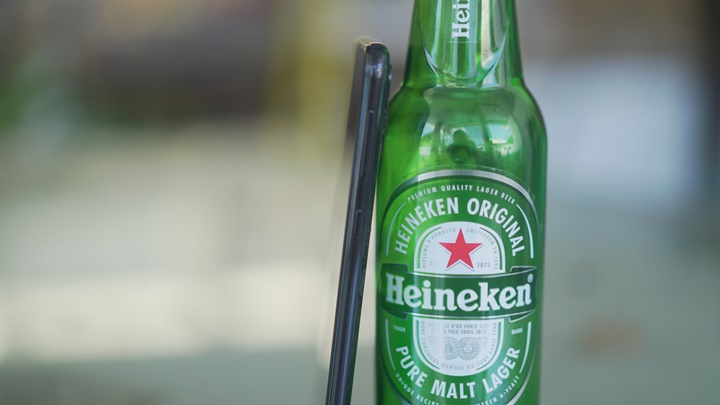 The left side houses the card tray with slots for two nano SIM cards and a microSD card. On the right, we have the power button and volume rocker. I think the buttons are placed a tad too high on the frame as you have to adjust your grip to reach the volume up button. At the bottom, we have the headphone jack, USB-C port, main microphone, and loudspeaker. The top houses the secondary noise canceling microphone. 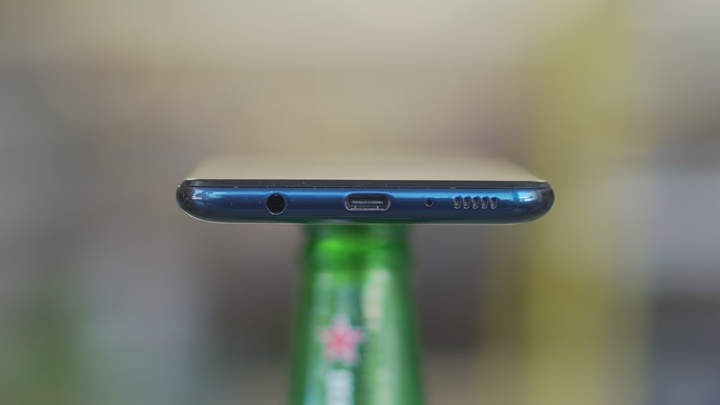 Checking out the back, the panel is made of Samsung’s glasstic material, so you won’t have to worry about actual glass shattering in the event of a bad drop. Here we find the quad camera setup and the fingerprint scanner.

Overall for design, I’d give the Galaxy M31 a solid 7/10 — it looks great, it’s functional, and it’ll serve you well.

The Galaxy M31 features a 6.4-inch Infinity-U sAMOLED display with a resolution of 2340 x 1080, which equates to 403ppi. It gets some protection in the form of Corning Gorilla Glass 3. 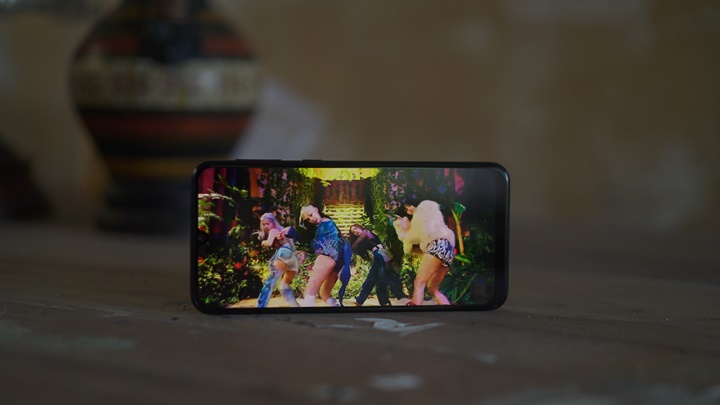 Display quality is pretty good, this being a Samsung-made AMOLED panel. The size-to-resolution ratio grants sharp details, and we get nice vibrant colors, deep blacks, and it’s bright enough to use in almost any situation.

As for audio, it’s about average as far as smartphone speakers go — nothing special, but can get loud and has decent clarity in the mids and highs.

On paper, cameras also appear to be a strong suit for the Galaxy M31. It comes with a total of five. Starting with the rear, we get a 64MP main, 8MP ultrawide, 5MP macro, and 5MP depth. For selfies, a single 32MP shooter.

Shots from the main rear shooter are incredibly detailed thanks to their high resolution. Colors appear to have a slight boost in saturation, which is typical for Samsung devices.


The ultrawide lens also delivers good results, however dark areas lose detail, and the distortion around the edges of the frame are very noticeable.

Thanks to the inclusion of a depth sensor, portrait shots come with nice subject-background separation and since this is Samsung, you can adjust your Live Focus bokeh effects to your liking.


Selfies too are nice and detailed thanks to the high resolution of the front camera, though the boost in saturation may skew the representation of skin tones.

As for videos, the Galaxy M31 is capable of shooting up to 4K at 30FPS. General quality is decent when shooting under nice lighting conditions, and some stabilization is present. Samsung’s Super Steady mode is available though, which is something you should take advantage of in moving situations.

The Galaxy M31 runs One UI 2.0 on top of Android 10, out of the box. It’s a very intuitive launcher that’s been a crowd favorite since its introduction. It comes with a convenient app drawer and offers both gestures and on-screen buttons for navigation. 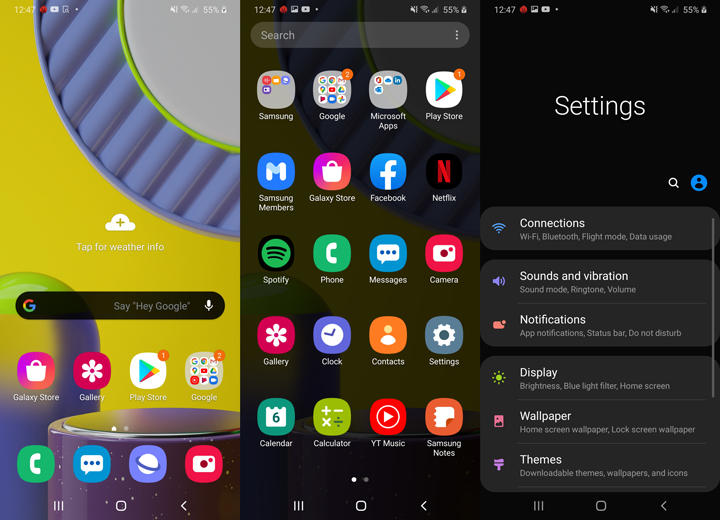 It comes pre-installed with the standard Google suite of apps, some Microsoft apps, proprietary Samsung apps like Game Launcher and Samsung Max. For whatever reason, Spotify, Netflix, and Lazada are also pre-installed.

Out of our unit’s 128GB of internal storage, 16.1GB is reserved for system files, leaving you with around 111.9GB if you don’t count the pre-installed apps.

Powering the Galaxy M31 is a Samsung Exynos 9611 octa-core CPU with a Mali-G72 MP3 GPU, along with 6GB of RAM and 128GB of internal storage. While the Exynos 9611 is outclassed at this point by current mid-range chips, it’s still a decent performer. Navigating through the UI is a breeze, apps open and close without stutters, and the face recognition is snappy.

We were able to do heavy tasks including high graphics gaming and intensive multitasking. Check out the benchmark scores we got below:

See also  DIY smartphone Project Ara: What are your specs?

The Galaxy M31 comes with the usual connectivity features like Dual-SIM, 4G LTE, dual-band Wi-Fi, Bluetooth 5.0, and GPS. The version we have here in the Philippines doesn’t seem to have NFC, unfortunately. 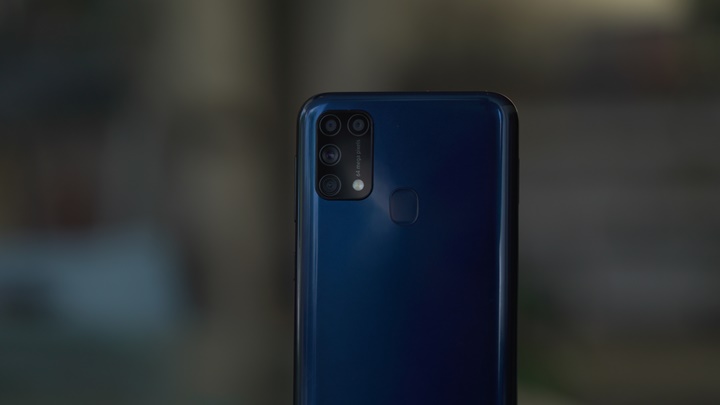 When it comes to battery, the 6,000mAh cell will easily get you through more than two days under moderate usage. This can definitely be extended even further if you use heavy apps sparingly and mind your screen brightness.

In our standard video loop test (1080p movie on loop, 50% brightness, 0% volume, airplane mode on), the Galaxy M31 got a whopping total of 26 hours and 2 minutes of playback.

The Samsung Galaxy M31 is no one-trick pony, as it provides a lot more than its huge battery. It also nets decent performance, is a very capable camera phone, and is a joy to actually use thanks to the great display and UI.

Its price tag of PHP13,990 (6GB + 128GB) is certainly justified for everything it is, and users who put battery life above all other smartphone features won’t be disappointed. The Samsung Galaxy M31 definitely deserves the title of new mid-range battery king.

Hello,
Do you know why galaxy M31 is being sold online only in the Philippines and not in any physical store of samsung? Appreciate any from you guys…