When the Galaxy S6 Edge came out last year, it was one of the most admired devices due to its technological innovativeness. So when the Galaxy S7 Edge was revealed, it was not a surprise it looked almost the same.

Announced last February 21, the Galaxy S7 Edge is the successor to the highly popular Galaxy S6 Edge with a dual edge screen. This time, Samsung made it even better. With a 5.5 inch quad HD display, Samsung is pushing for a more unified lineup in its flagship Galaxy series. 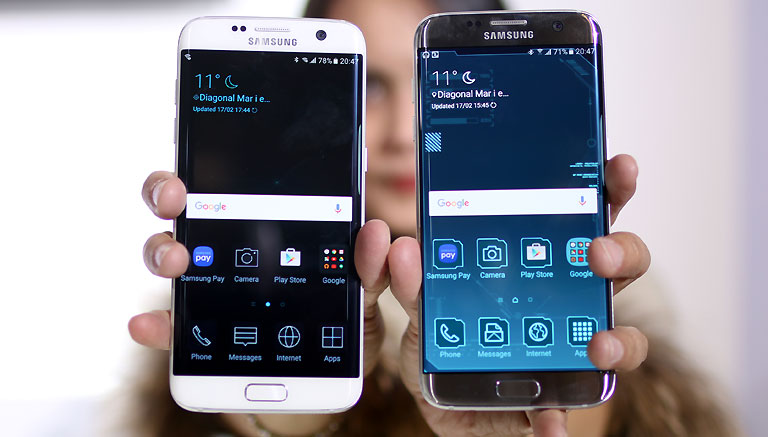 That means we won’t be expecting any S7 Edge+ in 3rd quarter and the flagship line-up for the year will fall in three distinct models — a 5.1-inch Galaxy S7, a 5.5-inch Galaxy S7 Edge and a 5.7-inch (likely) Galaxy Note 6. That makes more sense, right?

Samsung retained the same design because it already looked great in the first place. We think the 5.5-inch display size is just about right. Large enough real estate screen but still good enough to hold with one hand and more comfortable to the grip. 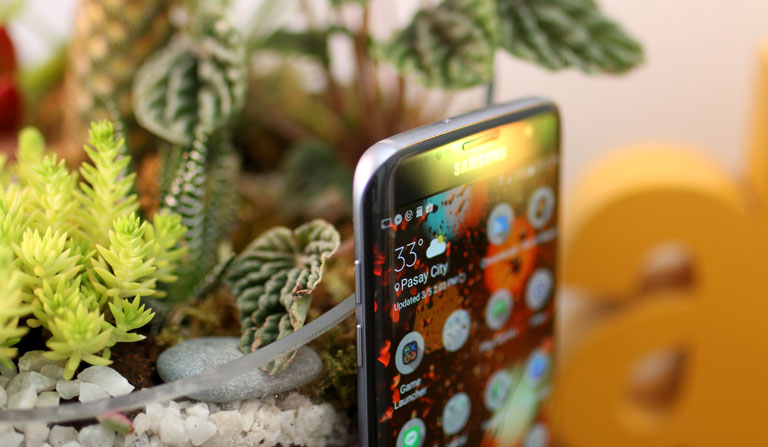 The power button is on the right, volume controls on the left, while they moved the nano SIM card up top. Speaking of the SIM card, there are two slots and one tray now supports a microSD card up to 200GB, a feature lot of people missed in the previous Galaxy series. With that though, the storage options are now down to just 32GB and 64GB. You’ll now have to choose your SIM configuration to either using two SIM cards and using the second tray to get extra storage via a microSD card.

Samsung decided to remove the IR blaster in the S7 Edge, a feature that has been with the Galaxy series for a very long time. We’re going to miss that IR blaster which we frequently use as a universal remote for a lot of home appliances. 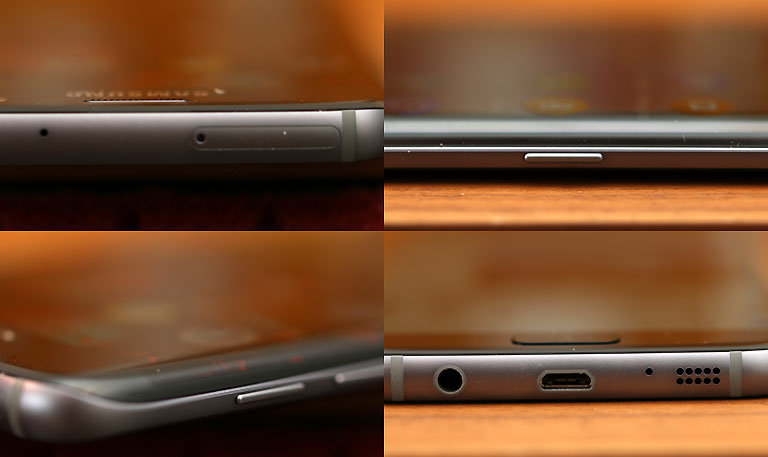 At the bottom is the micro USB charging port. They didn’t put in the newer USB Type C port but it’s okay since it’s going to be a hassle making sure that we always bring that single USB Type C cable everywhere we go. 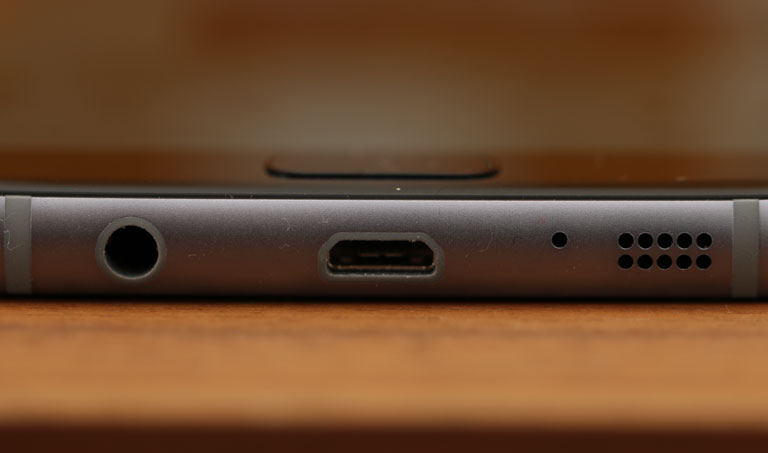 Beside it is the 3.5mm audio port and the loudspeakers. The less rounded home button also acts as the fingerprint sensor which scans up to 4 unique fingerprints. You can use the scanner to unlock the device, sign in to websites and make purchases on the Samsung app store. 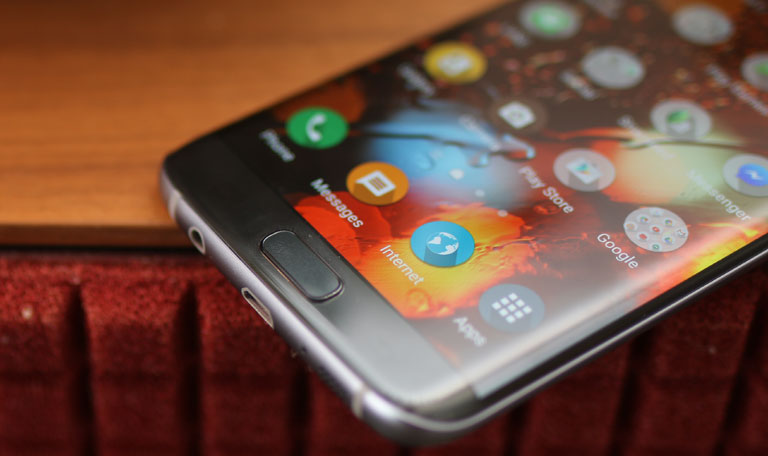 At the back is the 12MP rear camera with dual tone, dual LED flash. The back panel is still layered with Gorilla Glass 4 and looks cleaner without the extra Samsung markings. The handsets come in three colors — black white and silver. Of the three, we liked the silver color the most. The back slightly tapers towards the edges to give it better grip on the hand and reduces that sharp corner that somewhat cuts the palm when holding the device tightly. The camera module still protrudes a bit but not that much compared to the S6 Edge. 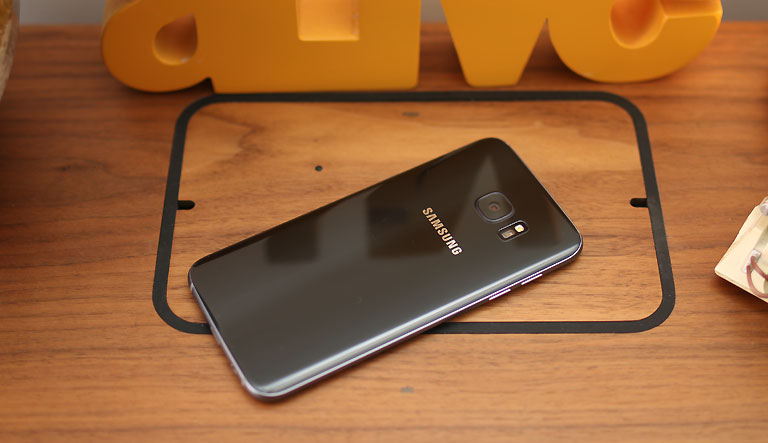 Samsung also made the S7 Edge dust and water resistant, a feature first introduced in the Galaxy S5 but was scrapped in the S6. With the IP68 rating, you can get the S7 Edge up to 1.5 meters deep of water for as long as 30 minutes at a time.

Next Page: Display and Multimedia / Camera / OS, UI, and Apps