With everything so powerful on the S7, let’s not forget that the main feature of a phone is calling and other wireless communication. That said, making a call is definitely something to look forward to thanks to the loud earpiece and noise-cancelling feature. 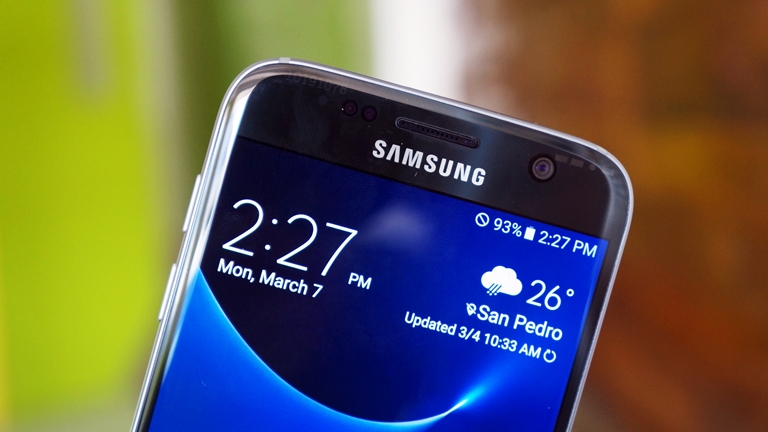 As for the wireless connections, almost everything is onboard the S7 starting with LTE Cat9 radio ensuring you have access to the fastest LTE band available anywhere in the world. There’s also a dual-band Wi-Fi 802.11ac, Bluetooth 4.2, GPS w/ A-GPS, GLONASS, BDS, and NFC, but it’s lacking an FM Radio.

From a 2,550mAh battery on the S6, Samsung managed to fit in a 3,000mAh non-removable Li-Ion battery on S7. It still supports both fast wired and wireless charging using appropriate accessories. Under our usual battery test wherein we loop a full HD video with 50% brightness and volume with headphones and set in Airplane mode, we were able to get 12 hours and 30 minutes of playback. While PCMark battery test gives it a pretty impressive 9 hours and 19 minutes of runtime.

With all the refinements done to the Galaxy S7 that the S6 lacks, Samsung’s game in this age is to put all the features in a simply packaged handset. Adding water-resistance, storage expansion, and bigger battery is a good move before deviating from the appreciated looks and feel of its predecessor. The S7 is definitely a flagship Samsung can be proud of. The Samsung Galaxy S7 retails in the Philippines at Php34,990 for the 32GB model with 2 color options — Black Onyx, and Gold. It’s also available for the postpaid plans of Globe and Smart.