Aside from the Chronos Ace, SKK Mobile also announced two smartphones today, the Byte and Cross. 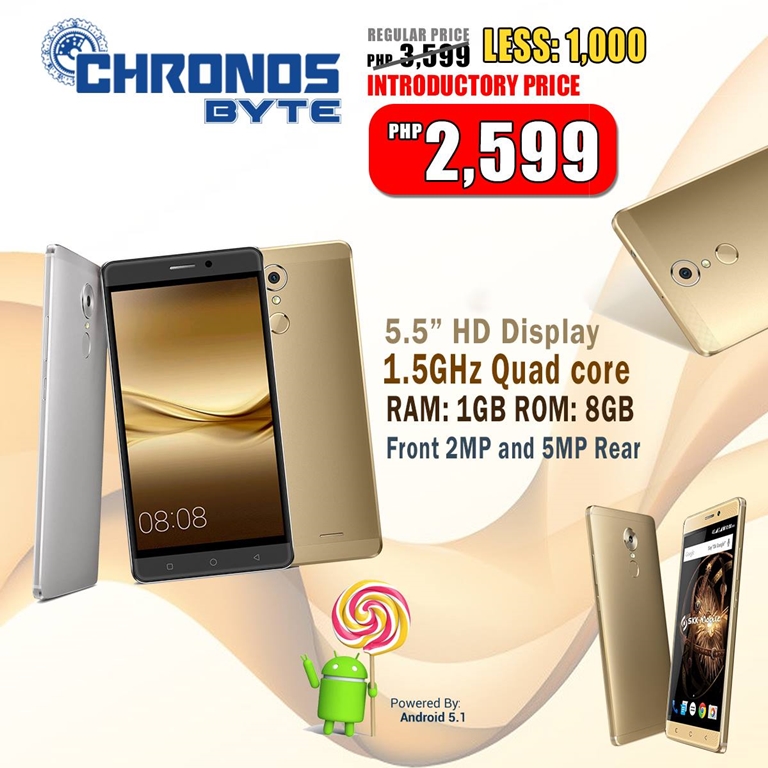 The SKK Mobile Chronos Byte, based on photos posted online, looks like a Huawei Mate 8 look-a-like. It’s got a 5.5-inch HD display, 1.5GHz quad-core CPU, 1GB of RAM, and 8GB of storage. Its camera is quite disappointing at 5-megapixel for the rear and 2-megapixel for your selfie. While the SKK Mobile Chronos Cross is the biggest of the bunch at 6 inches. Despite the increase in size, there’s a decrease in resolution to qHD (960 x 540 pixels) or at 183ppi. In return, you get a 2.5D glass on top of it. It’s still has a 1.5GHz quad-core, 1GB RAM, and 8GB storage. The rear has an 8-megapixel and 5-megapixel for the front — both have their dedicated LED flash.