HMD Global has just unleashed the Nokia 8, and now we will be comparing it with the Samsung Galaxy C9 Pro, which has a similar price. 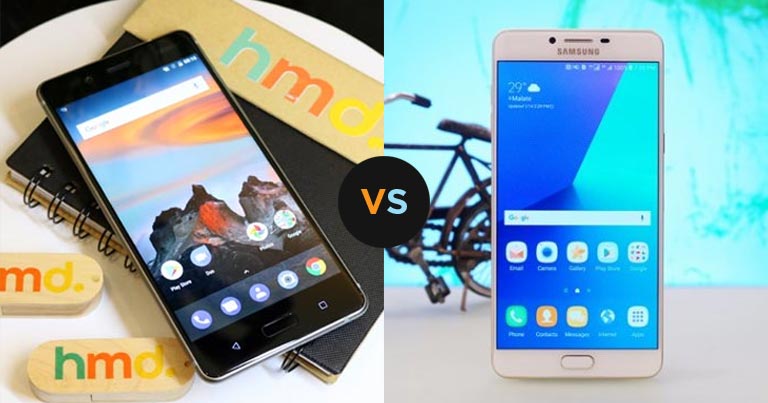 Here are the advantages of each smartphone

We have yet to benchmark the Nokia 8 so for now, we will have look at the specs purely on paper.

In the camera department, the C9 Pro has a higher camera resolution for the rear and front camera, however, it does not have dual rear cameras like the Nokia 8. The Nokia 8 has a feature called “Bothfie” where users can use both rear and front camera at the same time, which could be useful for live streaming. You can check out some sample photos we took with the Nokia 8 here. As for the C9 Pro, you can check out its sample photos and videos here. In the end, it’s up to you which phone has better camera quality.

For the battery, the Samsung Galaxy C9 Pro wins on this aspect on paper since it has a 4,000mAh battery compared with the Nokia 8’s 3,090mAh. For its battery life, we cannot be sure which one lasts longer since we haven’t been able to fully test the Nokia 8’s battery performance.

Lastly, we should also note that the Nokia 8 has an IP54 splash and dust resistance which is good for users traveling to harsher than usual environments

The Nokia 8 seems to have the upper hand over the Samsung Galaxy C9 Pro, but not in all aspects. What do you think?

Let us know your thoughts in the comments below.