Vivo has recently unveiled their newest smartphone selfie-centric smartphone, the Vivo V7. It sports similar specs as the Vivo V7+ such as the Snapdragon 450 octa-core CPU, 4GB RAM, and 24MP front camera, but at a lower price point. This puts it in the line of sight of another powerful device in the same price range, the Huawei Nova 2i. Let’s find out which looks better on paper in our quick specs comparison below: 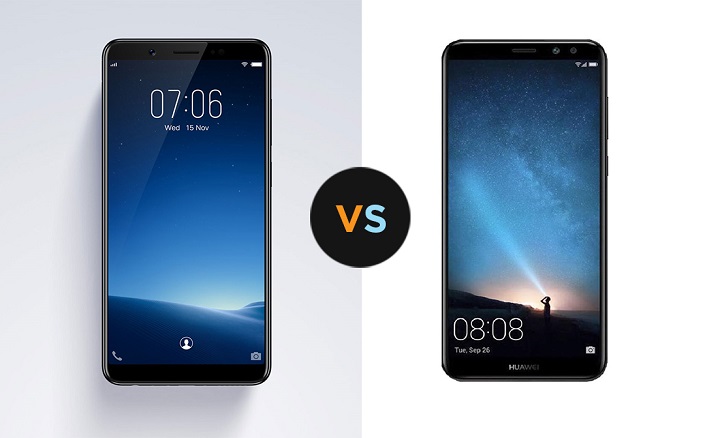 UPDATE [11/17/17]: This article previously mentioned that the V7 has a Gorilla Glass 4 and Hi-Fi audio chip. As it turns out, it doesn’t have those features. We have updated the article to reflect the changes.

As you can see in the specs above, the Nova 2i has the advantage on the display with a larger screen size and a higher resolution display. This appeals well to users who prefer a more detailed screen especially when watching videos and viewing photos.

Storage-wise, the Nova 2i has the advantage again with its 64GB storage. The V7 only has 32GB but compensates with a dedicated microSD card slot, while its rival depends on the hybrid SIM slot.

When it comes to imaging, both devices have their merits. The V7 uses single camera modules for the front and back, with the 24MP front camera as its main feature. The Nova 2i, on the other hand, sports 2MP secondary cameras on the front and back but its mostly assist the main cameras for its depth-of-field effect.

As for its batteries, the Nova 2i has a larger capacity and got 12.5 hours of playback in our battery test. We’re yet to reveal our battery benchmarks for the V7 so stay tuned for our review.

Looking at special features, the V7 boasts a biometric security feature called Face ID which allows the user to unlock their phone using their face. The Nova 2i, however, features an all-metal unibody design for a premium look and feel.

The Huawei Nova 2i is priced at Php14,990. You can read our review here. The Vivo V7 is yet to be officially priced but our sources point to Php14,990, as well. Stay tuned for our full review.