After its emancipation from Nokia, Vertu has finally joined the Android bandwagon with the official announcement of their handset named Vertu Ti. And just like their other offerings, this new smartphone will only cater to the elite people who have excessive amount of dough.

Ti is the chemical symbol of the rigid but lightweight element Titanium. It’s no coincidence why Vertu named their handset as such because the phone’ exterior is made of Grade 5 Titanium. In exchange for the industry standard Gorilla Glass protection, the company has coated the Ti’s 3.7-inch WVGA display with a scratchproof Sapphire crystal. And to top it all up, the buttons on the side are made of Ruby. 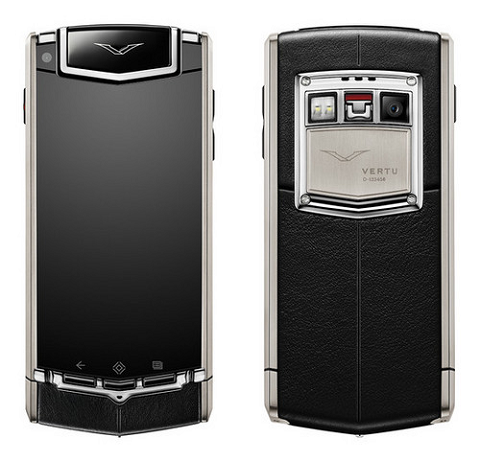 Other components of the device include a dual-core 1.7GHz Krait processor, 1GB of RAM, 64GB of internal storage and a pair of snappers; 8MP at the back and 1.3MP front-mounted one. The Vertu Ti runs on skinned version of Android ICS that complements the overall feel of the handset.

But unless you’re a tycoon or a lottery jackpot winner, the Vertu Ti will only remain in your wildest fantasy as the company plans to retail the hand-crafted Android smartphone for USD11,000 (446K in our local currency).