The VIVO V11 is fresh out of the brand’s oven and it plans on making a dent at the mid-range segment. One of its fiercest competitors is Xiaomi’s Mi A2, an Android One device sporting the same Qualcomm Snapdragon 660 chipset. Can VIVO’s new star spice up the competition? Let’s find out in this specs comparison. 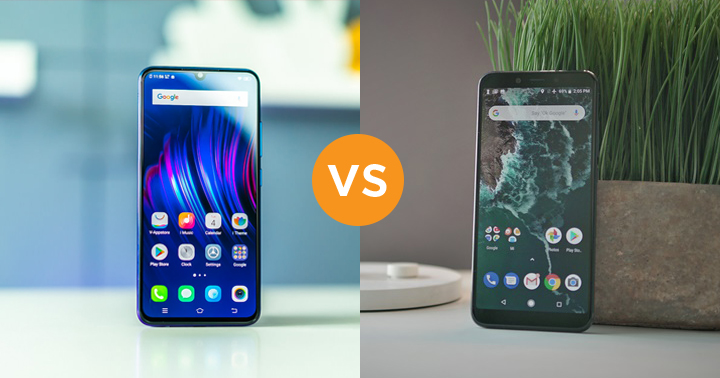 We’ll be disregarding a performance comparison between the two as obviously they will have minimal differences thanks to having the same chipset. To prove our point here are their benchmark scores.

We will instead focus on other key aspects,  starting with the display. While both do feature a Full HD screen, one is equipped with an AMOLED panel while the other with an LTPS IPS.

The colors on the V11 will be more vivid and blacks will be a lot deeper. Although, it will suffer from a few bad viewing angles. The Xiaomi Mi A2, on the other hand, will have more natural colors, duller blacks but better overall viewing angles. VIVO’s offering will, however, win on screen real-estate thanks to its bigger display.

Another key difference is that the V11 sports a notch, albeit a sexy one, while the Mi A2 has a typical 18:9 screen. This may be appealing to those who haven’t really jumped to the whole “notch” trend.

There’s a bit of a battle on the storage side as one features higher internal storage while the other has expandable storage. The V11 maxes out at 64GB for its internal stash but that can be expanded up to 256GB via a dedicated microSD slot. Meanwhile, the Mi A2 sports a bigger 128GB internal but has no option of further expansion. So, this will be a battle between “is 128GB already big enough?” or is the option for added storage more enticing.

Photography is another heated exchange. VIVO’s offering has a higher front camera resolution while Xiaomi’s has a better secondary rear. We all know that megapixels isn’t the only factor here. Looks like this will be the traditional, rear cameras or selfie camera question. Here are our sample shots for the Mi A2 and here are those of the V11.

Connectivity-wise, the Mi A2 wins with its USB 2.0 Type-C port and Android One OS. Meaning it’ll have faster updates and a vanilla Android feel. However, the V11 does have the brand’s famed in-display fingerprint scanning.

The Mi A2 is currently priced at Php 13,990 while the V11 is yet to be locally priced. By the looks of it, this battle will be between a device with a better display, battery, and front camera against one with better rear shooters, connectivity, and OS.

What do you guys think about this specs comparison? Let us know in the comments section below.