Vivo has announced that it will be introducing the Vivo X27 on March 19 in China. The confirmation was made through Vivo’s Weibo page. 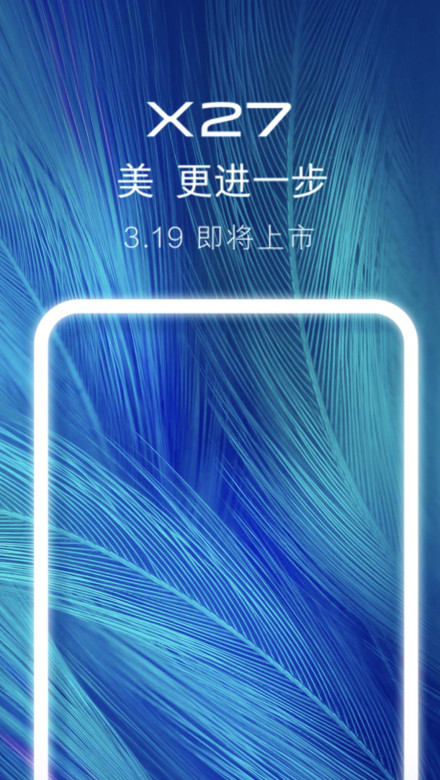 The company posted a teaser poster of the upcoming device, revealing that the X27 will not be sporting a notch. Instead, it’s being reported that it will have a 16MP pop-up selfie camera. A listing on TENAA also noted that the device will have a 6.39-inch AMOLED screen, an octa-core processor, have a RAM of 8GB, and available in storage options of 128GB and 256GB.

We’ll know more about its official specs, pricing, and availability on Vivo’s official launch of the X27, happening on March 19, 2019.