Xiaomi’s newest affordable flagship-level smartphone, the Redmi K20 series, made a huge buzz, especially with Filipino consumers. The Redmi K20 Pro is the spiritual successor of the Pocophone F1 or its direct successor — depending on the region. Today, we’ll see how different the newest iteration is when compared with its predecessor. 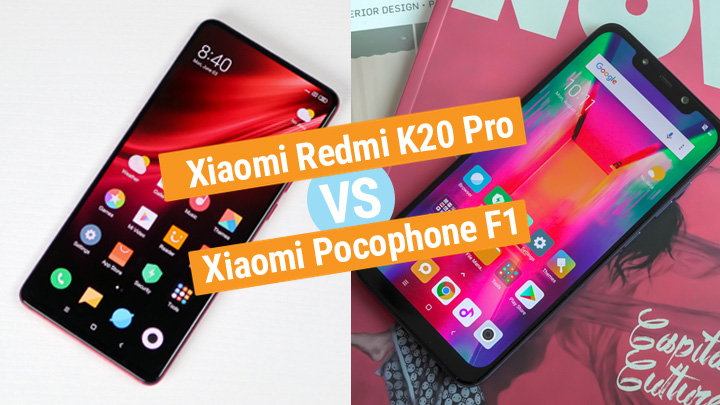 So what’s their difference given that the Redmi K20 Pro is newer than the Pocophone F1?

Starting with the design, you’ll see that the Redmi K20 Pro’s isn’t bland like the Pocophone F1, due to its appealing, fiery design. Apart from that, there is no notch, allowing for a better viewing experience.

Speaking of the viewing experience, the K20 Pro has a larger screen with a Super AMOLED panel, producing darker blacks and consuming less power. The Pocophone F1 has an IPS display that produces more natural colors, but it consumes more power than the former. To know more about the different screens, read our guide here.

Performance-wise, the K20 Pro received improved CPU and GPU speed thanks to Qualcomm’s latest flagship chipset, the Snapdragon 855. If you think that the Pocophone F1 is already a great performer, then you’re right. However, the former is just plainly better because it is more updated than the latter.

For cameras, the 48MP IMX 586 primary rear camera of the K20 Pro is very appealing apart from its dedicated ultrawide angle lens. If we think about it, the device almost has the same configuration as the Xiaomi Mi 9 but with a smaller secondary camera resolution. Pocophone’s camera setup is okay; however, I would say that if we put these two devices side-by-side, the F1 will lose immediately on paper.

Front camera-wise, the K20 Pro has an elevating selfie shooter which is excellent aesthetically; however, on paper, its aperture became smaller as compared with the Pocophone’s camera.

When it comes to features, it’s always good to see NFC in the K20 Pro as we’re in the middle of transitioning into the kind of technology where payments are just one tap away in smartphones. Just like with the Mi 9, it also has an in-display fingerprint scanner which is relatively fast based on our initial tests. The Pocophone F1’s physical rear-mounted sensor is also good if you don’t like the under display ones.

In terms of battery performance, both of them carry a 4,000mAh battery; however, the K20 Pro has the upper hand here thanks to its Qualcomm QuickCharge 4+ technology. We’ve yet to know how well it lasts so stay tuned for our full review on this device.

The Redmi K20 Pro is a great pick if you’re coming from Pocophone F1 or even if you’re looking for a great performing smartphone that is capable of running all types of games. If the converted prices are almost the same as the official prices here in the Philippines when it arrives, then I would suggest that you get this over the Pocophone F1 given that you have the budget for it. What do you guys think? Let us know your thoughts in the comments section below.