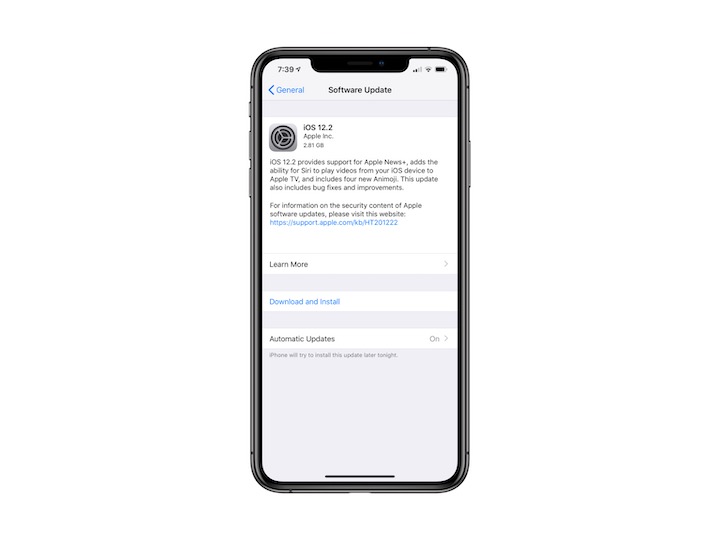 Apple News+ gives access to magazines, newspapers, and digital publications, displayed with animated covers. The Apple News+ update can be found inside the Apple News app that’s available by default on iOS devices. The feature is currently available for US and Canada, and will soon launch in UK and Australia.

Apart from Apple News+, the iOS 12.2 update also includes four new Animoji, namely a giraffe, shark, boar, and an owl. Other updates include support for second-generation AirPods (2019), TV controls in the control center and lock screen, AirPlay multitasking, setting downtime hours, and a field in the Settings menu where it tells consumers how much remaining time they have until their device’s warranty expires. It also includes support for Siri to play videos from iOS devices to the Apple TV.