Cherry Mobile is launching a plethora of smartphones in the market this month, and they’re starting with an affordable device called the Omega Lite 4 with an 18:9 TrueView display in tow. 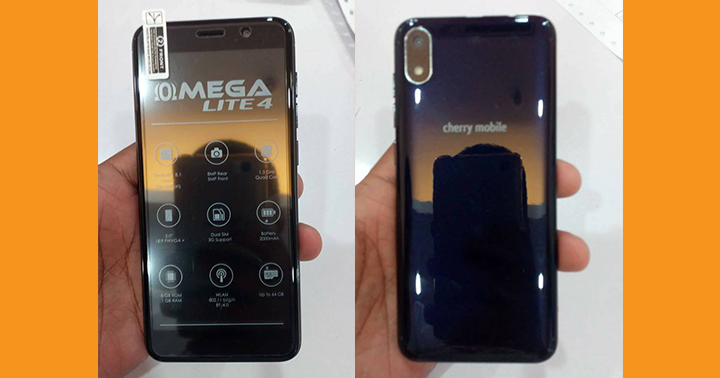 This is the local brand’s take on a cheaper, taller device as rivals MyPhone and Cloudfone have released their 18:9 phones months earlier. This device joins the number of phones already announced to sport Google’s lighter mobile operating system called Android Go such as the upcoming Flare P3 series. There was a previously announced Omega Lite 4 variant with a 5-inch 16:9 display, a fingerprint sensor, and Android Nougat for Php2,699, but photos and information sent to YugaTech presents a refreshed set of specifications.

The Cherry Mobile Omega Lite 4 is rolling out in stores this month for Php2,999.

Thanks to DC Sumicio for the tip! You too can send us tips through our Facebook page.