The Department of Information and Communications Technology (DICT) posted a statement regarding the franchise validity of Mindanao Islamic Telephone Company, Inc. (Mislatel). Previously, the Senate public services hearing committee declared that Mislatel had violated its provisions. 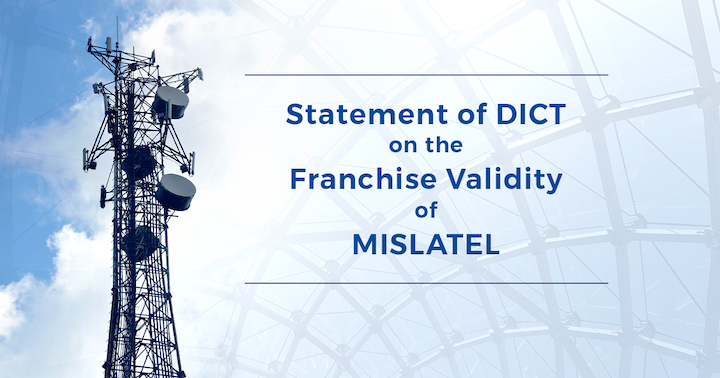 In their statement, the DICT said that it is “ trusting the wisdom of the Congress to decide on the validity of Mislatel’s franchise.” Last January 24, the Senate Committee on Public Services held a questioning session for the franchise.

The DICT is seeking to uphold a transparent and legal process of having a new major player (NMP) in the country. The department also added that they will readily accept the decision of the Congress and that they will act accordingly in compliance with that decision.

While Congress has yet to decide, DICT expressed that they are allowing Mislatel to “continue completing its Post-Qualification Requirements to obtain its Certificate of Public Convenience and Necessity (CPCN).”

Read the full statement of the DICT below: