Globe has announced its WiFi TV Pack – a bundle that includes the Globe At Home Prepaid WiFi device and the ABS-CBN TV Plus Box.

For the unacquainted, the Globe At Home Prepaid WiFi is a WiFi router that connects to the internet using HomeSURF promos. The ABS-CBN TV Plus is a DTV box that lets you watch exclusive channels like DZMM Teleradyo, Cinemo, YEY, and the Knowledge Channel, in addition to free channels. 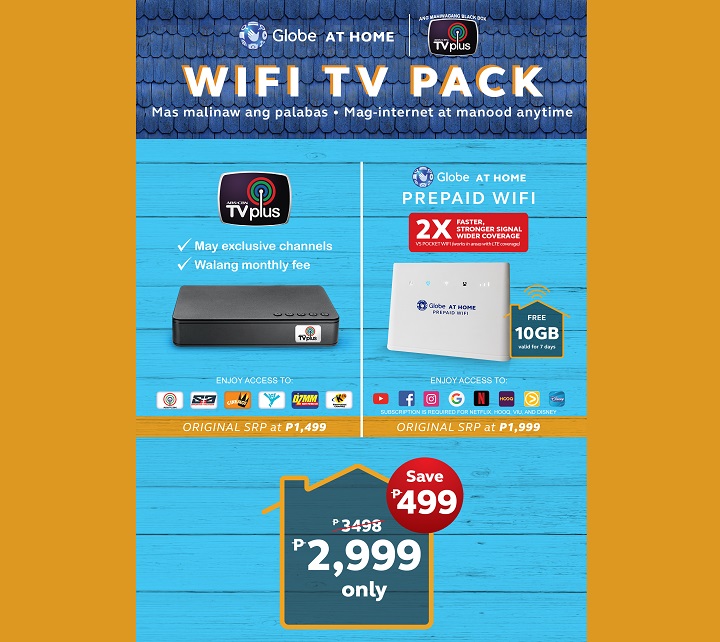 The Globe WiFi TV Pack bundle will be available starting May 1, 2018.