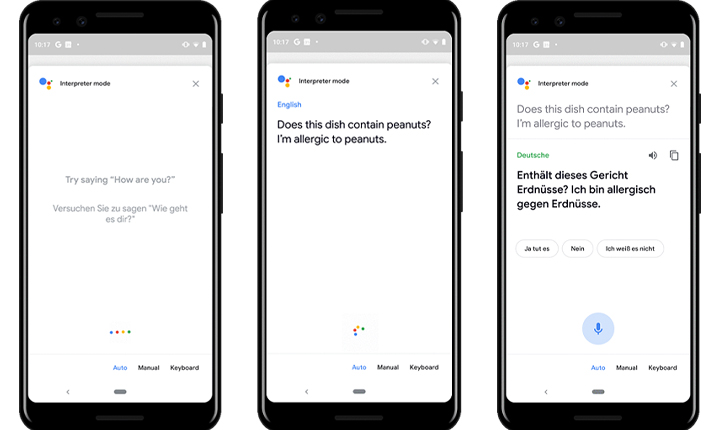 Google’s new Interpreter Mode is designed for travelers and can translate real-time conversations via the Google Assistant app. To start, say “Hey Google, be my German translator” or Hey Google, help me speak Spanish,” and Google will translate spoken conversation into text and speech. Google also Smart Replies that show you suggestions on how to respond without speaking. Google’s Interpreter mode can translate 44 languages and is already part of Google Assistant, so you don’t need to download a separate app.

If you want to check out the supported languages, click here. If you’re on iOS and want to use Google’s new feature, you may download the Google Assistant app here.