Snapdragon 820’s reign on on top of the world of benchmarking could be nearing its end as another chipset is coming and it’s from MediaTek. 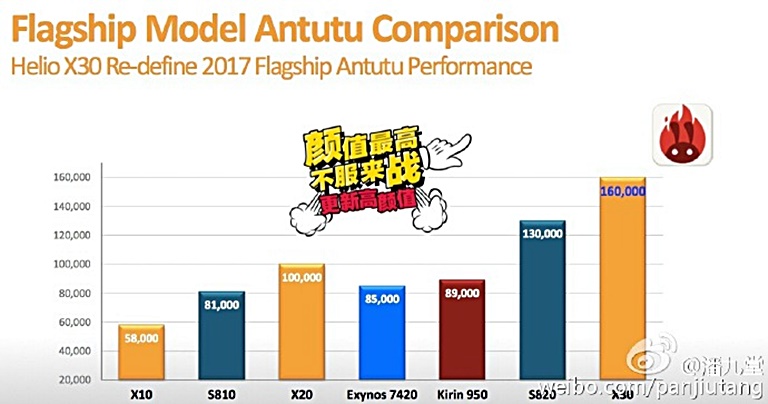 The MediaTek Helio X30, company’s upcoming and greatest SoC so far, had its scores posted on Weibo today by an analyst named Pan Jiutang. According to him, the Helio X30 will use 10nm manufacturing process and have 10 CPU cores composed of Cortex-A35 and a yet unreleased code-named “Artemis”. With support for 8GB of RAM, the chipset will be paired with a PowerVR GPU. It also shows here that the X30 scores 160,000 points on Antutu benchmark which is 30,000 points higher than Snapdragon 820.

While all these numbers are overwhelming for MediaTek, we’re expecting the Helio X30 to be used for 2017, not for this year, and the company is still working on other aspects like optimization of power consumption.