Snapchat for Web finally rolls out

Snap Inc. on Monday, July 18 has announced that they will be bringing its app to the web platform. This will be the first time the company is expanding its services beyond the mobile app since its release way back in 2012.

Snapchat for Web, just like any other messaging platforms derives its features from the Snapchat mobile app with a user interface intended for desktop or laptop use. Features like snaps, chatting with reactions, and video calling are all soon be accessible via Snapchat’s web app.

The company says it will also bring the AR Lenses feature for video calls in the future. 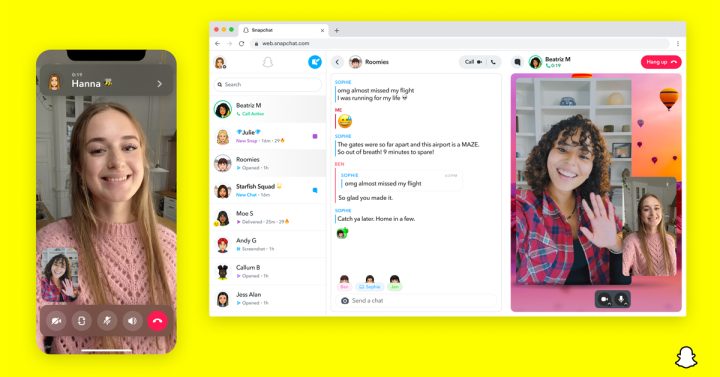 Snapchat specifically mentioned that it will only be compatible to the Google Chrome browser for now.

According to a report by TechCrunch, messages sent over Snapchat for Web will disappear after 24 hours, similar to the mobile app experience. The company also said that they will prevent users from taking screenshots on the web app, while also acknowledging that it isn’t perfect because users may still take a picture on the screen from another device.

In a briefing with reporters, Snap said it decided to bring Snapchat to the web after listening to its users’ feedback despite seeing itself as a mobile-first platform.

“We are always looking for ways to meet our community where they are,” Snapchat head of messaging product Nathan Boyd said in an interview (cited by The Verge). “It just felt like something that was an unmet opportunity,” he added.

Moving forward, the company plans to bring other features of its mobile app such as Memories and Stories onto its desktop experience, as they are primarily focused to bringing core features in the meantime.

Select users may now access Snapchat for Web by typing the URL: web.snapchat.com