Sony Electronics Inc. has announced the new SRS-NS7 wireless neckband speaker, the latest addition to its wearable speaker lineup, along with the WLA-NS7 wireless transmitter. The SRS-NS7 is dubbed by Sony as the world’s first wireless neckband speaker that delivers Dolby Atmos when paired with Sony’s BRAVIA XR television models. The SRS-NS7 has a fabric surface and a silicone neckband and sports IPX4 splash-resistant design. 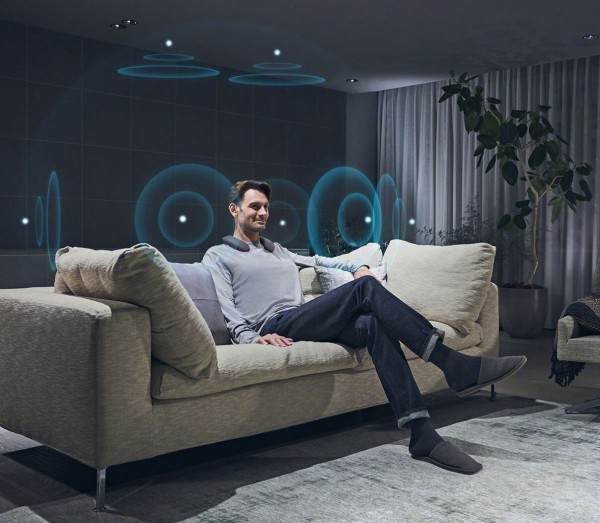 It also features Multipoint Connection, which enables users to connect two devices at the same time. Moreover, Sony claims that the SRS-NS7 has up to 12 hours of power and up to 5 hours at maximum volume.